The Journey is the Destination

I’ve always been an aspiring journal keeper, but only one semester in Paris did I actually manage to complete one (my “novel,” and even then it was all words). So I envy people like Marieke of Treats & Treasures who aren’t afraid to cut up their magazines and snapshots to create a one of a kind memoir. Lucky for us, Marieke is kind enough to share her pages (that started as an assignment to get into art school) with the world. 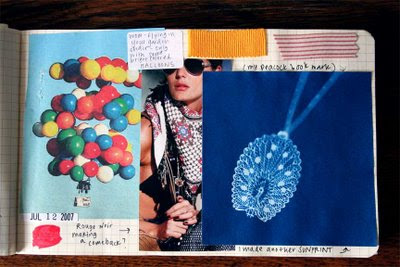 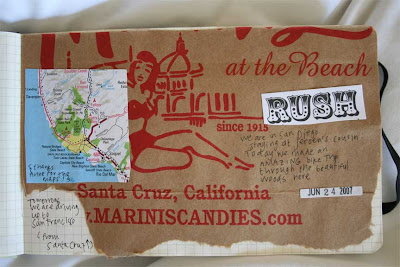 {Look! The map of California I sent Marieke (in exchange for her wonderful tips and
meeting me for coffee in Amsterdam) made it into her journal! What an honor.}
******

When it comes to travel, the journals of Dan Eldon are just as magnificent and touching as his story. Dan was born in London, but moved to Kenya at a young age with his family. It was in Africa (and through his extensive travels) that he developed a wide view of the world around him and a desire to help others. He picked up photography and later became the youngest photojournalist shooting for Reuters News Agency . Sadly, it was the work that he was devoted to that ultimately brought him to his end; in 1993, at the age of 22, he was stoned to death in Somalia while trying to document the very people he was trying to save. Read more about Dan’s life at DanEldon.org and read/view his creative talents in “The Journey is the Destination. . .” (compiled by Dan’s mother and sister). 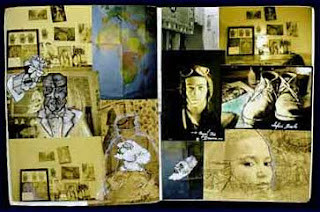 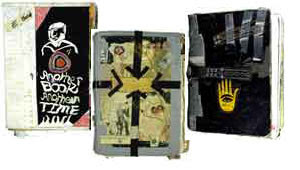 {Click here to look inside more of Dan’s journals}
His mother and sister, Kathy and Amy Eldon, also founded Creative Visions , a multi-media production company based out of LA and London aimed to help young artists, photographers and film-makers with projects of social or humanitarian relevance.
City StrollingAnthro 101