Let me preface this post by saying that I don’t like hot dogs (brats, however, are a different story) and so I can’t believe I’m about to devote an entire post to them. 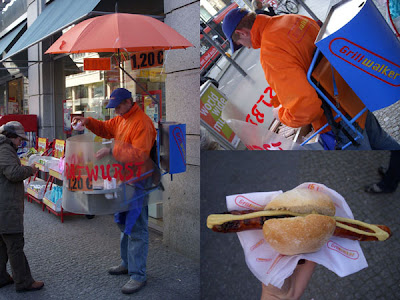 Meet the Grillwalker (yes, he even has his own website, and it’s actually pretty well done). As far as I’m concerned this is one of the coolest inventions ever – it’s an all-in-one self-sufficient bratwurst cooker/stand. Brilliant! And the dogs are damn good too. I was only further amused by the fact that the brats are super long and the bun is mini and round. I even went back for a visit for my second part in Berlin (Aaron was a fan too!). 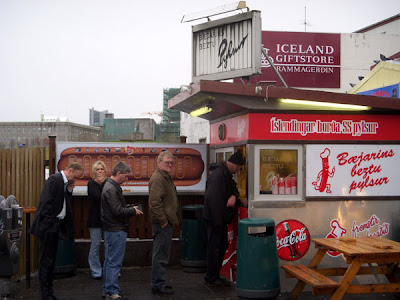 Meanwhile, in Iceland there’s this 6’x6′ hot dog stand that’s been around since 1937. Apparently there’s always a line (no shock really, seeing as it’s probably the best deal in town, because despite being fabulous, Iceland was wicked expensive). Anyway, Bill Clinton once hit up this stand while in Iceland. You can order a “Clinton” (aka a hot dog with mustard…nothing too exciting).

Night and DayEverything I Ate: Cyprus