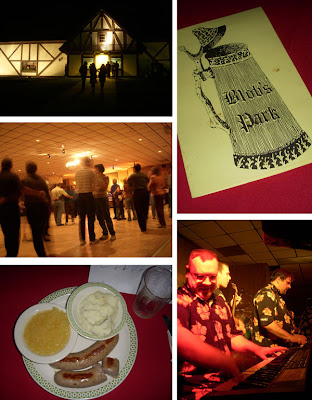 There are two times in my life where I’ve felt like I’m not just traveling to a different place, but rather a different time [in the States]. The first time was visiting my friend Willie in his hometown of Helvetia, West Virginia, and the second was going to Blob’s Park.

What’s Blob’s Park you ask? It’s only the best polka hall on earth! And despite feeling like you’re in the Bavarian Alps, it’s located in the industrial area of Jessup, Maryland. It’s been a fixture of the area since 1933 when Max Blob (what a fantastic name!) opened the first incarnation of the dance hall for his friends. Since then it’s grown over the years, and not much has changed since the 1976 expansion. There are definitely the regulars, primarily gray hairs, but they’re sweet as can be (look for Darlene in the photoset), always welcoming and eager that young people are joining in on their little secret.

Upon returning from my trip, I learned of the most tragic news ever – Blob’s Park is closing! Plan your visit now, before it closes in sometime this winter. It’s truly a wonderful time! . . Full image set from my visit this weekend here.

P.S. Currently watching “The Amazing Race” with my dad as we develop our strategy of how we’re going to win the NEXT race. (I think it’s a sign that the season premier is on his birthday!). . . Is it bad that I’m already praying the father-daughter team gets kicked off to increase our chances of being cast??? Really though there’s a large handful of teams that are pissing the crap out of me that need to go first. . . Stay tuned Sunday nights at 8pm on CBS.