Gnome for the Holidays 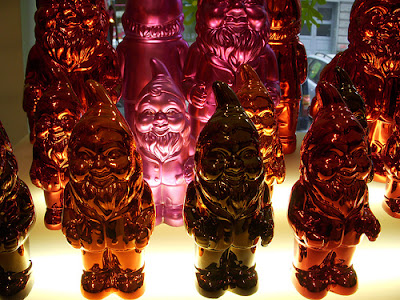 {gnomes in the cute shop Mobilien in Berlin}

People often ask me, so what’s the deal with the gnomes? I guess you could first and foremost say it’s an “Amelie” thing. I love the idea of sending a gnome around the world to encourage someone to travel. Second of all, there’s my aunt Betty and cousin Nicole. They came to visit me when I was living in Paris, and it became their thing to find gnomes and photograph them. Never mind that I had never seen a gnome in Paris up until this point, but together we spotted at least a dozen the week they were in town. Since then it’s just continued as a bit of a game for us. We even have aspirations to sign up for a “gnome carving” workshop at the Fletcher Farm School in Ludlow, Vermont.

And speaking of Amelie, in case you missed it the first time around, here’s the link to the Amelie Guide to Paris.