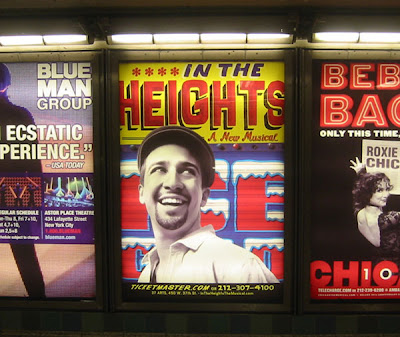 Last spring in NYC I saw the [then off-Broadway] musical “In the Heights.” It’s an incredible mix of Latin meets rap and R&B, like nothing you’ve every heard before [listen here], and with up tempo footwork to match. The brainchild of Lin-Manuel Miranda, “In the Heights” started as a project his sophomore year at Wesleyan about Washington Heights, the New York neighborhood he grew up in. Today the show moves to Broadway (and the songs aren’t only written by Lin, but he also plays the lead!).Break a leg!