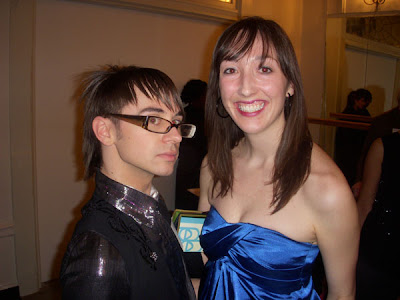 It took a lot of self restraint, but I did it, and waited until today [season finale day] to post this one. Saturday night at Expressions, the Baltimore School for the Arts gala, I met the fiercest kid in town: Christian Siriano (a BSA alumn), of Project Runway fame. And while he definitely is fierce [his favorite word on the show], he was super sweet to sign autographs, take pics (this one cracks me up! had no idea he was posing) and even raised $50,000 for the school in a matter of minutes by auctioning off two custom outfits (it started as one outfit, but a bidding war that got up to $25K resulted in Christian offering to do a second for a match…this from a 22 year old!). Now I’m really pulling for him to win on tonight! The final three show at Fashion Week tonight at 10 pm on Bravo.

P.S. See what Grace had to say here.