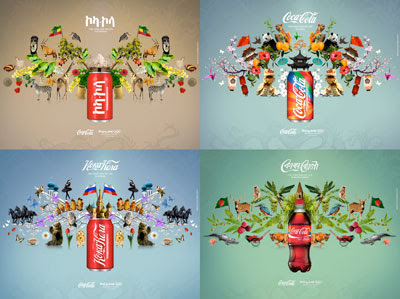 When I was a kid, I loved a book called Free Stuff for Kids. There were all sorts of addresses and you’d send off for free stuff (the early signs of my love of snail mail). The definite highlight for me were Coca-Cola stickers written in a dozen different languages. So I’m a big fan of the latest Coke Olympic campaign, where much of the branding is centered around the cans from around the world. Click one and an amazing animated collage of elements of that culture grow out of the can – it’s really a work of art. Visit the Coke site and once you’re inside the, click “Beijing 2008” and “Coke Around the World.” {great tip + image via How About Orange}

And speaking of the Olympics, congratulations are in order for Lindsay Shoop and Wyatt Allen, my friends and former teammates who were just announced to the US Olympic rowing team. Both will be competing in the prestigious “8” race. The coolest thing is that neither of them had ever rowed before they came to UVA (and Wyatt already has one gold metal + world record under his belt). Go ‘HOOs! Wahoowah! {image via USRowing}