As I feel like I’m face to face with a computer screen more often than not these days, I find myself craving the outdoors or making things with my hands. So my weekend getaway to visit my friend Willie at his brewery in Thomas, West Virginia was exactly what I needed for my 4th of July holiday weekend. 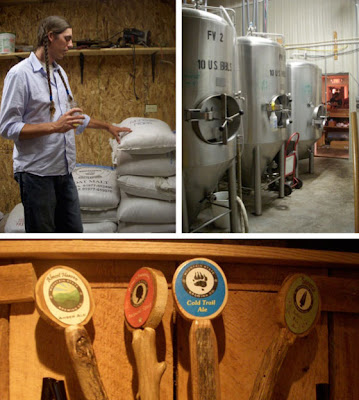 In college Willie (yes, the Willie Nelson style, braided boy above) would tell me about his plans for the brewery and show me preliminary sketches. I believed it would happen, but never as quickly as it did. Just a couple years later he and his step-brother, who had spent time learning to brew beer in Belgium, had everything up and functioning. The brewery is about to celebrate it’s third birthday, and later this summer a second location is set to open in Deep Creek, Maryland. While Brian perfected the beer, Willie put the finishing touches on the bar, doing all the stone work (look for the sun) and copper top. I love that the seating (saw horses!) is high, and there’s even a stone ledge to rest my feet. Even the taps are homemade, and there’s nothing like drinking a nice cold beer out of a mason jar. 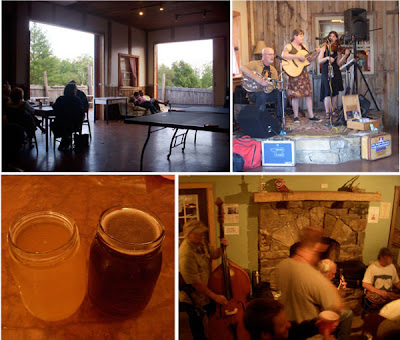 The brewery was recently expanded, adding a kitchen, outdoor patio, and most importantly – ping pong table. Thursday through Sunday the brewery comes alive with live music, often with locals joining in for the jam session. 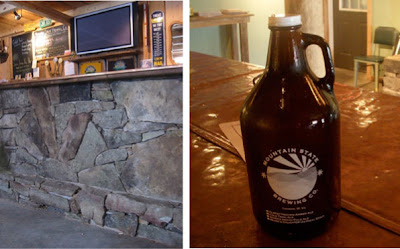 So as I sit in front of the computer to write this post, it’s inspiring to look back at what these brothers have done, and continue to make with their hands. Best of luck and much continued success, Willie and Brian!

For more check out Mountain State Brewing. . . and stay tuned tomorrow for more things to do as you plan your next trip to Thomas, West Virginia.