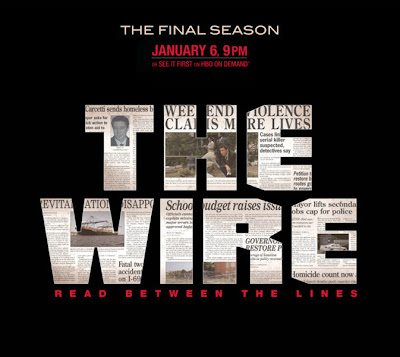 One of the best things about the election being over is that I can finally get to The Wire: Season 5 dvd that’s been sitting next to my tv aching to be watched for over a month now (it’s the kind of show that needs ones full and undivided attention). I’m just getting into the fifth – and final – season, but I feel like I’ve gotten to know the characters intimately through the past four. And while this season acts as the final chapter to a series that reads like a book about the difficult, and less than glamorous (yet brutally honest) sides of Baltimore, part of me is dying to know how the characters would react to today’s world. How interesting would it be to see David Simon (the writer/producer/genius behind the show) write a hypothetical article about how he thinks his characters would react to the current political results and economic climate? Any thoughts, Wire fans?