I’m so pleased to bring you the second installment of BOARDING PASS, with my latest featured designer: Eleanor Grosch of Push Me Pull You Designs. Besides being an awesome illustrator and designer (her fantastic animal prints have even made their way onto Keds shoes and Chronicle Books stationery), she is an avid traveler. She also was cool enough to travel to Cambodia and Thailand last year. So without further ado, the fun side of travel from Eleanor . . . 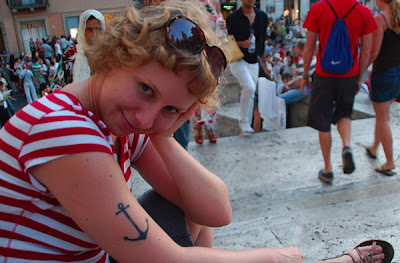 last trip taken:
A little of Paris, Dublin, Dubrovnik, and Rome summer 2008. It was a quickie, but I kind of like to bang things out like that. My brother and I are into taking 2-3 week trips apparently, since we’ve done nothing but that for the past few years.

next trip on deck:
Oaxaca to Belize and Guatemala in May. After that, my ultimate trip would be Papua New Guinea! It is probably the most fascinating place to me right now. It’s so enticing since it’s full of unique wildlife and cultures that have been catapulted from the stone age to modern times in the past 20 years or so. The mash up of living in the internet era and having TV and all of that, but also being from a culture that still has ancient tribal ways is a very unusual experience – very particular to PNG it seems. I’ve heard that the people are very welcoming and nice, but there’s also a lot of violence in the cities due to poverty, so it’s a bit intimidating. 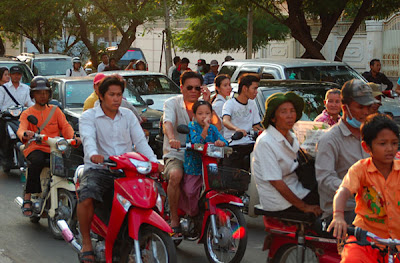 one place you would go back to again and again:
My couch! I think I could go back to Cambodia again and again. I loved how it was full of friendly people who were excited about welcoming tourists to their beautiful country. It’s great to be in a place where you feel welcome, and I really did there. Also, it’s got a great culture – Cambodia’s heartbreaking recent past left the country in shambles; now the people are getting back on their feet and their eagerness to recover is apparent. The people we met are very proud of their heritage. It’s cool to see the legions of motorcyclists all wearing traditional Cambodian scarves while they drive seemingly straight into you – it takes a deep breath and a lot of bravery to cross the street there! You’ve gotta be sure of yourself. 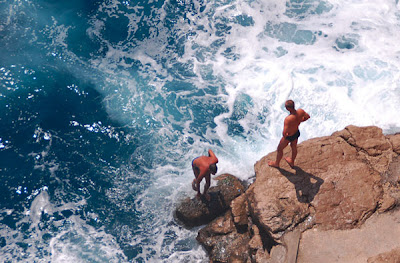 place you’d most likely recommend a friend go visit:
Cambodia! Also, Dubrovnik was cool since you can go swimming in the deep sea right off the coast of the city. The waves are intese and it’s really clear that you’re in the wild sea swimming there.

place you’d never go back:
Thailand – at least Bangkok. I felt taken advantage of by every price gouging taxi driver, and the number of fake-o “travel agencies” is shameful. I really hated feeling like a stupid tourist there! It’s tiring to have to second-guess people’s intentions constantly. 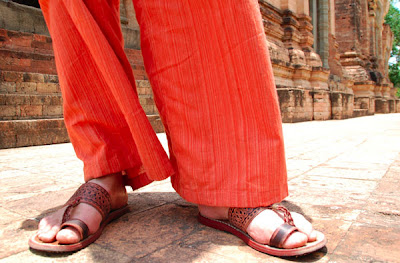 preferred method of transportation:
Getting there: Airplane!
Being there: walking – I really feel that you get the feel of a place a lot faster by walking around. It takes a lot longer, but I think it’s worth it. 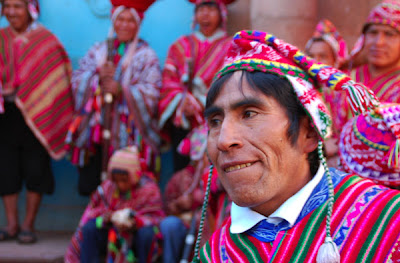 most memorable trip:
Thailand – Cambodia last summer. It was incredible and the contrasts between the two places was amazing. 2nd: Trip to Macchu Pichu – it’s breathtaking. 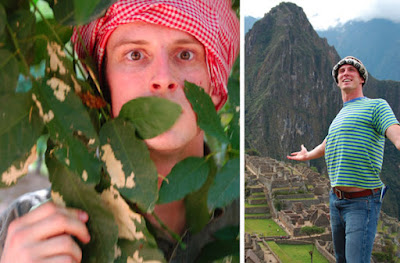 how do you prepare for a trip?
I’m a good packer – very light. I find that you can always pack lighter, though. I always regret bringing too many shirts. Once I brought 3 pairs of underwear on our trip to Peru – I regretted that too! 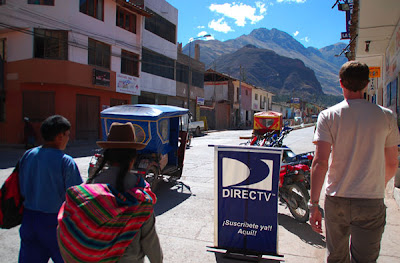 how do you record your travels when you’re traveling?
I blog! 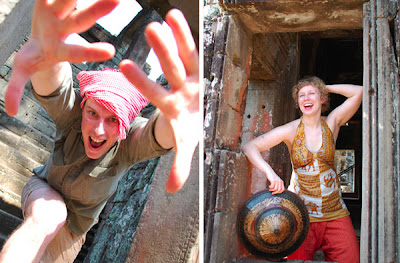 what is your favorite thing to photograph in a new place?
My brother in front of weird stuff, especially if he’s in a hat. 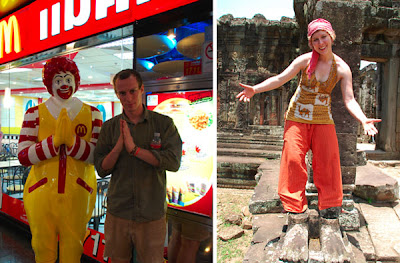 on an average, how many pictures to you take on a trip?
Eoin and I take about 200 pics of each other in front of stuff per day on a trip. Some of the pics are really funny! We get really into it. Once, after taking a shot or two, Eoin asked me “did we just travel thousands of miles just to have a good backdrop?” I think the answer was partially “yes!” 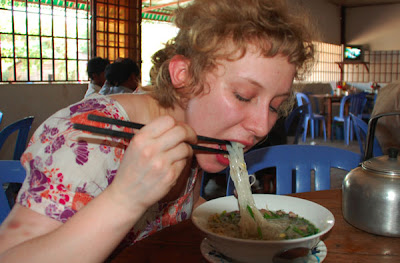 what’s in your “designer travel kit” ?
I bring my little ASUS mini computer so I can blog and edit photos for posting. I also bring my Nikon D40 – it’s a nice camera, but not so amazing and expensive that I’d be heartsick over losing it. I think it’s good to strike a balance between quality and replaceability. It keeps you normal. 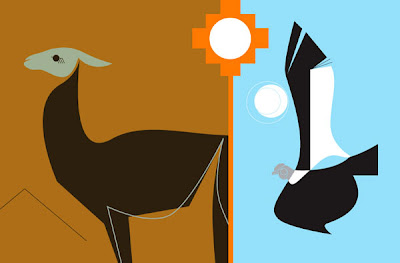 what do you do after a trip? how long after a trip does this happen?
I usually think about what I’ve seen and what I kind of animal print I could make to capture something about the trip. For example, I drew a an Andean Condor after our trip to Peru – I had seen one that I thought was wild but, sadly, it was a wing-clipped bird in the care of a tourist-trap place. 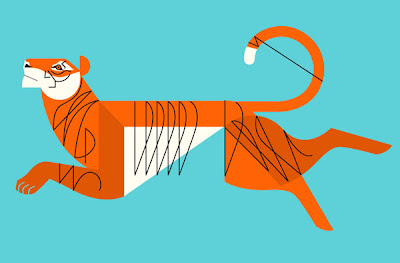 Catch all of BOARDING PASS here.