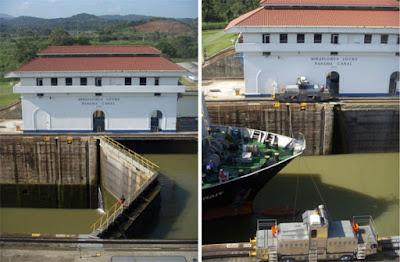 No trip to Panama would be complete without a trip to the Panama Canal. Normally something that I wouldn’t think of as my cup of tea I was pleasantly surprised by the spectacle. Our first full day we visited the museum and observation tower. I thought we were off to a bad start when our tour guide stopped and insisted we get out to take a photo in front of the official Panama Canal sign outside of the grounds, but luckily after that it was smooth sailing. We were able to see a couple giant cargo ships pass through the Miraflores lock (lock closest to the Pacific Ocean). The live commentary – in English and Spanish – over the loud speaker was very beneficial and well done that answered all our questions about the opening of the doors, the filling of the locks (happens in 8 minutes) and about the locomotives that help drive the ships through the locks. 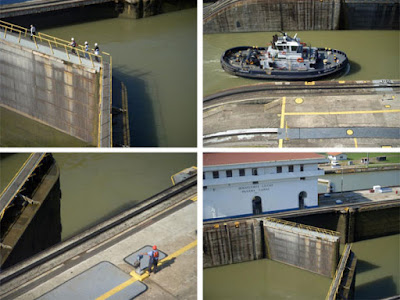 Two days later we experienced the lock system ourself on a much smaller boat during our partial transit of the canal through the Pedro Miguel and Miraflores locks. Very cool and very impressive engineering. 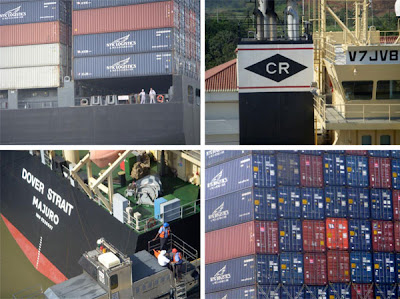 The canal clearly brings much to Panamanian pride, not to mention the economy (large cargo ships pay around $100,000 or more to pass through, depending on maximum capacity). At the moment two new series of locks are being constructed (right now anything larger than the PanaMax ships cannot fit through the locks) that unlike the current locks, will incorporate recycled water through basins.

For everything and more you’d ever want to know about the Panama Canal (complete with webcam), check out the official site.
Happy New Year!Manolo Caracol