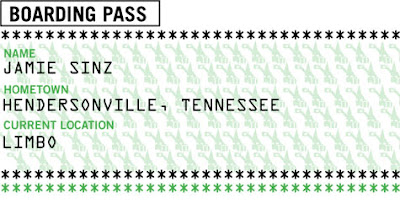 For today’s edition of BOARDING PASS I’m pleased to introduce you to Jamie Sinz. An architect/designer, she along with her boyfriend Nik quit their jobs last spring to travel around Asia for six months (click here for her amazing year in review). As someone whose maximum vacation period is 10-12 days, reading Jamie’s blog is truly inspiring and has me wondering if a “gap year” is something I should be considering. The idea of slowing down while traveling is highly appealing. Jamie chronicled their travels through beautiful images and wonderful recaps. They returned to the States in time for the holidays, but I highly recommend taking a trip through her archives. Next week I’ll be back to share Nik’s look at travel, but take it away Jamie… 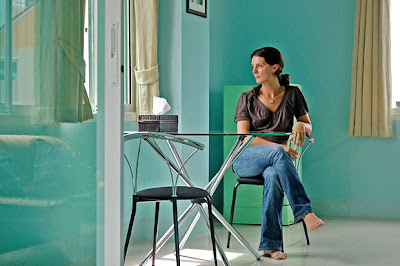 Nik took this photo of me right after we signed the lease on our Thailand apartment, and it proved to be very appropriate because we would spend so much time daydreaming while looking out that window. 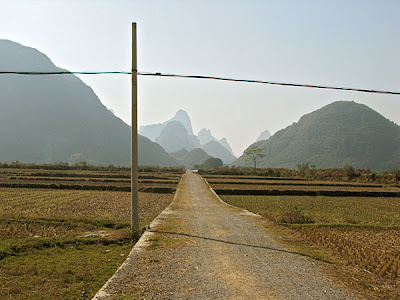 This was taken during a bike ride in Yangshuo, China and I think it captures the vastness of the countryside with the mountains shooting up everywhere. 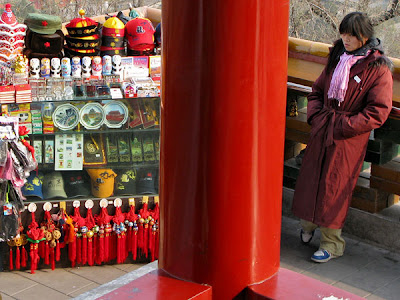 I thought it was hilarious how bored this salesgirl looked at Jingshan Park in Beijing.

next trip on deck: I’m going to Paducah, Kentucky to visit my sister next week. Does that count? No big plans.

place you’d most likely recommend a friend go visit:
Too many places. So one that most people don’t think about is the Olympic Mountains in Washington just south of Seattle. It’s heavenly. 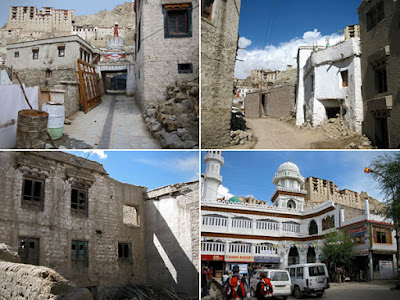 The streets of Leh.

place you’d never go back: Agra and Varanasi, India…seeing them once is plenty.

preferred method of transportation: My own two feet

place you’ve never been but dying to go: South America

most memorable trip:
India 2008 was incredibly grueling, but so rewarding. Bombs went off in cities we had just left and stampedes killed hundreds, but despite all of this the Indian people were the kindest, most curious people I have ever met. 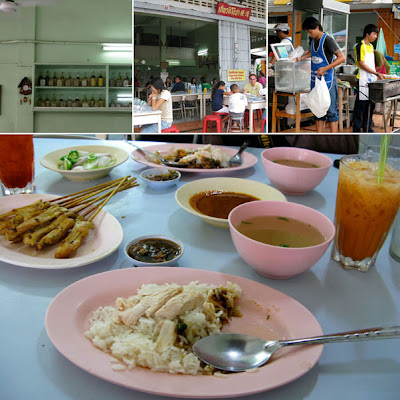 Our favorite boiled chicken place in Chiang Mai. The atmosphere here was amazing. From the owner yelling orders to the mint green walls with bottles of whiskey proudly on display.

how do you prepare for a trip?
For the 6-month trip, we really didn’t do much before we left. We purchased the Lonely Planets guides for Thailand, India and China, arranged all of the proper documentation, and bought a ticket to Bangkok. Then did all of the site specific research once we arrived. For our 1-month trips to India and China, we spent 2 solid weeks doing online research. First, we planned our route and approximate schedule. Then we made hotel and transportation arrangements, and I made a list of things I wanted to do in each town. If we had been in America, we wouldn’t have made hotel reservations, but that’s it.

how do you record your travels when you’re traveling?
I carried a laptop to do blog entries and a written journal for late night thoughts. I tried to write in one or the other every day. I also kept a pocket sized notebook with me at all times that I would record everything during the day from meal prices to Gin Rummy scores. 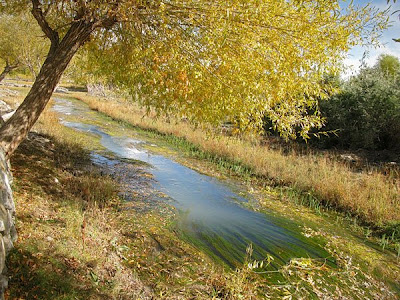 This was taken on a walk near Leh, India where I was struck by the bright green algae that had grown in the stream, and then I looked up to find the amazing yellow leaves. The colors were just amazing.

what is your favorite thing to photograph in a new place?
Anything that captures my first impression of a place

on an average, how many pictures to you take on a trip?
About 50 photos per day 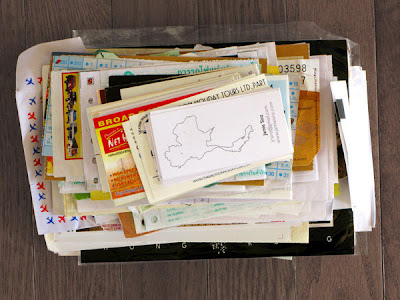 As I travel, I collect tickets, receipts, maps, stamps and other random pieces of paper with the hopes of collaging them together one day. This is the pile from 6 months in Asia that should make one rather large piece!!

what do you do after a trip?
For the most part, I blog during the trip, but if there are still random things missing, I try to finish them within a week. I do some collages with tickets, receipts and maps, but that sometimes takes a couple months. And for the big trip, we are planning to do a huge photo book, which will hopefully be finished within two months. 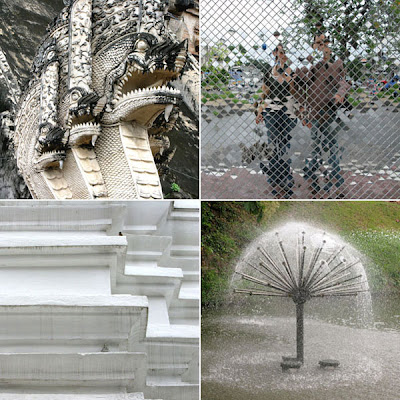 one thing you’d like to do more while traveling?
I like to contact someone living in the cities I am traveling to, and meet them in person at least once at the beginning of the trip. They could be friends of friends, fellow bloggers or couchsurfers. Every time I have done this, it resulted in a better understanding of the city and really good food!!