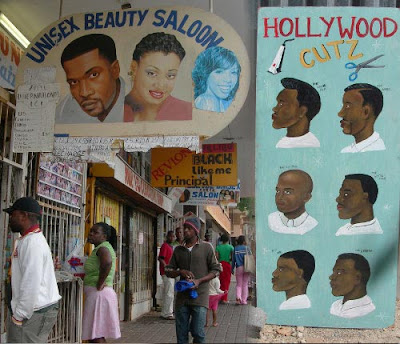 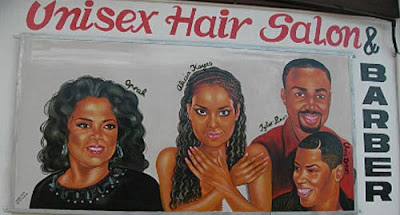 I’ve always been fascinated by the visual languages of different cultures. One of the most distinct examples I can remember from my travels were the barber shop signs in Cameroon, where the depictions were similar to the ones pictured above. So I’m especially fascinated, and drawn to, the advertisements below for Adidas. 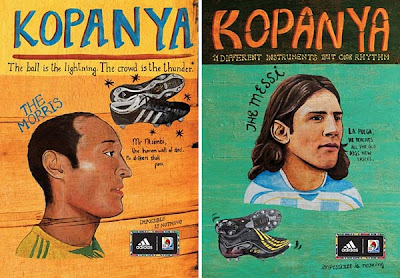 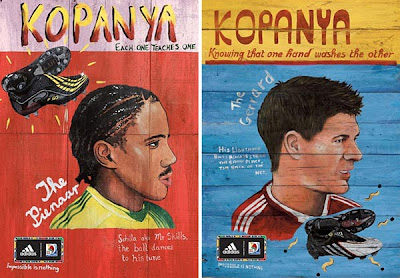 According to this blog, the series was commissioned in the style of African barbershop signage to celebrate the first time the Confederation’s Cup game being played on African soil [South Africa]. Kopanya translates to “together,” both fitting into Adidas’s overall branding campaign, and also happens to be the name of the Adidas’s soccer ball being used in the match. I definitely love how they stand out from the typical advertising we see. There is a certain cultural and visual understanding in the “Africanizing” of these international players that is definitely missing in much of the world around us. {via notcot}

Souvenir FunI Bring What I Love