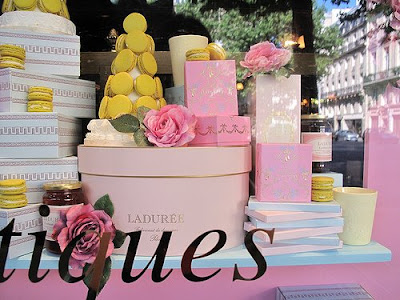 The French do a lot of things right, but the thing I appreciate most is their love of holidays. But when you’re traveling and already on vacation I quickly learned that the French love of holidays can be over-rated when you’re on the flip side. Apparently Monday was Pentecoste. Major holiday? Not exactly. Did they have a holiday less than two weeks ago? Yes. But that didn’t stop the majority of shops, boulangeries and even newsstands from taking the day off. Part of me even wonders how the French keep all the days off straight (after the fact I did find this calendar online if you want to double check before heading off for your next trip). There were never signs on shop doors saying “closed Monday” or anything of the like. Why? Because it’s a holiday of course! There’s some secret language that clearly I, as the étrangère, did not speak, because even half of the escalators around the city seemed to take the day off as well (extra fun when you have baggage on the way to the airport!).

My final mission of the trip was to pick up a rainbow of macarons worthy of Marie Antoinette at La Dureé (happy birthday, Felice!). Typically the popular patisserie/cafe opens at 8:30am, but Monday – a jour férié – try 10am. All the boulangeries I passed en route were closed, so my innards were practically eating themselves as I drooled over the display windows [above]. So after over 30 minutes of waiting and thanking myself for not attempting to show up at the actual opening time, the crowds grew outside. We were practically clawing at each other to be the first in line. But alas, even on a holiday I was able to get my special treats, and the perfect souvenir from Paris.

Lesson learned: don’t leave anything until the last day, and note that just about everything is closed on Sundays and holidays in France.