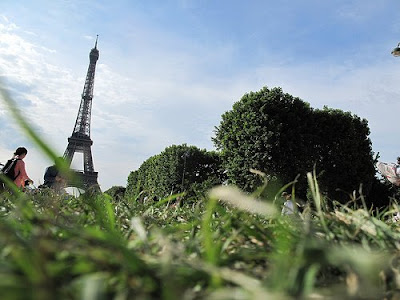 Just two days ago I found myself soaking in the sun and enjoying the views of La Tour Eiffel from the Champ de Mars (clearly we weren’t the only ones with that idea). So it was wild to arrive home to Baltimore last night and get an email from a former classmate passing along the link to this article from the Baltimore Sun with claims that Baltimore had plans to purchase the large metal structure from France (for a “mere” $550,000) to re-erect in Clifton Park for Baltimore’s centennial in 1897. There is still some question of the validity of the purchase (that clearly never happened… and also was never reported in any Baltimore papers), but fascinating nonetheless to see how these two unlikely cities were almost tied. Get the whole scoop right here. {Thanks, Jon!} 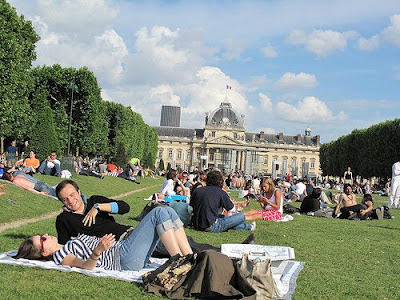 P.S. By some small miracle I already got my trip pictures posted. You can check out the edited bunch here, but I’ll be posting many of them along with tales in the coming days.