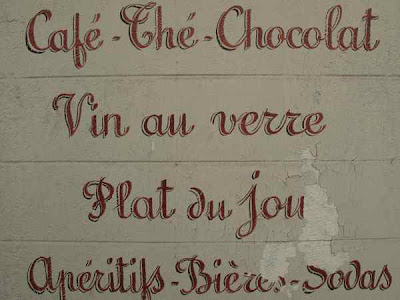 I’m not sure why it’s taken me this long to write this post. It’s definitely blog worthy, and there have been multiple people breathing down my throat for a full report. Maybe grad classes are just keeping me busy, but really I think it’s because I’m nervous to share my latest best kept secret about Paris. And with all the press it – dinner chez Jim Haynes – has received around the world, it’s hardly a secret anymore. I just know I want to be able to go back, so let’s just keep it between us. Ok?

Over thirty years ago Jim started opening his home to friends and strangers alike. Long before social networking sites like Facebook or Twitter, word about Jim’s weekly Sunday dinners spread in the best marketing form known to man – word of mouth. While the goals of the dinners is to connect people, “the regulars” were sure to let us know that the dynamic has changed since word has spread. There are fewer familiar faces and more people who just pass through. But surely in 30 years, the dynamic is sure to grow and evolve.

So a week or two the dinner I emailed Jim to make a “reservation” for myself and my new friend Zoe (she too had magically heard about the dinners). We were top of the waiting list, but “the waiting list is normal, and we’d surely be at dinner on Sunday.” And lucky for us, and this amazing fall weather we were having, it was a perfect night. While weather is great, it also meant that a bigger guest list was ok, as the party can spill out into the garden.

Backing up, Zoe and I met at the metro and pulled out the very specific directions to Jim’s place (don’t worry, by the end of it he has you counting the number of steps you’re taking). Before long we were walking behind a couple as we read directions aloud. The turn around, and in their strong southern accents as us if we’re headed to Jim’s too. We weren’t at the party yet, and we were already making new friends!

We actually ended up behind two young Brits before we even made it to the giant green gates. We were in. The party had started. Within a minute we had wine in hand, and then checked in with Jim. He’s easy to spot. His red apron says “Jim” on it, and his personality is welcoming. Before we can introduce ourselves he’s already introducing us to others. (Note: he later had to tell me and Zoe to go talk to other people, but little did he know that the whole time he wasn’t looking we were talking to other people, so of course we had to compare notes).

I’m not sure if it was the fact that I was sleep deprived from my late night dance party the night before, but I couldn’t help but feel like I was in a movie the whole night. I’m sure the wine helped too. For someone who was always called “the quiet one” growing up, it was fascinating to find myself in this situation with complete strangers and how normal it felt. It’s quite rare to find yourself at an event where really no-one knows anyone. So you’ve got to start somewhere.

The first real conversation of the evening was with the two Brits we followed in. It was a fast paced conversation in an attempt to keep up with British humor. But somehow it became this conversation of trumps and challenges. He says the catacombs are closed, I say go visit les egouts (the sewers!). He says he’s an actor; I say do you know my favorite British playwright – he says yes, indeed he knows all about Kwame Kwei Armah, but has also seen “Elmina’s Kitchen.” I say we put on that play at the theater in Baltimore I used to work. Oh, Baltimore? The Wire. Yes, I know it. . . Here I am in Paris, at a random house having dinner with strangers, and my first conversation is about the things that bring me so much joy.

Throughout the evening I chatted with a musician from San Francisco, an architect from Vancouver, a couple from Scotland on their honeymoon, two brothers from the states (one whose son has his own show on NPR) and got an invitation to stay on a luxury Nile River cruise. Pas mal, for my first dinner at Jim’s.

But dinner wouldn’t be complete without food! And the food, it was delicious – three courses and definitely one of the best dinners I’ve had since my arrival in late August. (All for the suggested donation of $25, or whatever you can give).

So if you’re patient enough to make it through this entire post, perhaps you have earned the right to join the company of dinner at Jim’s. I highly recommend it. I’ll definitely be back.

Not in Paris? Why not try out the Sometimes dinners in Baltimore? or the Sunday Suppers in NYC?