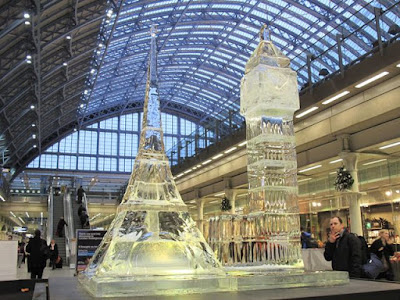 While the New York Times specializes in their “36 Hours in …” travel guides, I had to take it a step further for my 28 hours in London. I loved my friends reactions, “what!?! you’re back already?” Granted, I would have loved to stay longer, but looming papers and the threat of a French medical exam (whew! I finally got scheduled to go for my chest x-ray next Tuesday – yes, I have to have my chest x-rayed in order to live in France) hanging over my head. But as I ran from class last Tuesday after giving a presentation to the metro to head to Gare du Nord. Can I just remind you how easy train travel can be? Just an hour later I had boarded my train with baguette sandwich picnic lunch in hand. The only flaw in my plan was that I had waited to week too long to buy my ticket, and prices had doubled – so that’s my advice to you: buy early when traveling on the Eurostar. 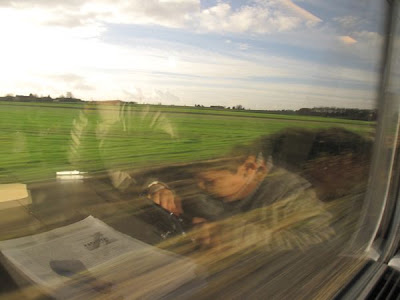 Besides the meager leg room, and the 6-year old across from me who thought my legs were a pole more often than not (he was super cute, so I forgave him), and was an easy, pleasant ride. And just a couple hours later, and there I was, in London. Maybe it’s just me, but sometimes I wish these distances were longer, because it’s the one time I get to catch up on my book and unwind. 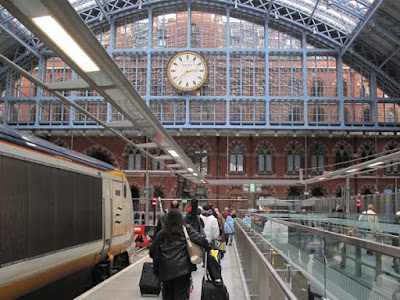 I’m kicking myself now for not photographing it, but my first step onto the Tube and I had the feeling I’m not in Paris anymore. Funny, because looking at the cast of characters around me, I wouldn’t have guessed any of them spoke English, but clearly they all did. But really, the the most shocking thing to me was the sheer infusion of color around me. Yellow poles, shiny purple sneakers, bright orange pumps, a white hoodie with bold neon stars. So let me remind you here that Parisians wear 3 colors: black, brown, navy, and maybe, just maybe, they’ll venture to a dash of red. I have this game I play where I look at groups of school children (elementary or high school age) and count how many people are wearing anything besides the “big 3.” Seriously, the highest number I’ve ever gotten to is 2! And usually that’s just with a muted purple. So COLOR was my big welcome to London. 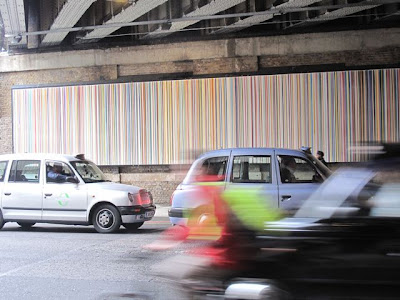 Not only was my train trip easy, but so was the ride on the Underground. Heck, I even had someone ask me for directions in my first 5 minutes of arriving. And their waiting for me at my final destination was my wonderful friend Despina. And from there it was non-stop chatting and catching up for the remaining hours of my visit. The big joke became that I came to London and she took me to a French cafe. But it was in this capacity that I realized that I live in this very in-between these worlds these days. It’s very natural for me to be speaking in English with a friend, and then switch to French when ordering something or talking to strangers. The entire visit I had to remind myself that people speak English here. It was a conscious effort. I even noticed it was an adjustment at the play that night the characters were speaking British English. But by act two it felt natural. 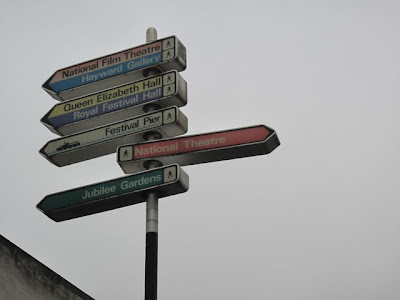 The next morning it was up and adam to seize the day before my return to Paris that afternoon. This 28-hour trip was also poor planning in the fact that Marinos was working night shifts, and so our paths crossed in between his 13-hour shifts at the hospital. But one always needs an excuse to go back, right? 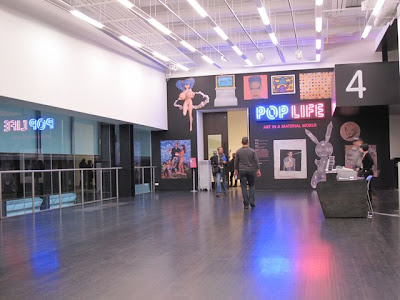 Our morning started with a walk along the South Bank on our way to the Tate Modern for the “Pop Life” exhibit (fun but loud). On the way we stopped by the BFI [British Film Institute], which is one of Despina’s favorite places in the city. Next visit I’ll definitely have to stay longer than a walk through the space. But it was also the point in my trip that I realized that after my experience working for a theater and for architectures, I think I’m more interested in the space, signage and interiors than what the space is actually used for these days! The same effect happened to me at the Tate. I feel like I’m constantly doing research for my next project (a good thing). That, and maybe I’m just easily amused. After a successful visit to the Tate, re-energizing drink in the top level cafe, and an even more successful visit to their gift shop, it was onto our next adventure. 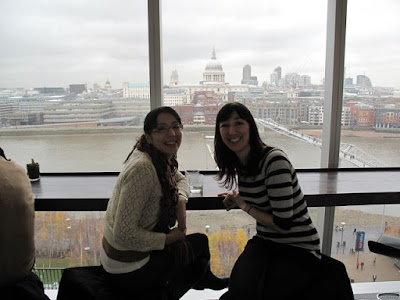 In my Bollywood haze of a paper I’ve been writing, I knew I definitely had to take advantage of something London is best known for: Indian food! So were were off to Brick Lane. Despina had never been before, so it was an adventure for both of us. But that’s what visitors are for – to give you an excuse to try things you’ve been dying to but just haven’t gotten around to doing. On the way we passed loads of delicious-looking bakeries interesting shops, and even saw a minaret being erected. Now 2:30, we had definitely missed any lunch rush and had our pick of places. So of course we opted for the restaurant that offered a “highly recommended mouth-watering menu.” So good. 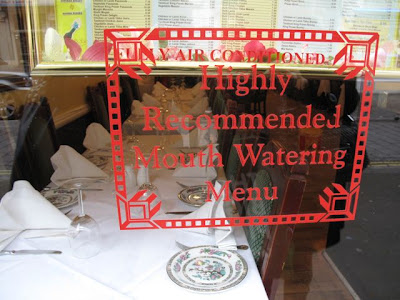 And that my friends, is how you do 28-hours in London. Click here for more pictures!