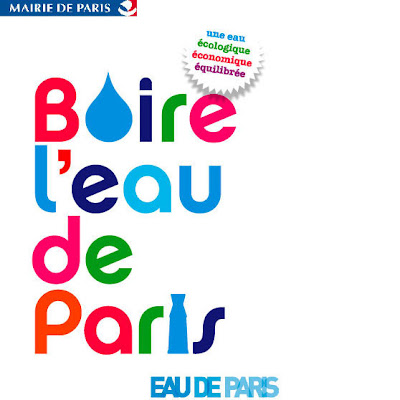 Hands down, one of my favorite dinner conversations to have in Paris is about water. I’m serious. Nothing perplexes me more than the lack of water that Parisians consume on a regular basis. I’m practically like a baby, constantly nursing the water bottle that I keep in my bag at all times. I drink water all day, but I still manage to wake up dehydrated. Yet, spending the entire day with a French person, they leave me perplexed on how they survive on the lack of liquids. Are coffee and wine seriously enough hydration for the French?

If you ever have been to a Parisian cafe and asked for a “carafe d’eau” (aka, the free water that acts as the only means of ever getting a refill of water in this city) you’ll start to see the problem I face. Fundamentally one of the main issues I have is that the glasses they give you are about the size of a shot glass. Ok, maybe I’m exaggerating – they’re really the size of a double shot glass. This begs the question, do people not get thirsty here?

Let me give you 2 examples from my weekend.

Friday night I was out with 2 American friends and a French friend. The 3 Americans completely downed a couple glasses of water, emptying the carafe d’eau before dinner even arrived. Meanwhile, the glass of the French friend stayed full, even after dinner. This then turned into the topic of my favorite dinner conversation – French and American cultural differences, and why the French don’t drink water. Honestly, it was something she had never pondered before, especially at the level I have. The best answer she came up with was that she tries not to drink when she eats. All I had to say to that was, but don’t you get thirsty?

The next day a different French friend came over to my apartment. I nearly killed her by making her hike up the 6-flights of stairs to my place. Whew. I did it, I made a French person thirsty! I ask her if she would like something to drink. A big yes to water. So, being the American that I am, I filled up a big (yet, still small by American standards) glass of water. All I have to say was that after our 2 hour project meeting, I was completely and utterly dismayed that the cup of water remained nearly as full after that time as when I gave her the glass. She even saw me pour the classy bottled water – no calaire-infused [the chalky, calcium build up that often is found in Paris water, even though it’s completely safe to drink] water for her.

{image part of the l’Eau de Paris campaign to encourage people to drink city water; they even have these really cute carafes they sell around the city for 10 Euros – the carafes make me want to drink more water, so maybe the Maire de Paris is going after the wrong target audience!}