Growing up it was always my dream to work for National Geographic. For travel writer Janelle Nanos, it’s a reality. I first encountered Janelle through NG’s Intelligent Travel blog, and these days I follow her own posts as she makes her way around the world for work and pleasure (imagine that!). We seem to have a lot in common from traveling with a yellow purse to loving Morocco (her number one place to recommend to people). So without further ado, enjoy a taste of Janelle’s travels! {Thanks, Janelle!} 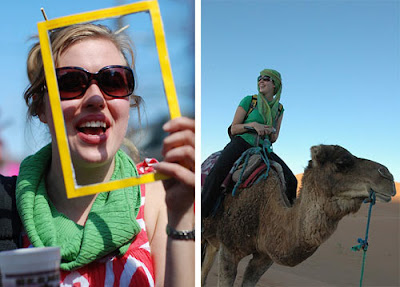 last trip taken:
I found it rather ironic that in order to escape the snowpocalypse in Washington D.C., I actually had to head north to Canada. More specifically, I was in Ottawa, Ontario, for a wedding/work. In short: My fiancé’s brother was getting married, and I was working on a story for my magazine, which is pretty much what I do whenever I go anywhere. But the city was lovely and in the midst of both pre-Olympic frenzy and Winterlude, meaning there were ice carvings, skating on the canal, and yum—BeaverTails, the fried-dough treat served with sugar or maple glaze that alone was worth the trip. The wedding was beautiful, it started snowing lightly just before the ceremony and they took pictures on the canal. 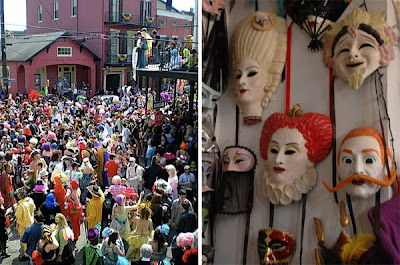 next trip on deck:
New Orleans! I wrote a story about Mardi Gras for Traveler that ran in the January/February issue, so I went to NOLA twice last year to talk to the people who work behind the scenes to make Fat Tuesday magical. But I haven’t been with my fiancé yet, and I’m so thrilled to show him around town in April. New Orleans is the New York City of the south: hectic and colorful and a little bit crazy, and their love for their hometown is equally fierce. I could definitely live there.

one place you would go back to again and again:
I lived in New York City for five years and worked at New York Magazine at the time, so the city has imprinted itself on my DNA. When I go back I go on autopilot, and can navigate my way around like nowhere else. Internationally, it’s a tough toss up between London and Dublin. I’ve been to London numerous times and adore it, but I don’t think I’ve ever felt so at home in a foreign place until I arrived in Dublin. It’s the Irish in me I guess, but I felt in a weird way that I’d always been from there. 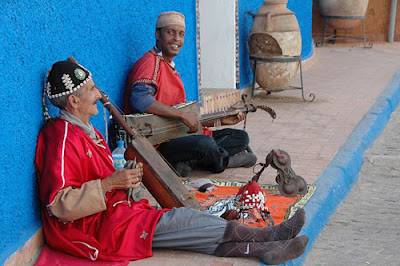 place you’d most likely recommend a friend go visit:
Morocco. I can’t stop talking about it, in fact. I just spent two weeks there in November, and I still don’t think I’ve processed it. It’s such a fascinating mix of cultures and colors. I loved my glass of sugary-sweet mint tea and the thin-skinned tangerines served after every meal; the way the stars were planetarium-perfect during our night in the Sahara; and I could meander through the alleyways of Fez for months without ever finding my way. 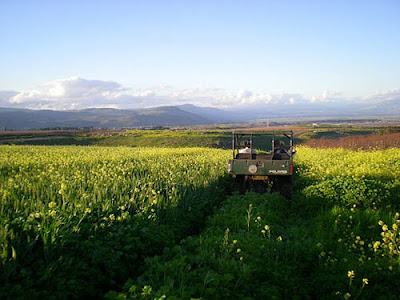 preferred method of transportation:
It’s funny because I’m not a huge cyclist in D.C. but I almost always rent a bike when I travel to get the lay of the land. And I’m dying to take months off and do one of the epic bike rides with the group Tour D’Afrique. But I also love public transportation in foreign cities, as it lets you interact with locals and people watch. I’ve probably missed my stop dozens of times because I was too busy admiring the styles of the Madrid teenagers or London gentlemen in their three-button suits. 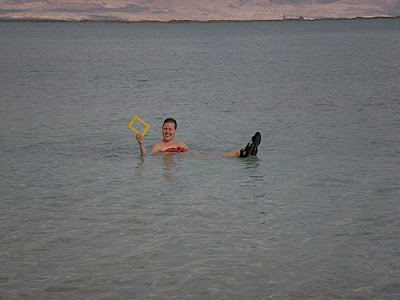 {swimming in the Dead Sea}

place you’ve never been but dying to go:
That list is too long to get into here. But I’ve yet to visit Southeast Asia or Australia, and I’d love to take some serious time to explore both. I also think it’s rather ridiculous that I’ve never driven cross-country through the U.S., as I love road trips. That’s in my blood, I guess, as my parents did it back before I was in the picture, and their photos are some of my all-time favorites. City of desire right now is Copenhagen, I’m kind of obsessed with getting there soon. That and I have to plan my honeymoon…. 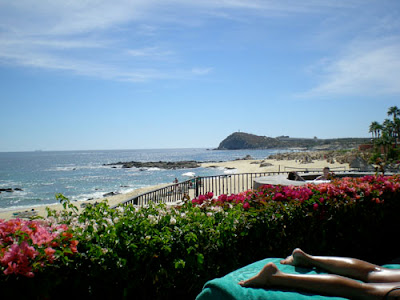 place you’d never go back:
Downtown Cabo San Lucas. I went a few years ago with my fiancé and my family, but we stayed outside of the downtown hotel area. We spent the week exploring the adorable town of Todos Santos and searching for remote beaches as we drove along the coast (I became addicted to searching for the mist spouts that would appear before seeing a whale), ate street tacos and watched a local soccer game. But when we finally ducked into the downtown area for dinner one night, and found the tacky spring break stuff at its worst. Making things all the more awkward was that my mom’s friends wanted to hit some of the bars nearby; no one should ever have to experience El Squid Roe with their mother. 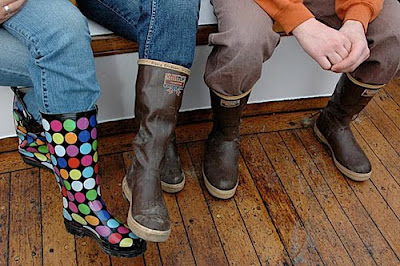 most memorable trip in 2 sentences or less:
In college, I spent a month volunteering at a school in Seine Bight, a village along the coastline of Belize, and it was the first time that I remember being witness to how poverty and beauty can coexist alongside each other. Gorgeous beaches with homes built precariously on stilts, and a community that had so little but welcomed us so openly, sharing with us all that they had. 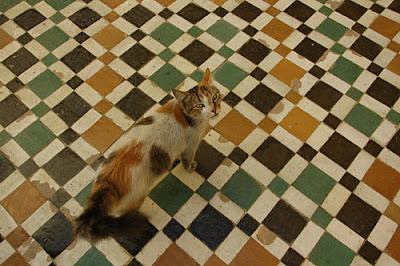 how do you prepare for a trip?
Research and reporting. I tend to try and make a lot of contacts before I head out somewhere, find a friend-of-a-friend who may be around or to give me some local insider tips. As much as I love to explore a place on my own, it’s always so much more fun to have a local guide. I also try to start reading the local blogs and follow Twitter accounts from the places I’m heading to get a pulse on what’s happening when I arrive. And I go down to the NG library and I pull as many of the guidebooks as I can carry and stack them all on my nightstand, which pretty much guarantees that I’ll be dreaming of a trip for months. 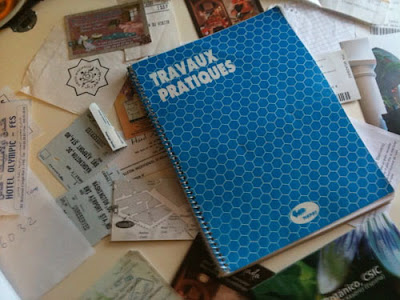 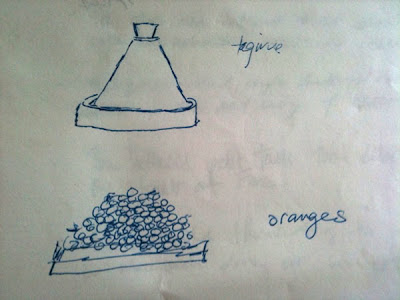 how do you record your travels when you’re traveling?
I always have a notebook of some kind (unless of course, when I lose them, which isn’t pretty) and am constantly jotting down addresses, names, phone numbers, street corners, etc. And I always try to pick up a journal and keep one when I’m on the road, sticking tickets and pressing flowers and other plants into its pages as I go. Lately, I’ve also been bringing my tape recorder and just catching snippets of music or voices when I’m sitting in one place for a while. I’m hoping to incorporate them into video or photo slideshows in the future. 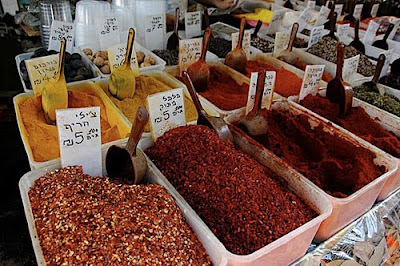 what is your favorite thing to photograph in a new place?
Markets. I have a friend that says you can’t take a bad picture of a market, and he’s totally right. I have enough pictures of stacks of dates and spices and pomegranates to last a lifetime, but I won’t ever stop taking more. 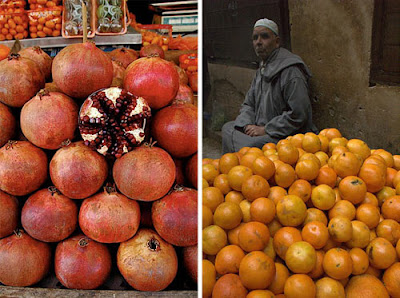 on an average, how many pictures to you take on a trip?
1500 or so, depending on the length of my trip and whether or not I’m shooting RAW. I tear through memory cards. 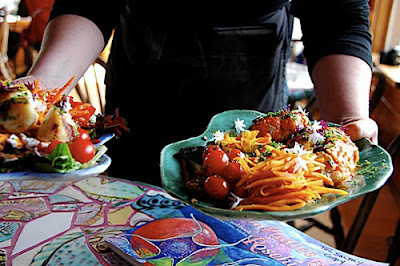 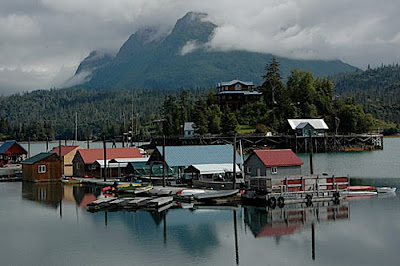 what’s in your “designer travel kit” ?
I take a Nikon D-70 with me as well as a Flip video camera and a small Sony Cybershot. I sketch and particularly on my Morocco trip, I tried to categorize everything I saw by it’s color: Red was the hats and cloaks of the water-sellers; the embers of the fire in the Sahara; the pottery in our cooking class in Essaouira; the tomatoes which bled into the Berber omelets we at each day. 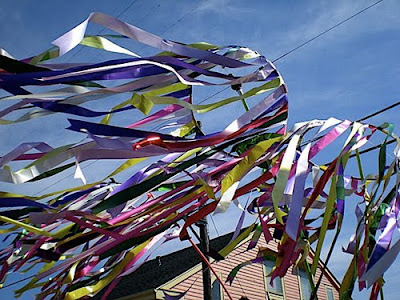 what do you do after a trip? long after a trip does this happen?
I keep every map, ticket stub, and receipt from my trips but when I get home, the first thing I do is immediately download all of my photos and try and organize them into a slideshow or online gallery. And I typically try to blog as much as I can — both for work and for my personal blog. When I have serious time, I’ll put together a scrapbook of all the other odds and ends. I love taking the time to do it: it’s like reliving the trip. But actually getting it done can take months. 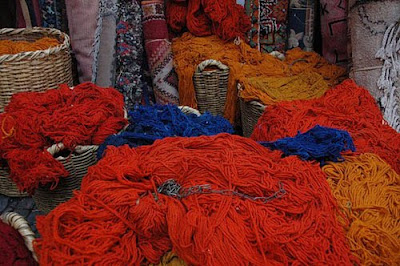 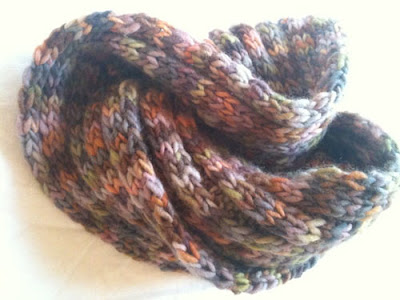 favorite souvenir/thing to bring back?
I’ve always ducked into whatever equivalent of a Salvation Army store I can find; some of my favorite sweaters, T-shirts, and pieces for my home I’ve found are in international junk or thrift shops. And I’m obsessed with visiting supermarkets and smuggling back all of the most random food items I can find. But I’ve recently started buying yarn and fabric when I travel — as I find they’re souvenirs that can take a while to really appreciate. I bought some beautiful handmade yarn while I was out in Alaska’s Aleutian islands this summer for a story, and started making a scarf to pass the time on the ferry for several days. I finally finished it a few months later, and it was the perfect reminder of my adventure there with my father. The yarn’s colors pull the purples, browns, and greens I remembered from the islands, and it’s incredibly soft. 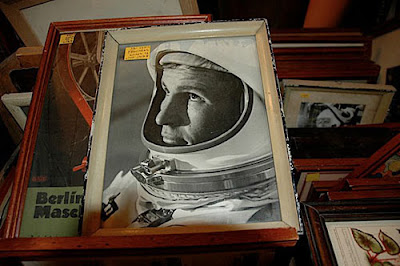 wildcard
The question I’m most often asked as a travel writer/editor is do I get to go out on the road all the time. Not always. But when you work at National Geographic, the world also comes to your door every day. I’m consistently amazed by the far-flung writers, photographers, and researchers who I engage with regularly — those in the field or just back from their most recent adventures. It’s nonstop inspiration, even when I’m stuck in the office. 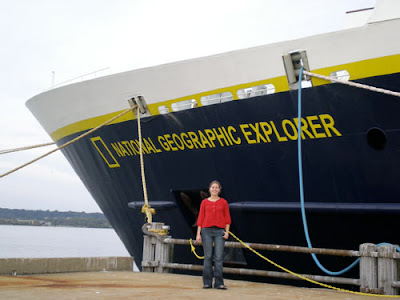 DisilusionmentLife Lessons : How to take a taxi