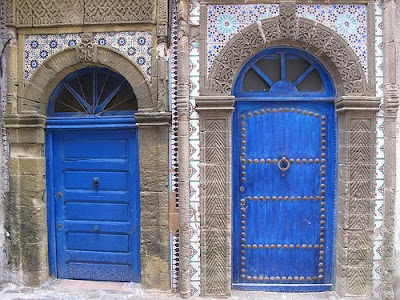 If my life right now were an episode of The Amazing Race, I’d still be in the running – but barely. First there was the miracle that was actually catching my flight here (I was an idiot and didn’t take my own advice and under-estimated the time to get to the airport, but thanks to savvy traveling and online check in I got to my gate with time to spare, albeit a bit winded). After that lesson, yesterday I got to the bus station over an hour early to ensure I’d have a seat. In fact, I got there so early that the ticket counter wasn’t even open. And when it did open, I was so busy watching life around me, that I didn’t realize it did. More and more people showed up. I asked the Moroccan next to me in French if I need to buy a ticket in advance. He responded by saying “Conducteur” which led me believe it was ok to wait, but that weird confused smile at the end changed my mind. So I went over to some English tourist-looking speakers and they pointed me to the guichet to buy my ticket. Lone behold, I get to the front to buy my ticket, and the nice man behind the desk tells me that he just sold the last ticket. What!?!? I’ve been here for over an hour. {Patience, patience.} I never got angry, but was more frustrated about sitting on the wire-y bench for the next 2 hours. But he said, just wait over there, maybe someone won’t show up. I met 2 other lovely couples while waiting. We were all in the same boat (I was just thankful that I was #1). And, yes, I got lucky, 3 of us stayed “in the race” and got on the 8:15 Supr@tours bus to Essaouira. 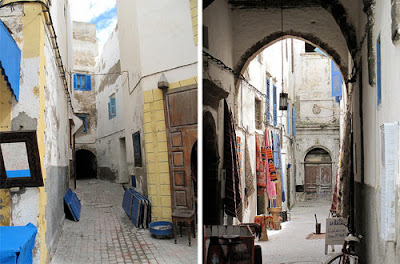 Three hours later – after a quick stop in a rest stop for great grilled bread and awesome hand-painted bathroom signage, and passing a tree with 3 goats high up in its branches (wowza!) – we were in the coastal city of Essaouira. It was love at first sight. The vibrant blues set against the white facades. I couldn’t help but think I had arrived in the Moroccan version of Santorini (although I’ve never been to Greece). I didn’t know if I was staying there or heading back to Marrakesh that evening, but I ventured off. No map, no nothing, no clue where I’d end up. But I discovered the place – the winding medina streets with beautiful doorways, the calm shop keepers (so quiet and chill compared to Marrakesh), the views from the ramparts, the clanging of the boat men, the smells of fresh caught fish. In fact, the funny thing was that in the short time I was there, I ran into at least 5 people I “knew,” who I had met along my voyage so far. First I ran into a British girl I had met during at my hostel in Marrakesh. We said hello, and then went on her way. Then when I ran into her again at the Earth Cafe (sooo delicious!), we decided to keep chatting, hang out and sip tea for the rest of the afternoon. I’ve met quite a few Brits since arriving and they’re quite lovely and I quite like how they speak. 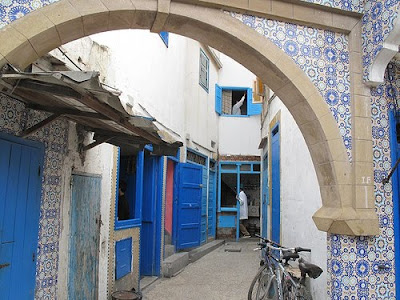 After a few hours I felt like I had seen the place. I went back to the bus station at 3pm to ensure myself that I’d have a seat on the last bus out of town at 6:15pm. I wandered the streets a bit more. Saw the most amazing ice cream sandwiches being made, and watched kids play with yoyos, before I made my way back to the bus for real. Attempting to read as it got dark outside wasn’t the best idea, as I felt quite nauseous for the rest of the way home, but otherwise, I can’t complain. It’s all part of the race… 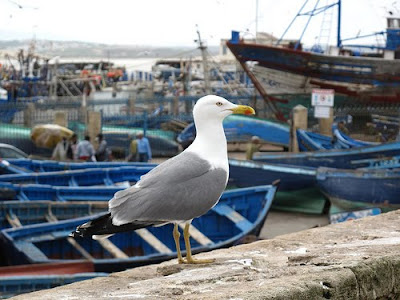 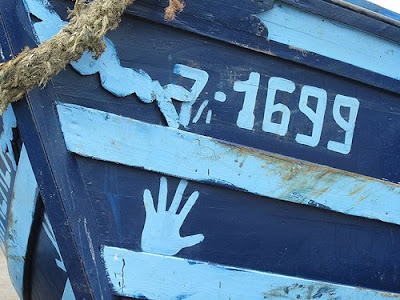