The Art of Traveling [Alone] 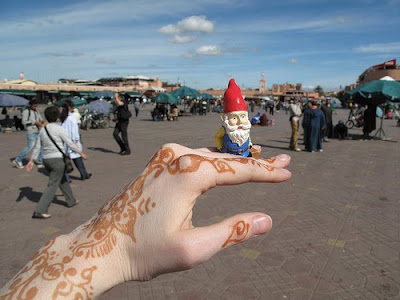 For years I’ve been someone who gets an idea in my head and does it. So several years ago, when I realized as much talk as there was of people who wanted to take a trip, the only way I was actually going to be able to go was if I went on my own. So I did. I found a great deal, and did what I knew best – I went to Paris. It became less daunting to visit a city alone when it was a city I already knew, and the fact that I knew people there I could visit. Then I realized the freedom I had and I could do anything I wanted. The next year, I did the same thing when I found a cheap ticket to Amsterdam. That time I didn’t know anyone, but thanks to the wonders of the blog world, I not only had great recommendations (and very design-savy ones I must add), but I even got to meet up with one of my favorite bloggers for coffee in the park.

I’ve also had the continued policy of “I’m going _____. You’re invited, just come!” Luckily, I’ve had some awesome friends take me up on that offer as well, which also makes for a great way to travel and have your own adventures. Due to the way that flights get booked, we usually still had a little time traveling on our own in the place, but that also made for great stories when we finally connected up.

I will admit though, that my trip – alone – to Morocco, was the trip that took me out of my comfort zone the most. From the maze of the medina, to the comments of shop keepers trying to get my attention, to the fact that everyone wanted to earn a quick buck (if you ask for help, people in the medina came to expect a reward) was a lot to take in. But the beauty of that was that at the same time it was incredibly empowering. Furthermore, it never ceases to amaze me how much I still learn about travel and myself to this day. Anyway, here are a few lessons I picked up this trip.