Where’s Waldo (and other Americanisms) 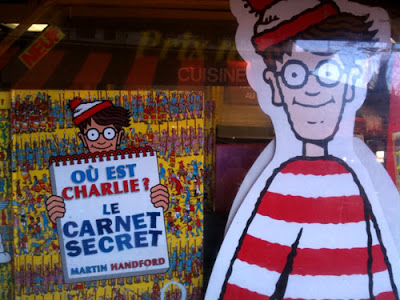 There are certain things that don’t translate across languages (see “awkward” post). Apparently, Where’s Waldo is one of those things, as the French thought it was necessary to rename him Charlie. Perhaps to be stereotypical American?? Below is my growing list of how, despite all my attempts to be French, that there will always be a bit of the American girl in me. And first of all, I definitely think Waldo is a Waldo, and not a Charlie!

You know you’re American when…

P.S. Speaking of being an American in Paris, check out the amazing sketches that Laura Frankstone did of me last month during her visit. I even liked the “sketchy” (in the best sense of the word) draft, but she just sent over the finals yesterday which are also just as lovely [click image to enlarge]. Makes me feel fabulously French! You can find more of Laura’s work here, and her Boarding Pass feature HERE.