Last week I had the pleasure of finally meeting Terence Carter and Lara Dunston, two professional world travelers who are currently visiting 24 countries in 12 months as part of their Grantourismo project. The two are authors of countless travel guides (which Terrence is the photographer behind many of them as well), but are on the current quest to explore and record the world in a way they never could through writing guidebooks. For this trip they have yet to pick up a single one (!), instead relying on maps, locals, twitter and the web for tips. Today’s Boarding Pass column is all about a peek into the life of a traveler who has been living out of a suitcase for 4 1/2 years. {Thanks, Terry!} 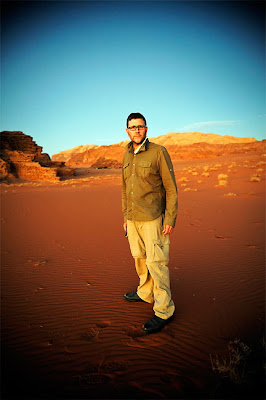 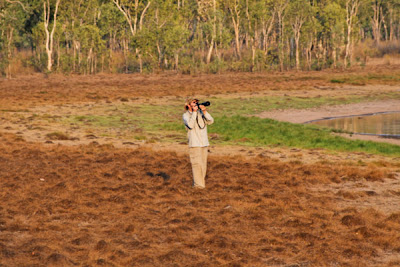 {on location in Northern Territory, Australia}

where you live now:
Out of a suitcase for 4 1/2 years, but nominally the apparent ‘ghost town’ of Dubai. 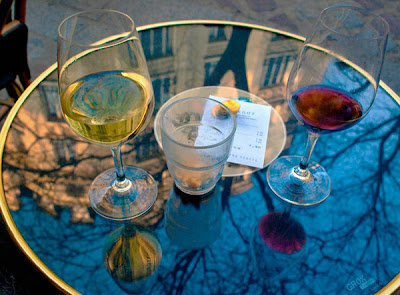 {Paris in the spring}

last trip taken:
My life is one endless trip – literally!

next trip on deck:
Our Grantourismo project is taking us through to February 2011 to around 24 destinations around the globe staying in rental apartments and houses. Yes, it *is* a dream job. 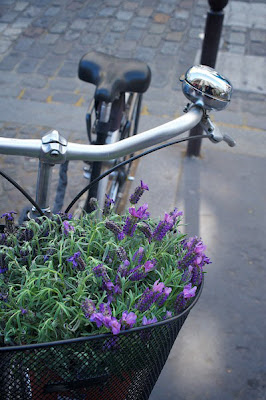 one place you would go back to again and again:
Just one? That’s hard. I’d have to say Thailand – particularly the North for the food. But in a couple of months I’ll be dreaming of Argentina for steaks, wine and some snowboarding. But that’s two – I’ve cheated. 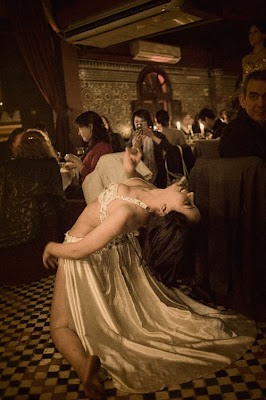 place you’d most likely recommend a friend go visit:
Any friend of mine has to visit the Djemaa el Fna in Marrakech, Morocco, at least once and then they must go to Essaouira to chill. I practically demand that my friends do it once in their lives. 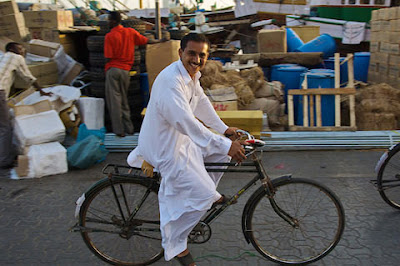 preferred method of transportation:
Walking in cities. There is nothing quite like exploring on foot with a camera or two. But I have to confess that I love four-wheel-driving in the desert or along empty beaches. I enjoy trains too, particularly if they have power outlets so I can write or edit photos. Long-haul economy-class flights are my bête noire as I have long legs and the guy in front (and it’s always a guy!) inevitably puts his seat back before we even take off. 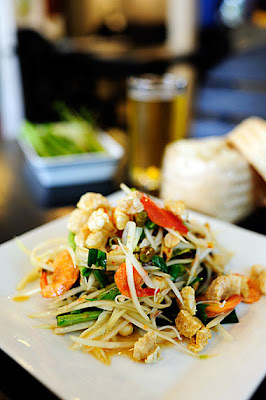 place you’ve never been but dying to go:
Vietnam. Once again, food is the underlying reason. I love Gỏi cuốn and all the other variations of spring rolls so much so that I’ll probably resemble one after a couple of days there. Lara and I are dreaming of Vietnam for next year!

place you’d never go back:
I’d never say never, but someone would have to pay me handsomely for an assignment to get me back to mainland Greece or to Cyprus. I’ve done both several times and there are too many other places in the world I want to visit.

most memorable trip in 2 sentences or less:
A snowboarding trip to Lebanon: I used to watch the weather charts and take cheap flights there from Dubai when the winter snowstorms hit, and on the morning of 14 February 2005 I left my hotel in Beirut and headed for the snow. Several hours later the former Prime Minister Rafik Hariri was killed around the corner from the hotel where I had stayed the night before and the mood of the whole country changed that day – grown men were openly weeping in the bar of the hotel. Ski lifts and runs were shut the next day so I hiked and snowboarded off piste – and out of sight of the army who had threatened to ‘blow up’ the ski lifts if they ran them! 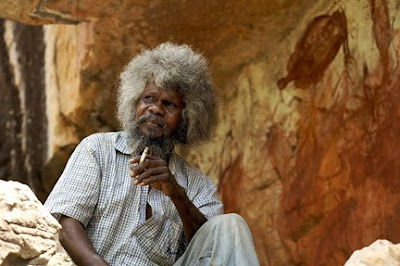 how do you prepare for a trip?
Clean my cameras, lenses and charge batteries. Lara (my wife) does the planning, thankfully! She is an itinerary Goddess. I also try to read something connected to the country or city. For Italy last year I read a couple of biographies on Berlusconi, a book on the history of Italian cuisine, and a humorous tome on the nature of Italians. I used to get a haircut, but now I always get one on the road: barbers are a great source of collective wisdom of a place. If it’s a new country and a new language, I learn some key phrases. 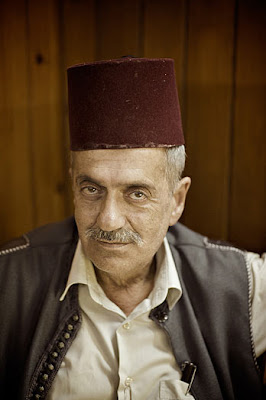 how do you record your travels when you’re traveling?
To a bunch of digital cameras and scribbles in a notebook that I struggle to decipher months later. We – Lara and I – are dipping our toes in the water with video as well, as we both majored in film at university and were filmmakers in a former life. 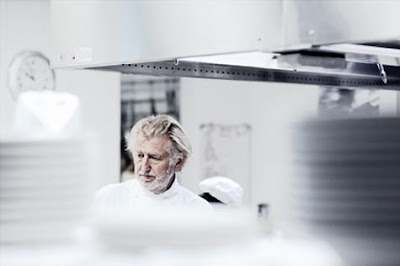 {Pierre Gagnaire in the kitchen in Dubai}

what is your favorite thing to photograph in a new place?
Anything that’s not a church or cathedral. By the end of the last multi-month trip to Italy I swore that my head would spin around and I would projectile vomit green stuff (as in The Exorcist) if I stepped inside one more house of worship. I love photographing signs that have interesting typefaces and I have an odd obsession with shooting skateboarders because I used to be one. And just the streets, I love just shooting the day-to-day stuff. 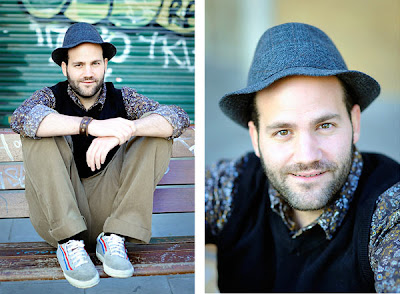 on an average, how many pictures to you take on a trip?
This is embarrassing. The last trip to Italy? 20,719. Number sent to publishers? Around 1000. But as my photography lecturer used to say, ‘if you want to print more than two shots per 36 shot roll, you’re a genius or a fool’. For Grantourismo, Apple’s Aperture is telling me I have about 13,000 images already from Morocco, Spain and France, the kind of places where you’re always pointing your camera at something.

what’s in your “designer travel kit” ?
That would take too long to list! My kit is based around Nikon cameras and lenses and an Apple MacBook Pro with plenty of external hard drives and back-up drives. I also have an iPod Touch and noise-cancelling headphones – the iPod Touch is not just for enjoyment, I keep my portfolio on the iPod; it’s a great way to show people what kind of photography I do. Even though I used to design books and book covers, I’m the worst freehand artist to ever abuse a Rotring pen, so all that goes into my notebooks is notes on restaurants. You really don’t want to see one of my sketches. And for someone who worships typefaces and elegant typesetting, my handwriting is embarrassing. I’m making more notes with my iPod Touch these days, just so I can read back what I’ve written! 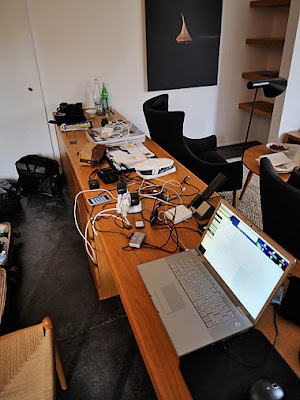 {Life on the road}

what do you do after a trip? how long after a trip does this happen?
I like to have a break from the destination we’ve just been to for at least a few days. I eventually look at some photographs, but sometimes it’s months before the deadline for a set of photos if it’s for a book. Sometimes I see the proofs of a book and wonder why they’ve used someone else’s photo instead of mine for a destination. Then I look it up and realise it was mine, I just can’t even remember taking it. I don’t know whether that’s sad, odd, or my photos just aren’t memorable. This year, though, it’s all instant gratification – putting up stories and photographs within 48hrs of shooting and writing is constantly stimulating and challenging. I’m really enjoying the process of what we’re doing for Grantourismo – as well as the freedom to explore the best way to tell a story. 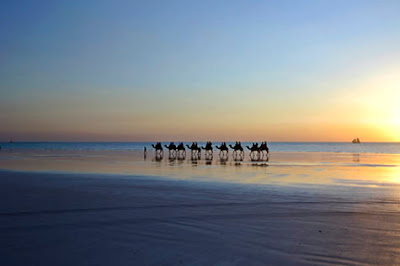 [wild card] are you going to settle down and get a ‘real’ job?
No idea.

Click HERE for all past Boarding Passes! (or check he links the right hand column).