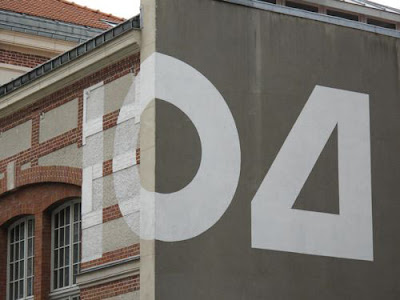 One of the weird quirks I’ve come to appreciate about the French is their ability to make things with dead people cool. Weird statement, I know. It all stems from a French film I saw in high school where a man and a woman were on a date in a cemetery. At the time I thought, “man, the French are so bizarre!” Now I think it’s awesome, and even romantic. So I love that Paris has managed to transform the former Municipal Funerary Service building into a contemporary art center, CENTQUATRE [104]. 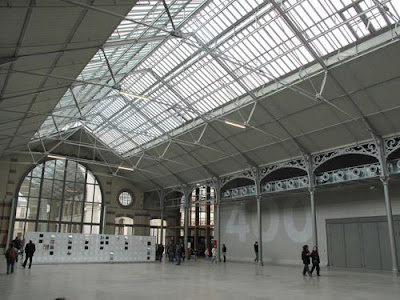 104 is located off the main tourist track, in the north east of Paris, not far from where the canal forms a basin (metro Riquet). The fact that everyone was wearing black is further proof that it’s more for Parisians in the know, than for fanny-pack Louvre-going tourists, which is an added bonus. 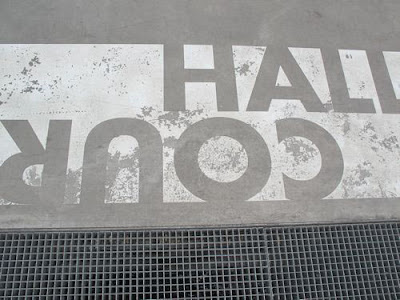 The grand space has so much potential to be used for events and various installations. (In fact, the entire center reminded me a lot of MOMA’s PS-1 in New York). It’s a good idea to check the calendar before you go. It’s interesting just to walk around the space and take in the installations, but the place is always changing thanks to the on-site artist in residency program and dynamic work that is being created. I’m looking forward to taking one of the range of tours of the space which tend to happen on weekends. 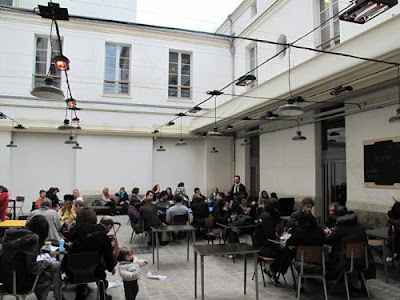 On site there is also a gourmet pizza stand (I have to admit, I was a bit jealous of the people with their pizzas), a cafe, a great design bookstore, pop-up shop and an Emmaus, which is the French version of Goodwill with interesting finds. Oh, and of course, don’t forget to stop by their photo booth! 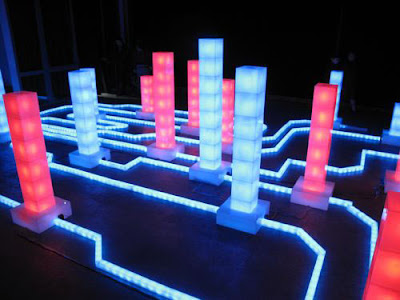 It sounds like the center is still trying to hit their groove and stride, but it’s still definitely worth checking out if you’re up for something fresh. I’d love to see a summer series there like PS-1’s “Warm Up.”