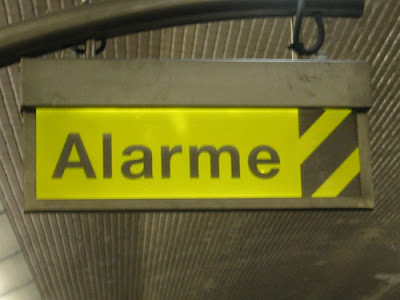 Ironically I had planned this post for last Friday, but didn’t get around to it – and that day my friend had her iPhone stolen (by no fault of her own). As far as I’m concerned – especially coming from Baltimore, which is home to The Wire – Paris is an incredibly safe city. Still, with all big cities, it’s always a good idea to be aware of your surroundings and know what to expect/avoid. Really, all you need to know is how to put on your “Paris bitch face” and people in general will leave you alone (I learned it here – also known as “poker face” – and it is a skill that has helped me around the world), but here are a few notes to insure a safe and happy visit to Paris:

[Paris Practique is a series designed to provide helpful hints for your next trip to Paris. Click here for past editions, or see the full list on the column on the right]