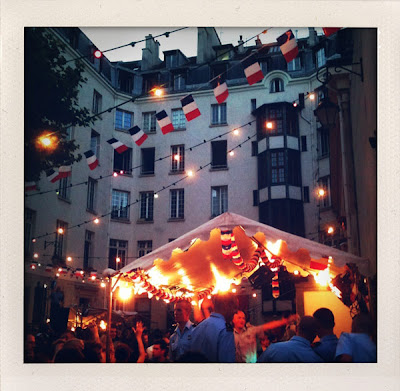 I’ve always been a fan of art out of context, but now parties out of context are my new favorite thing. I learned this from the pompiers [firemen] of Paris earlier this week. Every 13 & 14th of July the pompiers open their doors for the annual Bal des Pompiers. While there’s a firehouse in each of the 20 arrondisements of Paris, each with their own personality and reputation – this year I ventured to the 6th, near St. Sulplice. My French friends had warned me to get there early, and they were right. By 9pm the line was around the block. But when you’re hanging out and catching up with friends, it’s worth the wait (however, next year we will be bringing out own 6 pack). It was one of those moments when we got to the entrance that we had no idea what to expect, and that’s what made it so magical. In the inner courtyard of the firehouse courtyard, the sky opened up with French flags and colorful lights overhead. Then there were bars all around where cute firemen sold us cold Heinken for 3 Euros a piece, and champagne for 5 Euros. All much cheaper than any night club or bar in Paris, and the price of entrance was by donation. After 5 minutes inside this quickly became one of my favorite days of the year. We danced and drank the night away and it was a complete blast watching the firemen let loose too (some too loose) in the magical setting that felt like we were in a different world. My only complaint was that there were only 5 port-a-potties for women. Clearly men were running this fete. 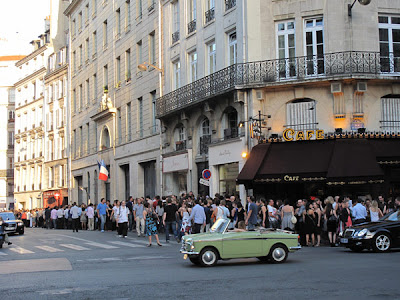 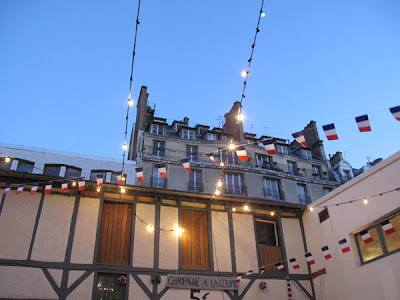 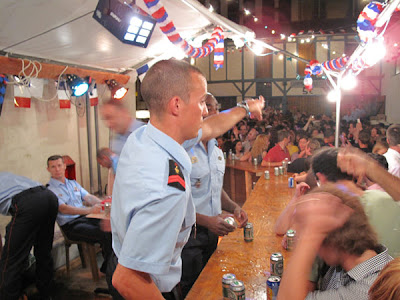 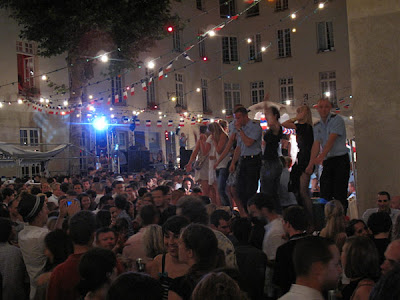 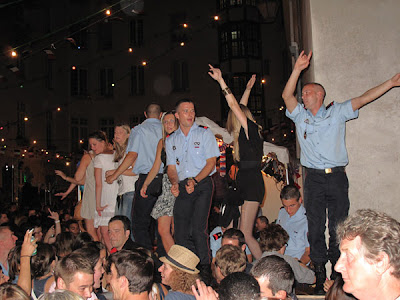 P.S. After tying up life in Paris, I’ve headed off to explore the rest of France until I return to the city in September. Internet has been harder to come by than expected, so look for sporadic posting this summer.

Bretagne = BrittanyVisions of Paris from the iPhone