The Art of Flying + la Grève 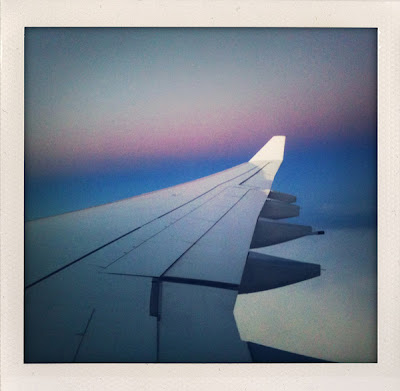 For the past week or so I’ve been scowering twitter, the web and posters in Paris for updates on la grève in Paris. Now up until now, I’ve found the French grèves (strikes) rather charming. Sure there are transportation strikes, but the trains run every 2 out of 3 or so – I can get where I need, all the while learning what it feels like to be in a moving sardine tin. But when the strikes started threatening flights, and right before I was set to head back to the US for a couple weeks, that’s when it started to get personal.

The first issue was getting to the airport. The RER B is the main commuter line servicing the 2 airports. Construction is already complicating things on weekend to get to CDG, but it also happens to be the most affected line for the strikes, making getting to the airport a bit more hellish. I loved Meg Zimbeck‘s comment of whether she should a) wait two hours for a cab, b) wait three hours for a shuttle, or c) walk [to the airport]? Now I’m not one to take cabs, especially when they cost 50Euros + from Paris, but then the strikes got more complicated when they started involving fuel shortages. These fuel shortages not only affected gas stations, but also airplanes. Lucky for me, the picket lines ended in time to get jet fuel to my plane. I opted for option d) and took the Roissy Bus from Opera. My favorite part of the the ride was that 10 minutes into the trip that they announced that they will not be able to drop us off at Terminal 2 (where I originally thought I was flying out of) due to les manifestations. (Later I came across this link, making me wish I could have witnessed some of the drama).

It wasn’t until I got onto the plane that I really started to feel the effects of the flights and delays by the air traffic controllers. Getting to and through the airport was a breeze, but then my flight had a “delayed” message. At first it was just 25 minutes. We got on the plane, and as I dozed off and the delay was more like an hour an 15 minutes, which would have been cool and all, but I only had an hour and 30 minute layover in Frankfurt for my flight to Boston.

As we got close to landing the pilot apologized for the delays and updated us on connections. I knew I was cutting it close. My flight was the last one they announced, and although it wasn’t set to depart for another 15 minutes, they were already telling me I was on the flight at 1pm the next day. But from the 3rd row in the back with my 2.5 weeks of travel packed entirely in carry-on bags, I got into my Amazing Race mentality, and said to myself, if anyone can make this connection, it’s me. I got of the plane and went straight to the transfer desk. Boston – it hasn’t left – I can make it – I have my bags. The woman looked at me, took a deep breath and said RUN. And that I did. My sneakers on, and my polka dot wheelie suitcase in hand, I was out of there, down the hall, up the escalator, to gate 63. I think the guys at customs we’re highly amused by me, but I didn’t really have time to look. A man greeted me and said, Boston? Yes. He then told me the plane was still there. I ran the rest of the way, which further amused the rest of the airline workers. One gentlemen even had to tell me to slow down as I ran down the stairs. I asked if I won some sort of prize and would be upgraded to first class. No such luck, but, yes, I was successfully the last one on the flight. I did it. And only to be seated by the chattiest woman on earth (which my head cold did not so much appreciate)…

Head of the CharlesPlace + Digital