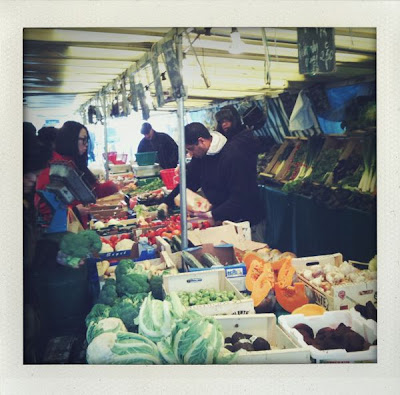 One of the easiest way to live like a local in France is through the food. Throughout her stay, I’ve insisted that Angie try several French “staples” aka, my personal favorites- kir (cassis + white wine), vin chaud (mulled wine), roasted chestnuts (tis the season), an almond croissant, and of course multiple crepes. While keeping with the theme of staying on budget, we made sure to cook a few meals (another benefit to staying in an apartment rather than a hotel). Sundays are traditionally a big market day, as not much else is guaranteed open in the city (but that seems to be changing over time). So this Sunday we took a trip to my favorite market in Paris, the Bastille Market along Blvd Richard Lenoir [above]. The fact that it was the day after Christmas meant that there were fewer vendors. While I was sad not to be able to show off my favorite chicken stall, it did make for easier maneuvering down the aisles, and still was in full force. 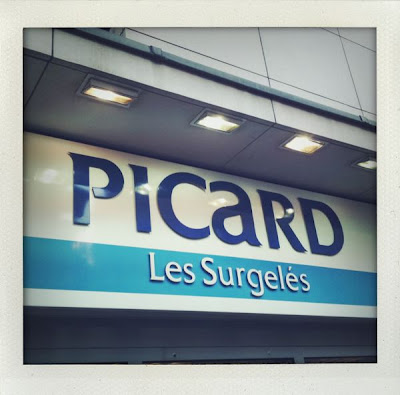 Our second food trip was a bit of a joke, but then we just went with it. In France, Picard is a chain of stores that sells only frozen food. Their selection is quite large and caters to ever possible course of the menu. So we got it into our heads that we would create an all frozen dinner for ourselves. We picked up some meat stuffed zucchini (don’t worry, they had a fancier name than that) and potato & leek soup (that came conveniently cubed so we even saved some in the freezer for later). It may have been the bottle of champagne we consumed first, but we found the meal quite delicious, and affordable, and all it needed was a dash more of salt. There definitely were dessert choices galore, but we were excited to get home to our chocolate mousse in glass pots – so dessert will have to wait until another trip. But seriously, how many people can claim to have had an all Picard meal while in France? 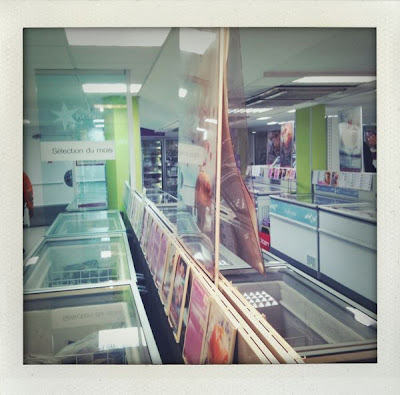