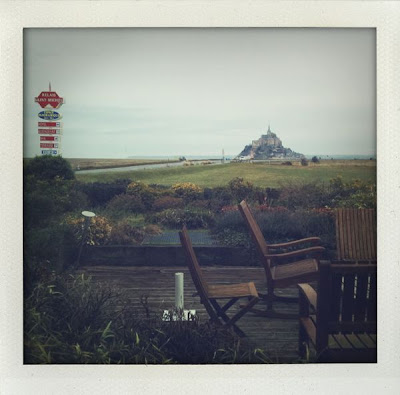 Having guests in Paris can go one of two ways – getting really bored doing the same thing over and over, or spicing things up and using your visitors as an excuse to try new things. Mont St. Michel is one of those places I’ve always known about in France, but have never been too. Lucky for me, it was one of the places that had sparked Angie’s interest and together we had a new adventure. 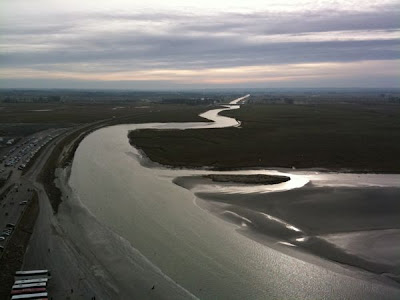 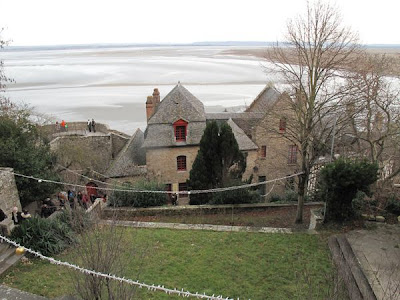 I called on my friends via Facebook and Twitter, and got the scoop – and was quite humored by the fact that everyone mentioned the over-rated omlettes (turns out omlettes of Normandy are made with more milk than eggs). There were pros and cons to any way of getting there and seeing the Mont. 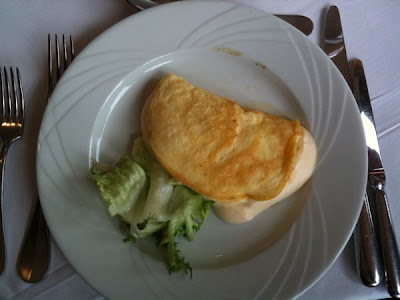 To be a purist, taking the train seemed the way to do it. But even the train ride to Rennes involves a bus ride to Mont St. Michel and a fair amount of coordinating. After all the costs, it actually worked out to be around the same price to go on a bus tour. Lucky for me, I had credits with Viator from my Grantourismo win, so we decided to cash them in, live it up, enjoy the 14 hour day trip (4-5 hour bus ride each way), “free” lunch (enjoyed our omlettes and getting to know the fellow travelers at our table from Australia and the US), and guided tour (it helped actually knowing what was going on, as the rooms were pretty minimal). 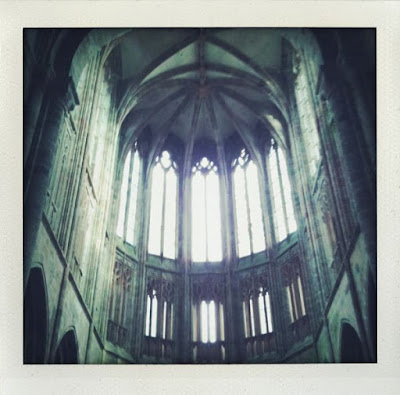 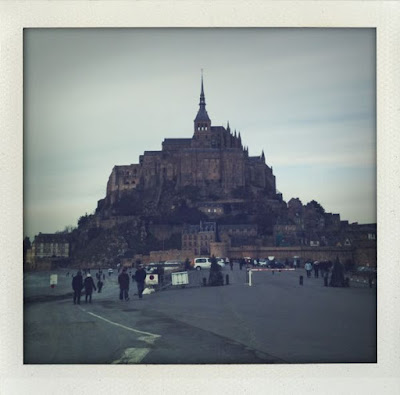 The big thing they warn you about when you visit is that it’s 300 stairs to the stop. Maybe it’s the fact that I have 100 to climb to my apartment, but they’re spread out enough, so they’re fairly manageable. 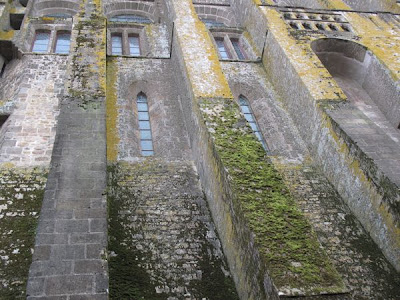 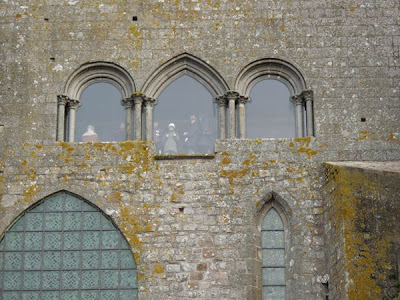 Throughout the whole experience you may have to imagine what the place was like before tourists. They’re everywhere, and so are the shops. Going to mass at 7am would be one option. We managed to find a tavern that did have a local feel to warm up with vin chaud, but couldn’t help but ponder when and how this shift all happen. If it took 800 years to build, how long until cheap goods were being sold? And how exactly did Hello Kitty become associated with Mont St. Michel?!?!? 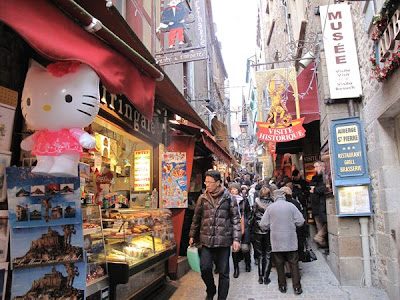 The other major tip of the trip is if you ever find yourself in a French travel plaza, chances are likely that the line for the women’s room will look more like a snake than a line. You could waste your entire life away in that line – or you could just stroll into the men’s room and use one of those stalls. Trust me, everyone’s doing it. 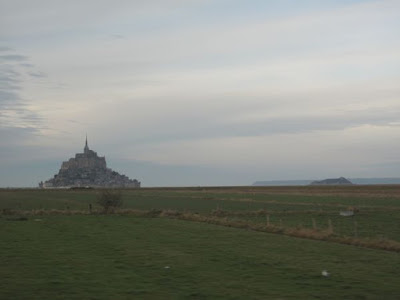