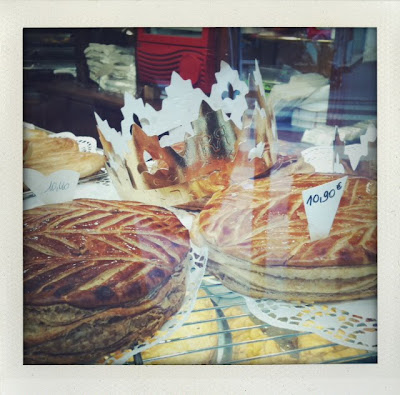 My formative years were spent in Kansas City, otherwise known as “Hallmark country” – the headquarters for the mega giant known for their greeting cards. I’ve always been convinced they’ve played a large role in the commercialization (for good or bad) of the holidays in the US. This is in part evidenced by the way that holiday good start showing up in stores earlier and earlier each year in a way that sometimes it feels like Christmas is year round. 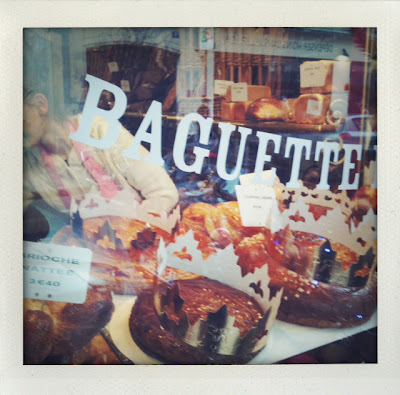 The whole American phenomenon of sending holiday cards (especially the mass produced holiday letter greeting) is something foreign to the French. When my friend Zoe married a Frenchman in Austin, TX over the holidays last year, all of their French friends were in complete awe of the strings of cards hanging in her parents’ home as part of the holiday decorations. Simple holiday cards were something that truly amazed them and was foreign to them. 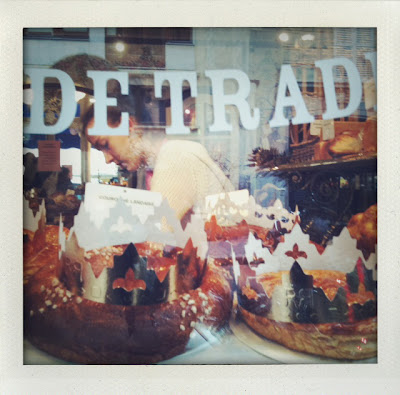 While “Hallmark holidays” may not exist in France, I’ve come to the conclusion that their galette des rois, or king’s cake is their replacement for the ever present holiday – but just in the form of food. While the almond paste filled cakes (Mmmm!) are to celebrate Epiphany (Jan 6), it is now the third week in January and the galette des rois are still going strong at boulangeries and Monoprixs everywhere. Just like “American” king’s cakes (that was another amusing moment when I got to witness Zoe showing two French friends what a Louisana-style kings cake looks like), the galette des rois contains une fève, or prize inside. At Zoe’s dinner this year I was lucky enough to get the piece with the fève (a really creepy looking M&M knock off in my case) and have the honor wearing the crown and being king for the rest of the day (which wasn’t very long, as most dinners in France end around 11pm!). Yes, it seems like the boulangeries are the ones who run the holidays in France…

If you want to learn more about the galette des rois in France, Clothilde has a great post on the subject.