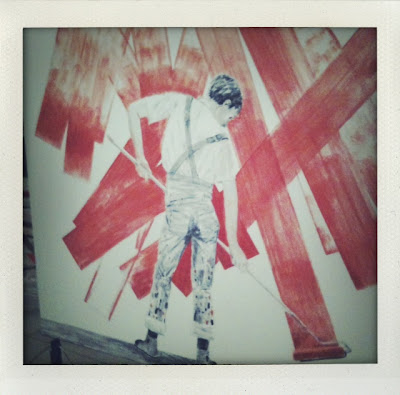 Let’s start with the perks of working in France, because let’s face it, it just goes downhill from there. 1) You live and work in France! 2) Who wouldn’t love a 35 hour work week (down from the US standard of 40). If you do the math, that’s an extra 260 hours of your life a year to actually get something done. Pas mal! But really, I think it’s 3) the 5-9 weeks of vacation a year that takes the cake. And unlike Americans who pretend to take vacation and not work, the French actually take holiday. Trust me, I spent the summer with some, and they didn’t work AT ALL (unless you count sitting by the pool, reading trashy magazines and eating endless meals work). 4) Also, once you get hired, it’s virtually impossible to get fired. While this is not necessarily a good thing (it led to many of the riots by young people in the suburbs a couple years ago – the laws mean it’s harder for young people to get hired in the first place), at least you can count on job security.

I will now back up, and establish one fact: do not move to France in hopes of finding a job. The magic words “bad economy” isn’t why; to be blunt, it’s just not going to happen. I don’t mean to be Debby Downer, but I’m just trying to be real here. Unless you plan on making finding a French husband (or wife) your full-time job, you’re S.O.L. In fact, you may go for interviews for “real jobs” and do really well, and then HR will figure out you don’t have official papers. Their only advice to you: get married (and yes, many of my friends have been told this in real life). Oh, to have an EU passport, then life would be easy…

BUT, once in a blue moon, les étrangerères [outsiders] do get hired or “sponsored” by French companies. There are more hurdles than in an Olympic race, but remember that chapter on paperwork, well, you get to do lots more of it. And likely no one else will want to deal with it, so you get the pleasure of talking to lots of really unhelpful people along the way. The good news is you’ll be an expert and then maybe if that job doesn’t work out you can make a living teaching other people the ropes.

In order to be hired in France, one of the major keys to the equation is proving that you are the only one that can do the job. God forbid that an étrangerère take a job from an unemployed Frenchie. However, here’s when being a native English speaker becomes your strongest asset. You may be bitter that your parent’s never forced you to learn another language when you were young (when it was easy), but hey, at least they raised you as a native English speaker.

Another misconception is to think you can move to Paris and get an internship. Only enrolled students are eligible to be a stagiaire [intern]. The minimum salary is 417Euros… drum roll please… per month. Now that’s not even enough to cover the cost of that minuscule apartment you call home. While that’s the minimum, I’m not aware of any maximum, but that doesn’t mean companies are going to up your pay. However, I did have a friend with plenty of real world experience who had an augmented intern salary. She even proved herself enough to get a CDI (contrat à durée indéterminée), a contract with the official paperwork to stay in France. However, the new salary after taxes was less than that augmented intern salary. Sadly, it didn’t even mean enough to cover basic, minimal living expenses. So where is she now, you ask? Back in the US. Heartbreaker.

Now here’s were the depression starts to set in. Even French salaries for “real jobs” are shockingly low. I once heard of a guy who manages 15 people for a major company in Paris, and his salary was pretty much equivalent to my starting salary out of college in Baltimore. Another friend wanted to ask for a slight paycut from what she had been making in PR in NYC, until a French friend clued her in on the fact that is likely more that what the director who was interviewing her was making. Oh, and this doesn’t even start to include taxes, and there are oodles of them! But it all is a trade off when you get free health care, restaurant tickets and plenty of state sponsored events around town. Start making babies, and that’s when the low salary really helps you out and the government aid really kicks in. It all makes you wonder if the French have figured out something that we [Americans] haven’t? Perhaps there is more to life than money and work.

When people ask me how long I’m staying my response is more that it’s not up to me, but France to decide. I’m still working on it all. C’est compliqué! I’m lucky to be in a profession – design and online media – where I can work anywhere. I’m also lucky to still be on a student visa as I write my thesis. As a freelancer, I’m currently looking into auto-entrepreneur or travailleur independent status for when my current one expires. The good news that my French social security and health care is all set up (another hurdle in getting some of these statuses). It’s going to be quite the uphill battle. Anne vs. France. Who will win?

RAYS OF HOPE (and please share any findings in the comments section):

{Un}Glamorous Paris is a real-life, humorous, yet informative series exploring the less-than-perfect sides of living in Paris. Read more here: