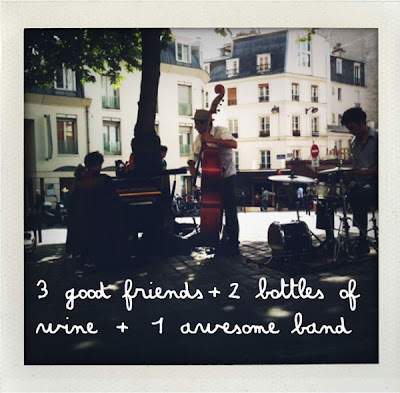 This post is sponsored by See Jane Fly, a network of women travel and lifestyle bloggers dedicated to making travel a fun and accessible part of everyday life.

If there is one thing you learn from living abroad it’s the importance of staying in touch. I was lucky enough to learn this lesson when I first studied abroad in Paris from Felice, who would later become my best friend. Keeping in touch was a common conversation we had, as we often analyzed the ways we kept in touch, and with whom, during our first stint abroad. While they were nothing she coined, she taught me about the “5 Love Languages” of how we communicate – acts of service, words of affirmation, giving and receiving gifts, physical touch and quality time. The example of the movie Amèlie was always my favorite example where all Amèlie wanted was to be touched or hugged, and instead her parents would give her things like a goldfish to show their love. In any case, the idea is that sometimes we miscommunicate only because we each have our own preferred modes of how we communicate, so the trick is understanding that and working to understand each other’s “love languages.” 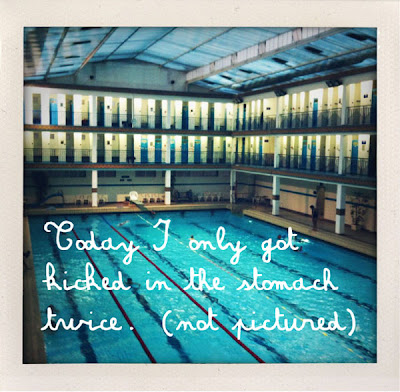 Skip forward to today. My blog has been an amazing tool for me to keep in touch with friends new and old (and strangers) alike. But then there’s Twitter, which I like because it feels more like a conversation and a bit more spontaneous, but you have to follow along to get it. And despite the near universality Facebook these days, believe it or not, some of the people closest to me in life are not on it. The reality is, even I can hardly keep up with myself sometimes. 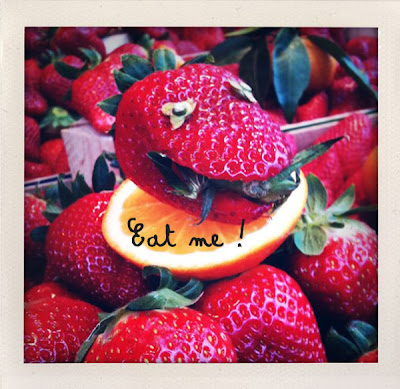 When I’m catching up with friends and family, sometimes it’s the most mundane moments I don’t think to fill them in on, but are also my favorite parts about living in France. So I thought it’d be fun to design my own emailable “picture postcards” (my own version of some e-cards if you will), sharing a few thoughts and observations about life abroad. The cool thing too is that it’s super easy to embed images into the body of an email these days, so it can bring an instant smile on the other end. 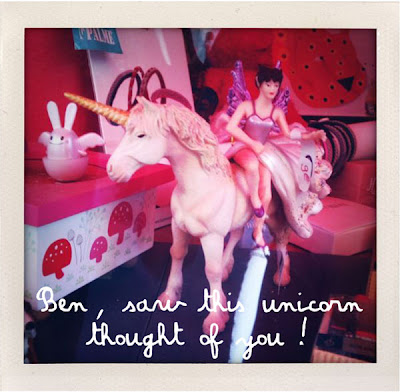 And while I used Photoshop to add my text to images taken on my iPhone (thank you ShakeIt Photo app), Gimp is great free download that does the trick of most design programs – you don’t have to be a designer to do this! I see the final result as a fun visual tweet for those not fully engaged in Web 2.0, where I can quickly personalize the messages for each friend. It’s fun for me too, which is just as important. 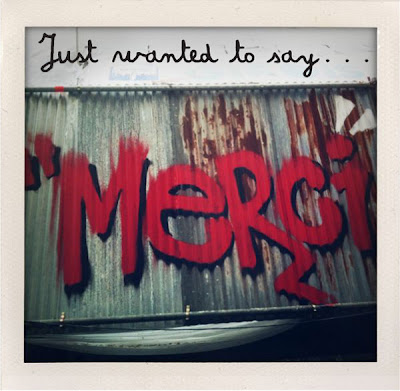 Adds a little spice to your typical email, n’est pas?