While there were several reasons for my recent trip to Fès, one of the biggest draws for going now was to experience the Fès Festival of World Sacred Music (I always love having an event as an added “excuse” to go somewhere). As soon as you step foot in Fès it is clear that it is a city with a soul. Far less touristy than Marrakesh, I found it warm and inviting, and the festival gave us even more reason to meet and interact with locals, and became a small world that on my last day I was saying goodbye to many I did not know when I arrived. While Ben Harper was perhaps the biggest name on the festival program to close the 10 days of music, French rapper Abd al Malik (who I first learned about in a French class last year) and Senegalese sensation Youssou N’Dour (after seeing a documentary on him a few years back, I made a point of seeing him perform in Paris last year) were my biggest draws. While at the festival, several of my [former] classmates produced some great material for the festival blog. 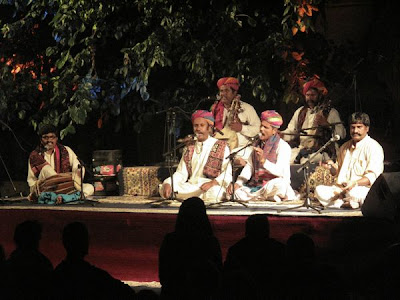 My first night in Fès I found myself listening to live music past 1am despite my 5am wake up call that morning. Sufi music from the Ensemble Divana from Rajasthan completely blew me away at Dar Tazi where we sat on carpets and looked at the stars.

Nuit de la Medina for the Festival Blog by Brian Redondo. Watch the guy [photo above] on the right 1:40 seconds in – A-mazing! 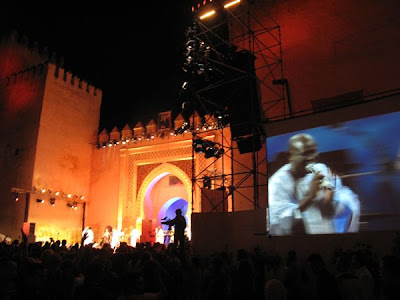 Bab Al Makina provided a beautiful venue for music (although sometimes a bit too much sitting for music that was meant to be danced to). 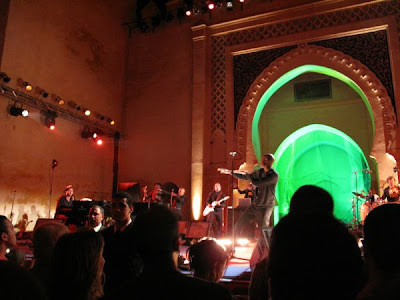 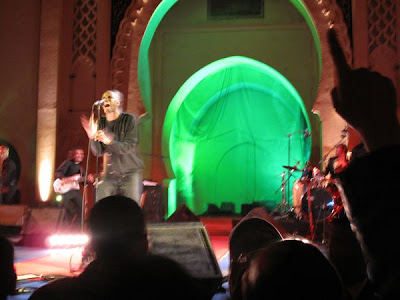 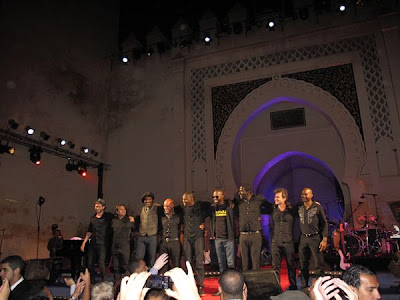 Abd al Malik was my personal highlight (made even better that I started in the way back and ended up just a few feet away in a dance party with my pals where we all lived in the moment). Malik’s music elevates rap in a blend of poetry, beats and meaningful lyrics. It was touching too at the end to see the way his band came together.

My pal Joe Lukawski was lucky enough interview Malik before the concert and edited a nice piece with scenes from the concert for the festival blog. 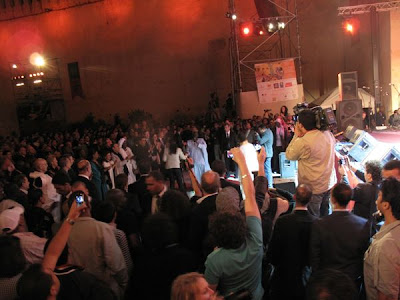 As Rieke pointed out, the festival proved how music can function as a form of worship (she got some killer shots during the concert). In this shot, Youssou and one of his “collaborators” leave the stage to sing in the crowd. 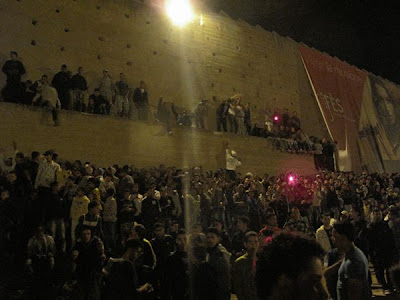 Finally, as we made our way between concerts and venues, it was impossible not to reflect on the audience as much as the singers. Concerts held in Bab Makina were higher priced shows, and rarely attended by locals in the medina. As I watched Abd al Malik perform, with plenty of empty seats around me, I couldn’t help but imagine the other side of the towering walls, imaging a big party outside of people who appreciate the music in a different form. Each night free concerts took place at Bab Boujloud. By far, each evening these concerts were the most packed, with people sprawling deep and even up the walls. We caught MuSlim, a Moroccan rap group from Tanger who was quite a hit. It all lead to a lot of reflection, and thinking about how I’d design a music festival that blends both worlds… 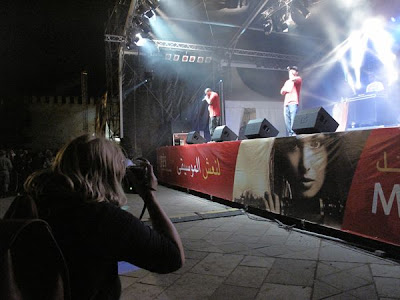 Fès: SoulShot From the Hip {Fès}