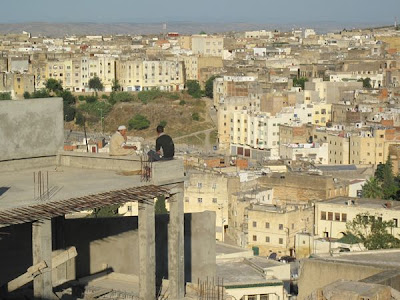 If I start my story by saying that I left the airport and hopped in a taxi, a white Mercedes, and was dropped off at a hotel in the heart of the city it gives you a certain vision of my trip. My adventures in Fès were hardly that. When I arrived in Fès it was rainy. The Mercedes, was one of the many taxis just the same, all the old, old models (the cool kind like my grandpa used to have). And instead of a pristine interior, the ceiling dangled, and the seats were worn. As we drove, the driver stopped and picked up two women on the street – didn’t ask me, just did it, and I said nothing, but glad we could give them a lift in this weather. I wasn’t in Paris anymore. I was dropped off in front of the hotel, but I did not stay at a hotel, I stayed with a family. While I didn’t have 6 flights of stairs to climb to my room (like I do in Paris), the hills of the medina maze taught my legs that I had muscles that I never knew I had. What is most important is that I got out of the world I live in, and experienced something new. Upon returning to Paris I feel and am visibly a new person, new energy, new inspiration. Another reminder that travel feeds the soul. 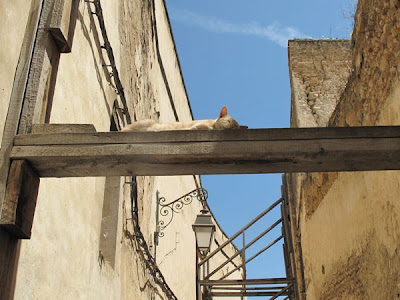 {Sleeping cat in the medina near the house} 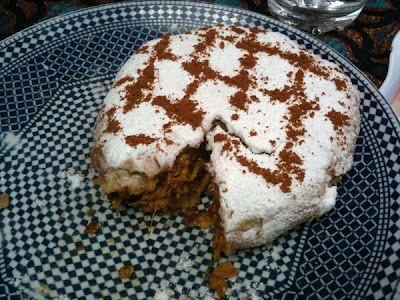 {Pastilla, the most amazing dish every – savory inside, sweet outside}