From Paris to Fès 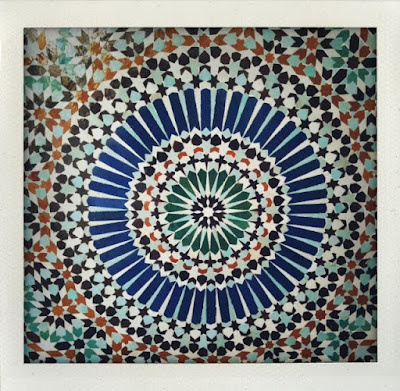 A few weeks ago one of my professors took a group of us to La Mosquée, the Islamic mosque of Paris. We toured the mosque and followed it up with a delightful lunch of tagines, couscous, and mint tea in the café in side of the complex and were transported to another world for a few hours. It was all a consolation prize for the trip we all were supposed to take to Fès for two weeks during the Fès Festival of World Sacred Music (going on now). I was supposed to team teach, with my component being design and social media, where students to would create media projects and a blog surrounding the festival. Then a few world events happened. One where the world celebrated, but for us it was the turning point that led to the cancellation of the class. 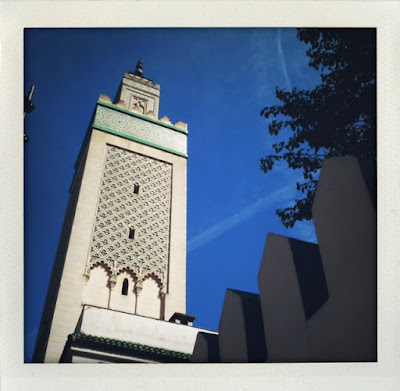 {La Mosquée de Paris}
Despite being able to find a bit of Morocco in the 13th arrondissement, getting to Morocco from Paris is too easy (and affordable) not to go. Yesterday I hopped on a plane and made my way a to Fès to meet up with a few classmates who decided to do the same. Two hours later and I was in Morocco. Now I type this from Café Clock – a café that ironically enough has a European spin, but also the best internet in town. Stay tuned… 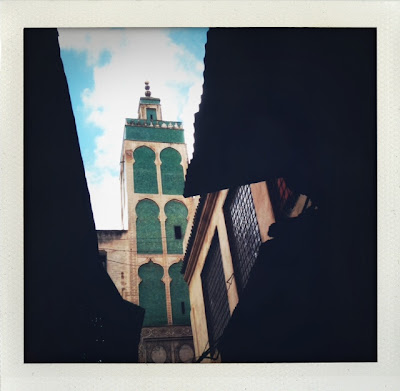