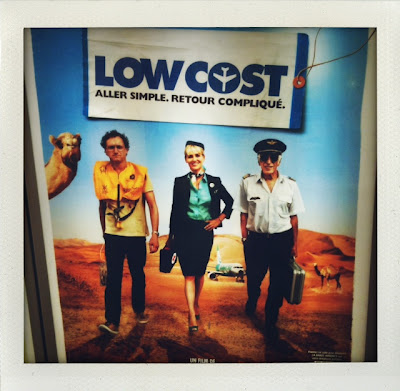 In France affordable flying has made it mainstream with a new film called Low Cost, which judging from the posters appears to be a comedic look at frugal flying. My last minute jaunt to Fès would not have been possible without these affordable flyers – EasyJet, RyanAir and Jet4you were may three options for this trip (note: another friend scored last minute with Royal Air Maroc). I bought my ticket on a Friday and flew out Tuesday. I wouldn’t have taken my last minute adventure if it weren’t for a little encouragement from friends, so here’s a little guide to help make your next travels as smooth as possible. 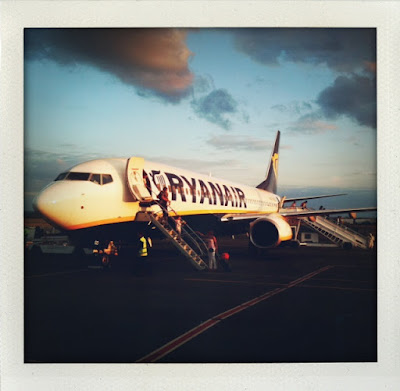 As with any airline, the trick to buying is looking for the hidden fees. Then there is the issue of sanity vs. cost factor. If I had my choice, I probably would have gone with EasyJet out of CDG, but the 7am departure time (and the price had gone up since I had looked a couple days prior) meant no metro, and an extra 25€ to take a shuttle to the airport (half the price of a taxi). Ultimately, I ended up on RyanAir (not without a hidden administration fare in the last step, and I opted to travel with a tiny carry-on to avoid that 40€ luggage fee). Besides, after hearing about the rough reputation of RyanAir (rumored toilet paper and bathroom fees), I figured it was a travel experience I needed to test out. 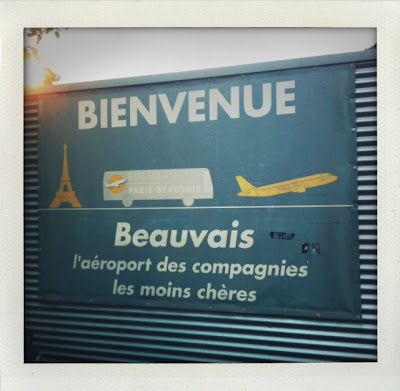 Before you fly on RyanAir or any number of these low-cost carriers (including the new Wizz! Airlines to Eastern Europe), you have to get to the airport – Beauvais – first. The furthest, and least glamorous, of the three main Paris airports, the most popular way to get to Beauvais is by bus. Head to Porte Maillot, which is an easy ride on Metro line 1 towards La Defense. There’s a map on the website which shows you where to go (the design of the website is fairly reflective of the quality you can expect), but following the masses with suitcases is a handy alternative. Less bus station and more shack, proceed to the line to purchase your 15€ ticket (cash only). Then the chaos ensues as there is no order for people to board the bus (and if you have luggage – or children – this adds to the annoyance of knowing which bus you’ll get on). I had one of the first flights out in the morning (9am), so it may have been a bit more all over the place than usual, but was glad I got there 3 hours in advance as the site suggested for the ride that takes about an hour. (Less fun was on my return flight, I had to wait over an hour for the bus, making the return home longer than my initial flight). I was also glad to see that one of the bus drivers had put signs on the windshield that let me know my flight was leaving from Terminal 1. As a rather small airport that resembles a bus station more than an airport, finding your way around Beauvais isn’t too daunting. 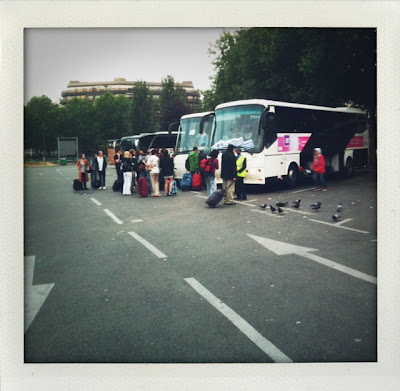 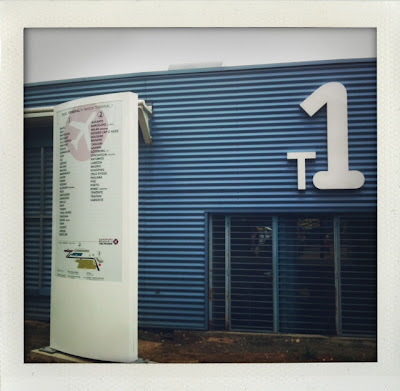 At the airport I got checked in and through security in a snap and without a hitch (the beauty of traveling light + carry-on only). I had plenty of time to sit and read my book, and to go through customs before the cattle herd was called to board the flight. As for RyanAir, I found everyone really friendly and nice, and far more efficient than I thought. While not their fault, there were a bunch of kids on both flights and I couldn’t help but feel like a magnet for crying, shrieking wee-ones. When we landed everyone clapped, as apparently the airline is known for rough landings (I found it fairly typical). 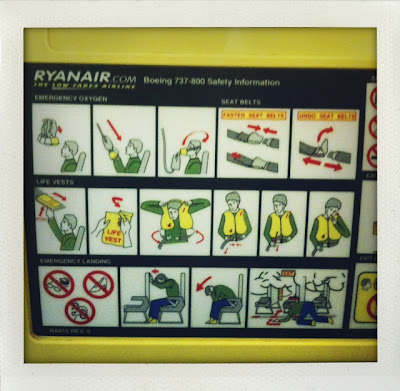 Ironically one of the charms of these low cost carriers is that you walk outside and up stairs to board the plane. Perhaps in winter or in rain, some of the charm would be lost, but it reminds me of travel of yesteryear. 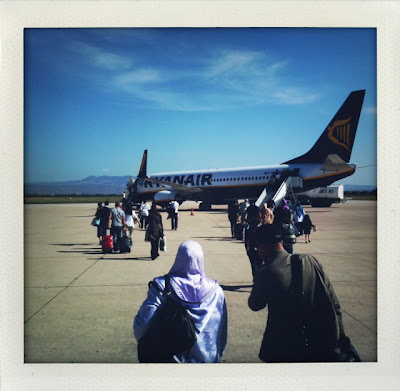 In short:
1. Allow for plenty of time
2. Pack light! (to avoid fees + headache)
3. Have low expectations
4. Realize there is a time/money/sanity trade off
5. Look out for hidden fees (cheap deals aren’t always what they appear)
6. Think about how you’re getting to the airport + which airport + time of day 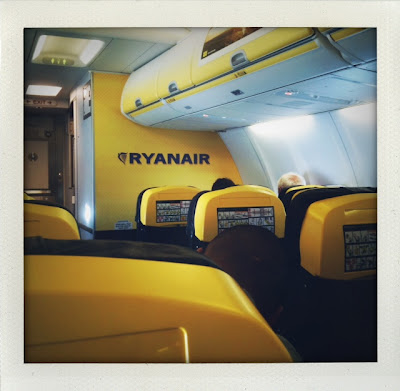