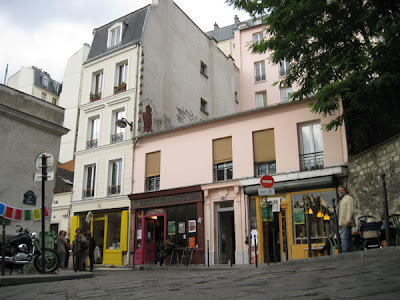 Yesterday I introduced you to my latest project exploring the neighborhoods of Paris. Starting in the 9ème, we’re now traveling to the east side of Paris to one of my favorite neighborhoods, in part due to the fact that so few tourists make it that far. Home to Père Lachaise cemetery and the ethnic area of Belleville, the 20th is home to it’s own charms. And I’m so pleased to have Paris-based writer Sion Dayson of Paris (Im)Perfect, who fully acknowledges that with life in Paris there’s still room for things to go wrong. 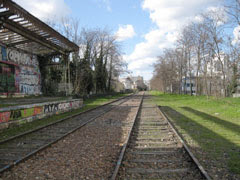 “Borderlands (A Tiny Pocket of the Twentieth)”
by Sion Dayson

It seems fitting where I ended up in Paris. People become passionate about their postcode, as each arrondissement has its own personality. Without falling into the trap of postal prejudice, certain quartiers do draw different demographics.

I’m most definitely a girl of the Rive Droite, and of the East. I started in the nineteenth – which will always hold a special place in my heart – but for the past three years I’ve lived right on a border. My mail bears an address of the 11th. I literally walk across the street, though, and I’m in the 20th.

Straddling these two neighborhoods seems almost symbolic, as I’m so accustomed to having my feet on both sides: I’m torn between France and the US. I’m a New Yorker who grew up in the South. Living in between, claiming both – these feelings are my familiar.

Of course, the 11th and the 20th are hardly opposites – nothing that dramatic. Both are far from the tourist crowds, local haunts are many. These two neighborhoods slip one into the next. 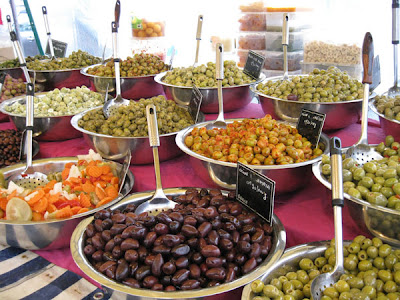 {Olives in the market on Boulevard Charonne}

The 20th is the scruffier cousin to the 11th, more populaire, more mixed. Cheaper rents mean it’s home to many immigrant populations, as well as anyone on tighter budgets. No wonder that many artists find their ateliers here, too.

This starts the spiral of gentrification, though. Because where the artists go becomes cool, non? The twentieth holds an inherent tension, then – between a tougher edge and hip trends. I’d say it’s still a mostly positive tension, an energy that animates, but it’s always something to keep an eye on.

Still, I can’t speak for large swaths of the 20th. Most days I stay faithful to my tiny borderland – I don’t have to venture far to find interesting things. 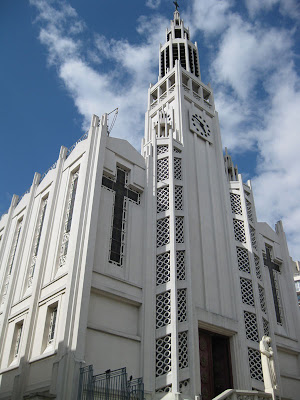 Every day as I walk up my block, I’m greeted by this tall spire reaching toward the sky. I habitually check the time on the church’s clock, yet I always seem surprised to see it. The architecture isn’t what you might picture as typically Parisian.

On my corner, is, well, my corner café. (Pretty convenient, huh?). Café Lino is laid-back and I love it for that. And what luck! A café opened Sundays and on every holiday, too. (Did you know? That is so not a given in Paris.) There’s live music the first Thursday each month, often jazz manouche. Reasonable prices round out its appeal.

From my metro stop, you can walk up Rue de Bagnolet and spy designer Philippe Starck’s Mama Shelter rising from the more modest surroundings. Electro/indie rock spills forth from club Fleche d’Or across the road.

My favorite thing in the whole world, though? Offbeat discoveries. Hidden passageways.

I saw this unassuming door slightly ajar on Boulevard Charonne. 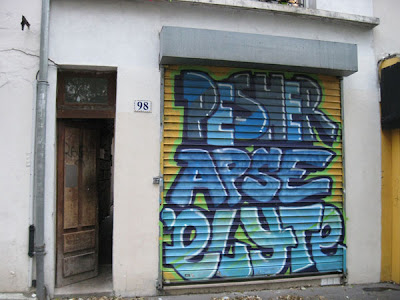 Not too impressive, but I suspected cuteness lay behind it. I was right! 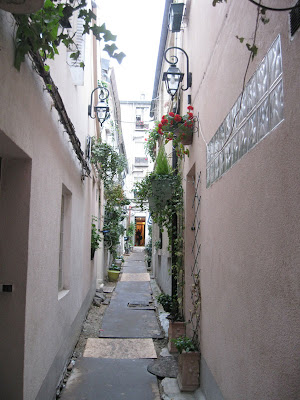 One wonderful way to get a chance at many such sneak peaks is Belleville’s annual Portes Ouvertes where artists open the doors to their studios. Belleville boasts not only one of the best views of the city from its park, but also numerous artist workshops in some of the most interesting spaces I’ve seen.

Just one surprise on my most recent walk: a mini forest in the middle of the city! 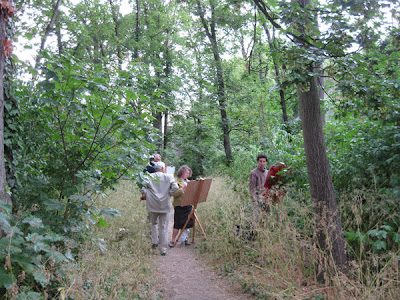 The 20th is also well-known for street art, particularly in Belleville and Menilmontant. There’s the officially sanctioned art on Rue Denoyez, but radiate outward and there are plenty of places to find graffiti, paintings, stencils, tags, and more. The evolving creations make me feel I am part of something changing. Something alive. 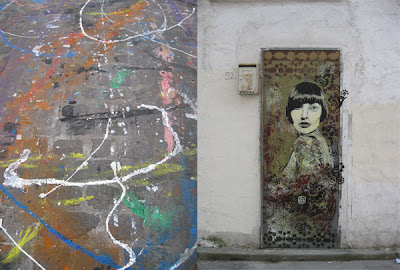 {Even the pavement of Rue Denoyez is colorful; [right] Near Impasse Satan, which is around the corner from Passage Dieu (Satan Impasse/God Passage)}

So here, on my street, named after author Alexandre Dumas, and a short walk from Pere Lachaise cemetery where many other famed writers take their final rest, I can’t help but feel blessed. To be working from this borderland, writing late into the night. Creating my own art in the far reaches of the City of Light. 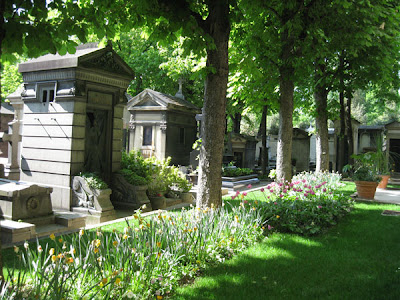 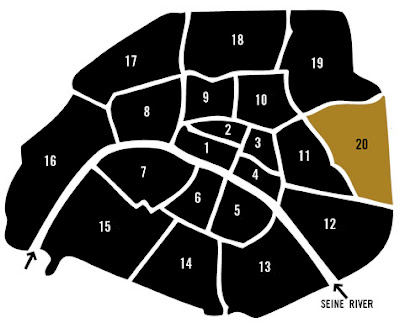