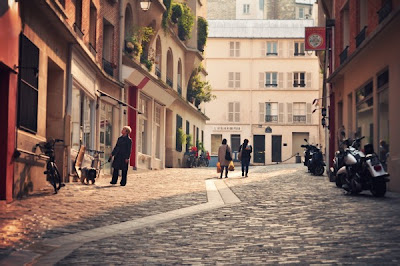 {Square Vernemouze}
When Italian film maker Elena Rossini first moved to Paris, the 5th arrondissement became her home. Today she gives us a beautiful tour of 75005, on our continued look at the city through the eyes of bloggers. La Mosquée will always be one of my favorite escapes in the city, where it feels like you’re in Morocco, while still in the heart of the city, so I’m happy to see it made her list, along with some new-to-me spots. P.S. Elena just launched a new Kickstarter campaign for her documentary The Illusionists, looking at the commodification of body image in the media – find out more HERE! 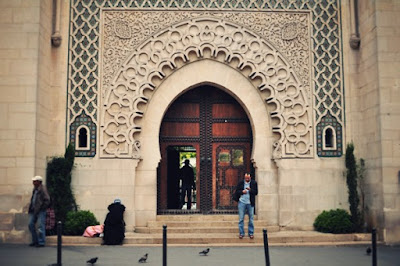 {2 Place du Puits de l’Ermite: The entrance to the Grande Mosquée de Paris (Great Mosque of Paris). It’s the largest mosque in France and the third largest in Europe. Its rooms and gardens are absolutely stunning. If you walk around to the other entrance (at 39 Rue Geoffroy Saint-Hilaire), you’ll find a restaurant, a tearoom, an hammam, and a souk (store). I would skip the restaurant and enjoy delicious pastries and mint tea in the outdoor tearoom. You’d feel transported to a foreign place.} 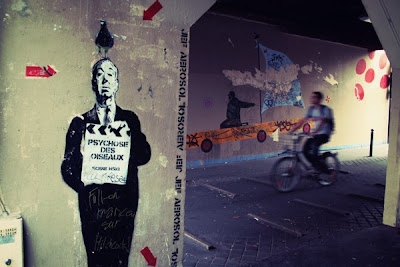 {Jean Calvin – Hitchcock’s stencil is by graffiti artist Jef Aerosol. The streets near Rue Mouffetard are adorned with many stencils by renowned artists like Jef, Miss.Tic, Jérôme Mesnager, and Blek le Rat.} 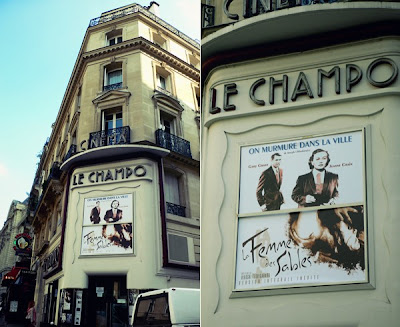 {Le Champo, 51 Rue Ecoles – A cult movie theatre that was frequented by nouvelle vague directors in the 1960s. It holds retrospectives of art house films and is known for its all night screenings on Saturday nights – three films, plus breakfast – for 15 Euros.} 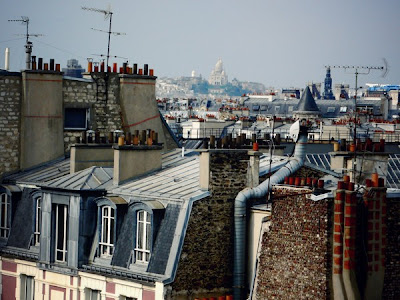 {Rooftops – You can spot the Sacre Coeur in the distance.} 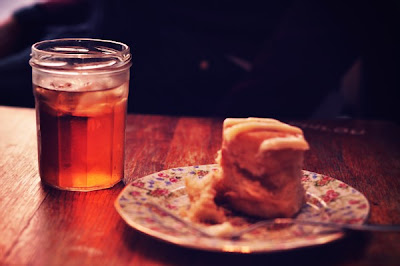 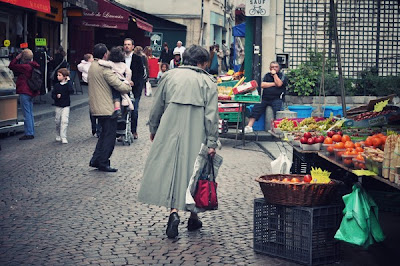 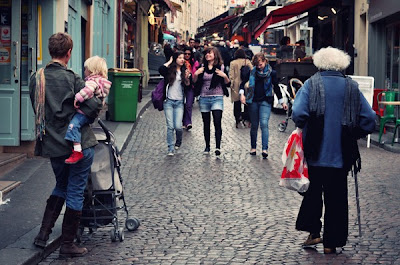 {This picture, taken on Rue Mouffetard, is pretty representative of the style of the 5th arrondissement: casual and laid back.} 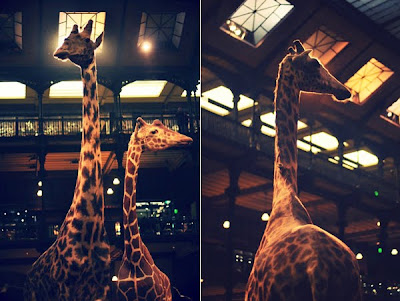 Worth checking out in the 5th: 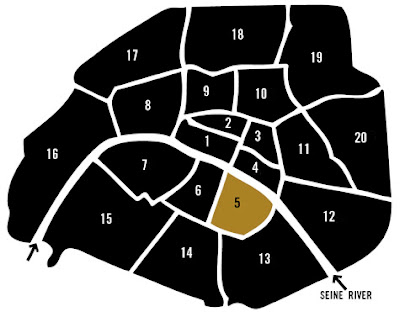