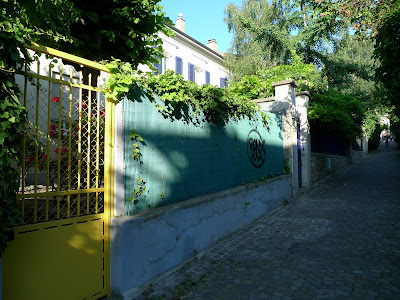 More and more I find myself frequenting the 19ème arrondissement (75019), whether to take advantage of the upper end of the canal, go to the cinema, hang out in Buttes Chaumont, or to check out the latest at the contemporary art center/ former funerary hall, 104. However, after Meg Zimbeck‘s look at the 19th in today’s Tour de France, there’s still so much more I have yet to discover. Also, as summer is upon us, this clearly is the arrondissement for festivals. Meg also happens to be the founding editor of Paris by Mouth, a fabulous resource for all things food in Paris!

{Image above: The Mouzaïa quarter just east of the Parc des Buttes Chaumont. Mouzaïa is a collection of charming flowering alleys (each one is called a “villa”) and countrified bungalows within a neighborhood that’s dominated by towering apartment blocks.} 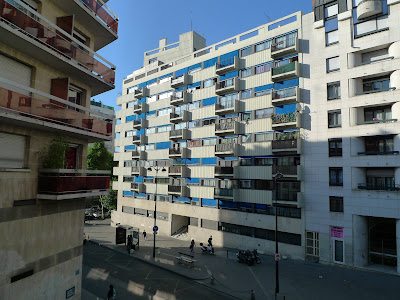 {Mouzaia is sweet and bucolic, but it’s an anomaly. This shot of the rue Crimée, taken as it climbs toward the Place des Fêtes, is more typical of the modern architecture you’ll find in the 19th.} 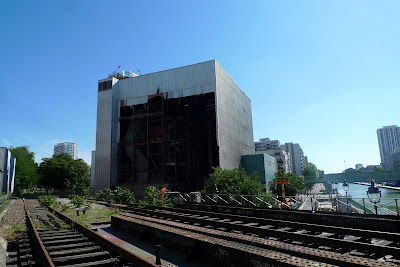 {This shot captures the post-industrial nature of the 19th. It’s an incinerator in the process of being dismantled, and in the background you can see the Canal de l’Ourcq. This Canal used to be used to dispose of waste from the nearby slaughterhouse, but that slaughterhouse has been transformed into the Parc de la Villette and the Canal has become an area for biking and picnics.} 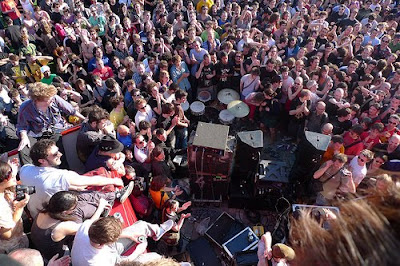 {The Villette Sonique music festival takes place in the Parc de la Villette each year in May. There are three music venues within this massive park, in addition to the open air concerts that take place in the summer.} 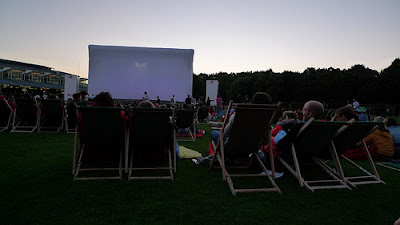 {The same park hosts the Cinema en Plein Air festival every summer – a series of free outdoor movies that attracts hundreds of film- and picnic-loving people from all corners of Paris. The festival opened this week and will run until August 11th.} 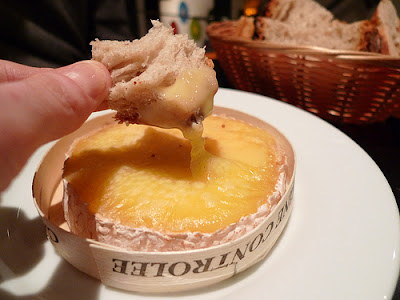 {This very simple pleasure (a box of Camembert from milk master Jean-Yves Bordier, warmed until gooey and served with bread and salad) can be found at O Divin, an unassuming wine bar on a small street behind the Parc des Buttes Chaumont. They have a wonderfully calm terrasse in summer and a great selection of natural wines (35, rue des Annelets). For something a little more special, I love Le Chapeau Melon.} 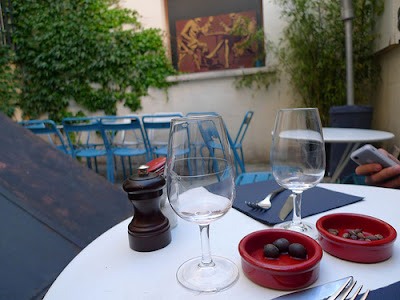 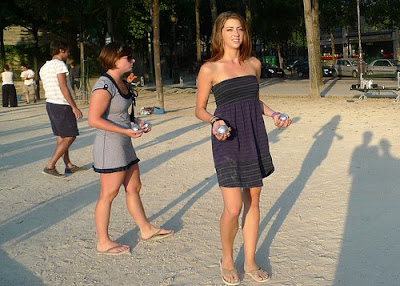 {Both of these photos were taken along the Bassin de la Villette during the summer. There are hundreds of young people who gather along the water during the warm months to picnic and play boules (pétanque). You can bring your own, or borrow balls from Bar Ourcq, a fun place that also sells beer in plastic cups to go (68, quai de la Loire).} 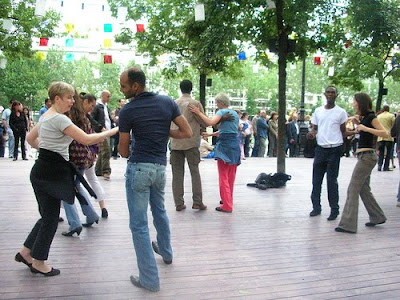 {Paris Plages sets up a northern outpost of its annual urban beach party along these same waters, and you can find sand, palm trees, lounge chairs and a stage for dancing here every summer.} 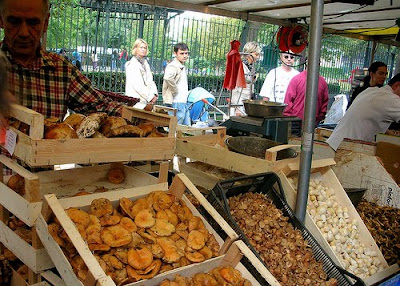 {The biggest market in the neighborhood is held at Place des Fêtes every Tuesday, Friday and Sunday.} 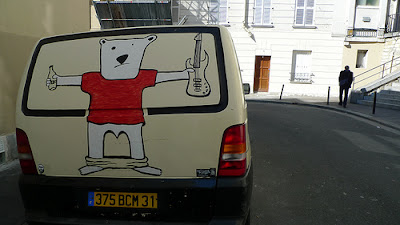 {There’s a fair amount of graffiti in the 19th, much of it quirky and irreverent.} 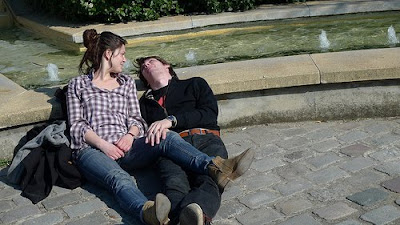 {In contrast to the neighborhoods where I work (giving food tours), the neighborhood where I live is a lot younger, hipper, scruffier, and easy-going. I think this photo captures that.} 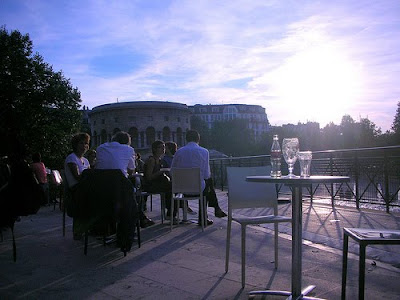 {I love to read and have a drink at 25° Est, a cafe overlooking the place de Stalingrad. The upper terrasse is flooded with sun (and people) during the later afternoons, and prices are easy.} 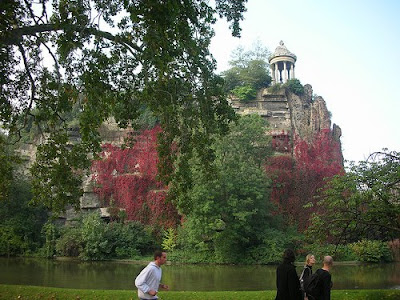 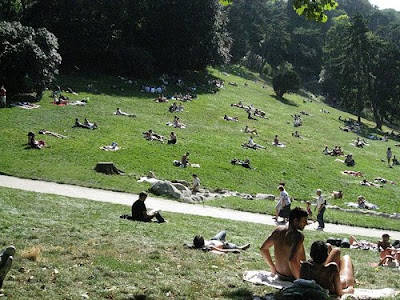 {There’s really no shopping in the 19th to brag about, so I’ll beg to substitute my favorite park – the Parc des Buttes Chaumont. It’s the city’s largest, wildest and hilliest park. I probably spend more time here than any other place in Paris. It’s a haven for joggers, readers, picnickers, sunbathers and, ever since the opening of the Rosa Bonheur [below] cafe at the top of the park, hipsters.} 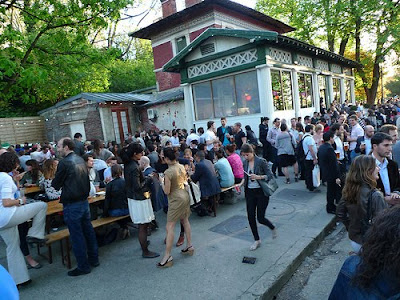 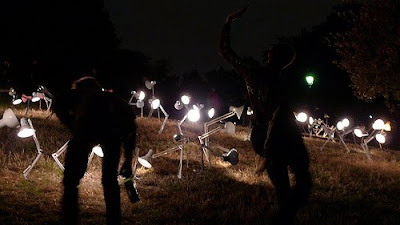 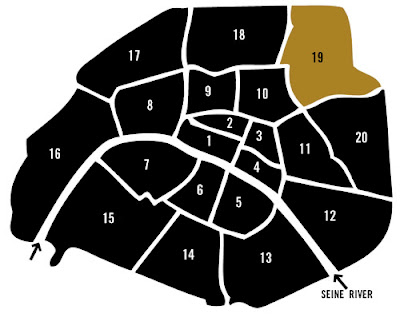