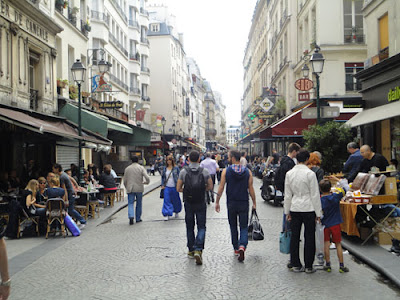 A couple weeks ago I found myself on the bus, got off at the wrong stop, got on a another bus and ended up in the 2ème arrondissement where I found myself pleasantly surprised and encountering unexpected charms. When I invited Emma Bentley to share the 2nd arrondisement (75002) with us in my Tour de France series, she remarked on how it was a recent discovery for her as well. What I love too is for her contribution all (but one) photo were taken from the comforts of her Velib bike! 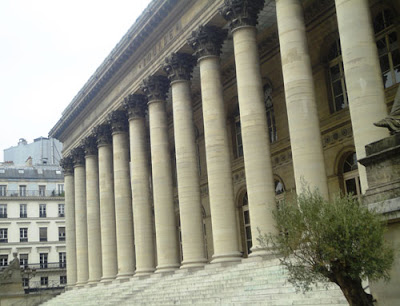 From Emma: Being a Masters student at one of Paris’ “grandes écoles”, I could go on for hours about the history of the Palais de la Bourse because in the 19th century, it was the location of Paris’ stock exchange and for a time, the Chamber of Commerce. The 19th century was the golden age of this arrondissement; it was when the majority of the buildings were built and as you’ll see if you visit the area, little has changed since then but the buildings remain as reminders of what once was. Today for example, stock trading has become computerised and the transactions take place elsewhere, but the beautiful building with its very classical colonnade still remain, and in fact, it’s probably one of the major highlights of this arrondissement.

“Urgh, what is the stock exchange really the best thing this area has to offer?!” you might be thinking…. but wait, before you get any further thinking that this, the smallest of the 20 districts in Paris is all business, business, business, let me show you some other features. There’s plenty of shopping to be done in the covered arcades that are dotted around here and there. 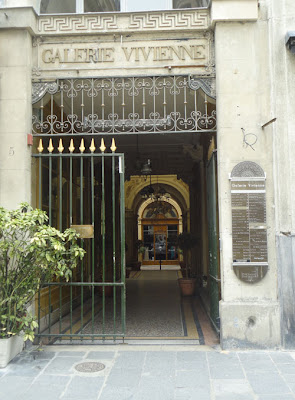 I’m also a massive history buff, so I can’t show you a photo like that without wanting to explain the origins of the “passages” or “galeries”. They were created in around the 1820s (the same as la Bourse) as an up-market place to be seen and to go shopping, out of the rain and, in many cases, they were some of the first places in Paris to have gas lighting. They also haven’t changed all that much today – you can find all manner of small shops, boutiques, and cafés and each “passage” has its own quite unique atmosphere so they’re definitely worth checking out if you’re in the area, especially if it’s raining and you’re looking for shelter.

The architecture of this area varies tremendously from the very traditional…. 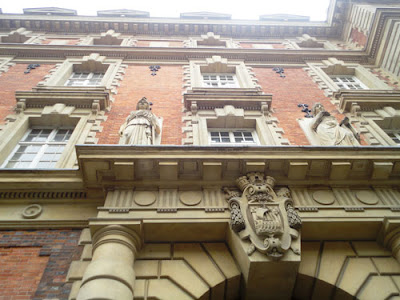 …. to the presence of some playful influences. 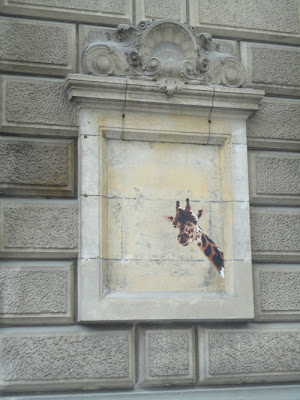 If you head to the hip and trendy food mecca that is the rue Montorgueil in the southern-most part of the arrondissement, there you’ll find a totally different vibe. It’s one of my favourite streets in Paris – lined with specialist food shops and restaurants and being so close to the Pompidou centre means that the tourists outweigh the locals, but the street is still not yet well-known enough that it has still kept its charm. 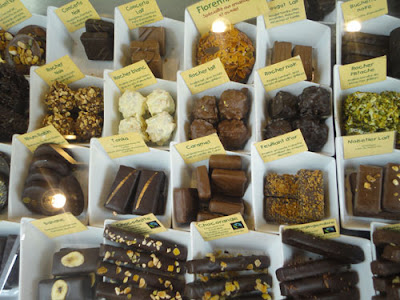 One of my favourite shops is the chocolate shop which is called L’Atelier du Chocolate, 45 rue Montorgueil. Open from 10am – 8pm “sans interruption” Tuesday – Sunday, this is definitely worth a visit.

The second is just a couple of doors further down, the Stohrer patisserie.Founded in 1730, this is the oldest patisserie shop in Paris. The elaborate frescoes and carvings, not to mention the mosaics in the floor are simply breathtaking. Their claim to fame is the creation of the Baba au Rhum (if you have never heard of that, simple speaking a rum-soaked pastry, but that description doesn’t do it justice!) and if you’re passing by, you simply must try it. (51 rue Montorgueil – make a note!)

And if after all that walking and munching, you start to get thirsty, let me recommend the Bistrot des Petits Carreaux, (17 rue Petits Carreaux – which is actually just an extension of rue Montorgueil) where you can sit out on the sunny terrace and watch the world go by.

P.S. I should actually mention that all of these photos, minus the Baba au Rhum from Stroher, were taken from my Velib (Paris’ “free bike” system.) The Baba au Rhum however required far too much concentration to stop me from spilling the Chantilly cream and the rum that was oozing from the bottom all over myself, so for that reason I pulled over and hopped off! 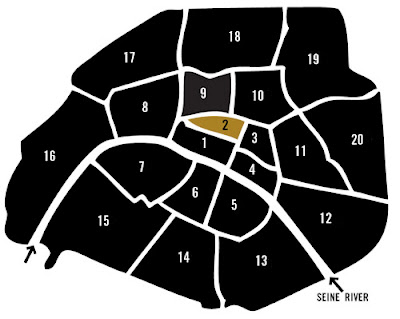