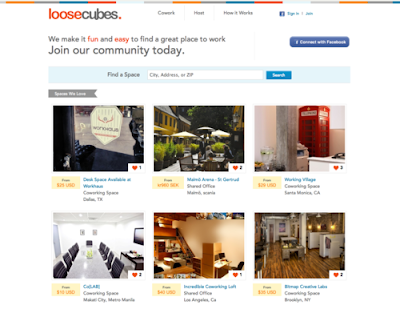 Yesterday I came across an article on Portfolio.com that caught my eye. It opened with a quote by Scott Gerber, saying, “Gen-Y’ers should burn their résumés and shift their focus from getting a job to creating a job if they want to survive the new realities of the economy and unemployment.” When you finish grad school they don’t really warn you about that weird transition time back into reality. While one of the reasons I left my job in order to take on debt for grad school was that the 9-5 glued in front of my computer at a desk job (even though I worked with great people), wasn’t for me. True, I’m probably glued to my computer more than 9-5 now, but it’s the freedom of not being chained to a desk which I love. Since graduating this spring, I’ve gone back and forth between what my next step is, enjoying the freedom of a freelancer in the way I did as a student, but often times feeling societal pressures for a “real job” and a bit more stability (hello, student loan reality check!).

The more I seem to be falling into freelance work (primarily thanks to friends, friends of friends, word of mouth and this blog), the more it seems to be working. In fact, in order to stay in France, I have to make it work, as I’m currently writing a 20-50 page ‘Le Business Plan’ for my visit to the Préfecture at the end of the month. If anyone would have told me this is what I’d be doing when I came to Paris, I never would have believed them. But seeing Scott Gerber’s advice (he’s also the author of “Never Get a Real Job“) it seems like creating my own job is not as crazy I may have thought.

Yesterday’s Boarding Pass with Suzanne Harrison was just as inspirational, seeing the nomadic lifestyle she leads as she’s in control of her work – as a photographer – which is not limited by location. She’s able to move from apartment to apartment (and some really cool ones at that) thanks to services like Airbnb or HomeAway, not to mention countless independent sites around the world. There’s something highly appealing about having the freedom to go anywhere. Once I have a bit more stability, it may be something I venture to do as well.

On my last trip home, I got a good appreciation of working while traveling. It’s tough (in the same way that so many visitors come to Paris, and they’re on vacation, but you have a job to do even if it doesn’t mean going to an office). The concept of “co-working” is a buzzword that seems to be gaining a lot of traction these days and a good way to strike the balance between the best of both worlds of work and travel. Think of it as an apartment rental, but for office space, and more often than not, with really cool people.

In Paris, there is only one that I know of for now, La Cantine. It’s an open to the public work space in part sponsored the city. For 7 Euros for a half day or 10 Euros for a full day, you can have access to internet, a table/workspace, and the company of several others around you doing the same thing [psst, they’re closed for a couple weeks in August]. They often offer special workshops (I went to one on Open Source Maps), and those that go have been known to connect and collaborate on their own work. In a way it’s a community more than a workspace. And yes, if you’re popping through Paris, you can just pop in to this one; no reservation required for this one. 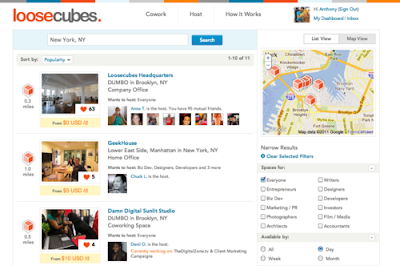 The beauty of co-working is that it’s found worldwide now. When Alex from Hejorama, a travel site based in Paris, was in NYC he met with the founders behind Loosecubes, an international network of desks for rent, so you can find a workspace while you’re on the road. Alex said the days he spent co-working were the most productive he had on his travels – check out this video interview to learn more. You can either join the site as a host (is somebody in your office on sabbatical or you just have extra room?) or a co-worker (someone like me, on the road). Click here for more on how it works, and lots of cool, featured locations as well as new site features on their blog!

The exciting thing is that in this day and age there are so many more tools to allow for the creation of your own thing. Gerber argues that jobs need not be the “next Facebook” or the most exciting endeavor, but with the right tools in place, who says you can’t do something creative…