It may sound crazy, but meeting the French is harder than one would think. Sure you can encounter them on a daily basis, but cracking into their worlds is a whole other challenge. I feel so lucky to have met best friends Alex (programmer) and Ben (illustrator) of Hejorama about a year ago thanks to twitter and our blogs. Hejorama encourages “travel as you are,” and features regular content that not only presents interesting finds, but takes a stance on what they’re sharing (and with a good graphic eye). Read on and it’s clear how important it is to meet people and have fun while on their travels. Alex is about to head off to Berlin for the next 3 months – the joys of being able to work remotely – so stay tuned for more of their upcoming adventures. Thanks, Alex and Ben! 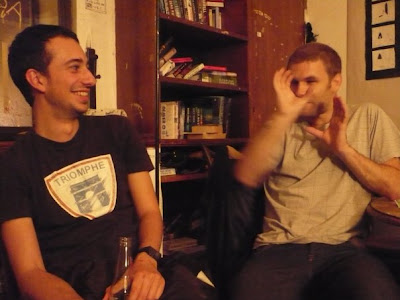 {Alex and Ben at Foundry in London} 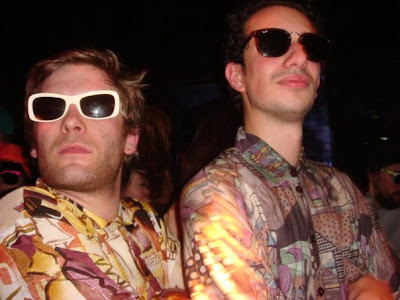 next trip on deck:
BC: Venice for La Biennale
AK: Thailand this winter because we didn’t have a summer in Paris… 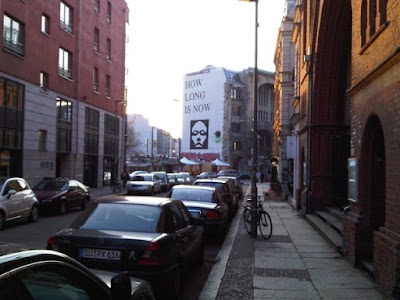 one place you would go back to again and again:
BC: Berlin
AK: London is my favourite city in the world for now. I lived there for two years and will probably move there again someday. 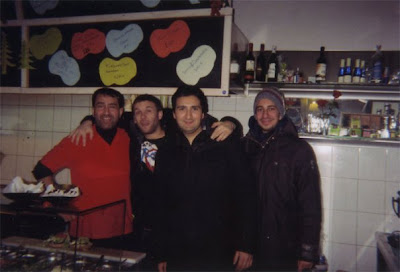 place you’d most likely recommend a friend go visit:
BC: 137 rue de Tolbiac
AK: the world, it’s a cool place where everything and everyone is interesting. 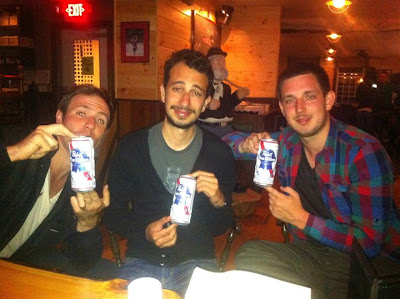 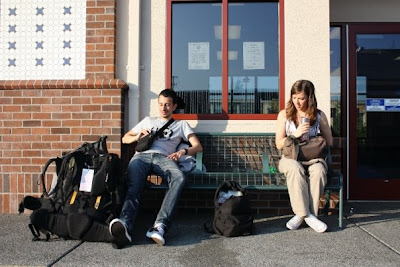 preferred method of transportation:
BC: Walking and taking the train. Or walking in a train
AK: Feet. I like riding velib at night as well… 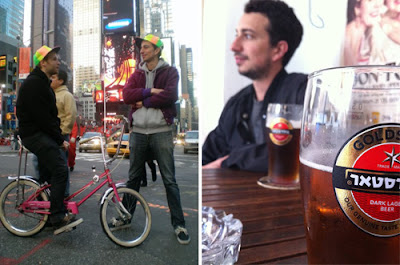 place you’ve never been but dying to go:
BC: I’d love to shoot a Hejorama action movie in Nollywood
AK: Rio for the carnival and endless caipirinhas 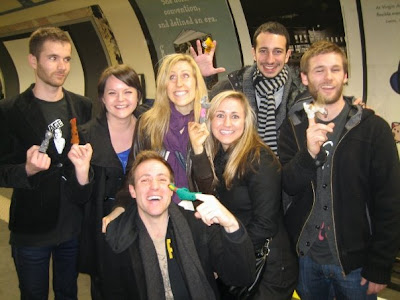 place you’d never go back:
BC: I can’t find one…
AK: Bern in Switzerland. I don’t say you shouldn’t go but I’ll never go back for sure if don’t have to. 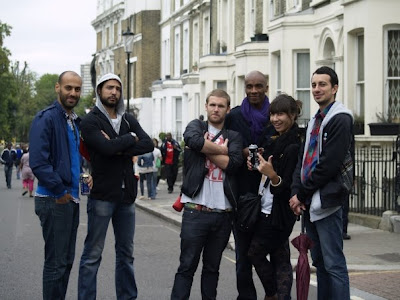 most memorable trip in 2 sentences or less:
BC: My first trip without my parents, one month in Egypt when I was 16 (with Alex). A childhood Egyptian friend invited us in his family and we traveled across the country like a modern reckless Indiana Jones…
AK: We spent 10 days travelling in Eastern Europe (Bratislava, Vienna, Prague and Berlin). It was the perfect trip with a lot of interesting encounters and experiences. 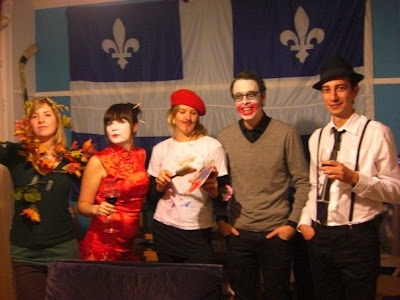 {Halloween with Couchsurfers in Montreal. (Ed. note: Halloween doesn’t really exist in France, making it more interesting to look at these images from a French perspective and the experiences they’re having while traveling).}

how do you prepare for a trip?
BC: Internet and friends for accommodations. I ask Alex, he knows so many people… Then books, novels and movies for inspiration.
AK: I make a list of people to meet. For that I use my Facebook network, Twitter and Couchsurfing.

how do you record your travels when you’re traveling?
BC: Mostly photography and notes.
AK: I record everything with a Vado point-and-film camera. And I usually never do anything with the footage though. 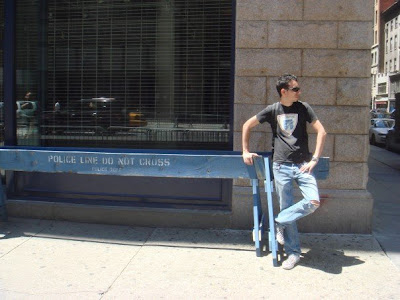 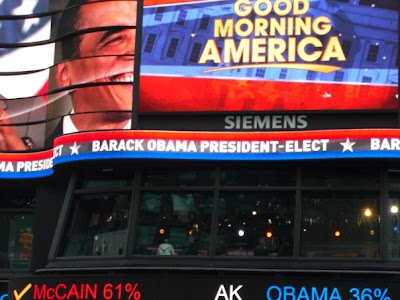 what is your favorite thing to photograph in a new place?
BC: Mostly high times. Unique moments I want to remember, unique people I met.
AK: Ever since I broke my camera in 2008 in NY, I stopped taking pictures. If I do, I use my phone and it’s mostly of the people we meet. And the food.

on an average, how many pictures to you take on a trip?
BC: 27 (one disposable camera), sometimes 54.
AK: Maybe once a day. But I film 10 hours per week. Which is way too much to edit afterwards. 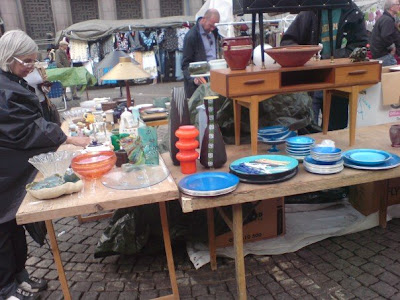 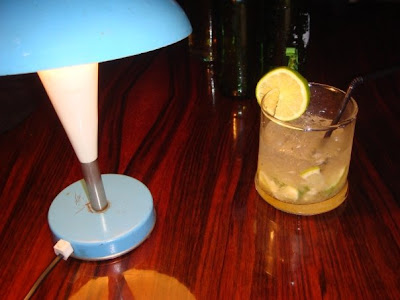 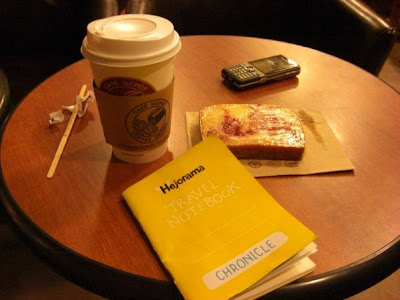 what do you do after a trip? how long after a trip does this happen?
BC: I post travel stories on Hejorama with scanned photographs. I usually write the story one week after coming back and then add the adressess from time to time when I remember.
AK: I rest. Then I write a report for Hejorama if I have anything that I want to share. I also write a short chronicle to put on the site with some photos. I used to make a Facebook albums as well but I take less and less pictures. 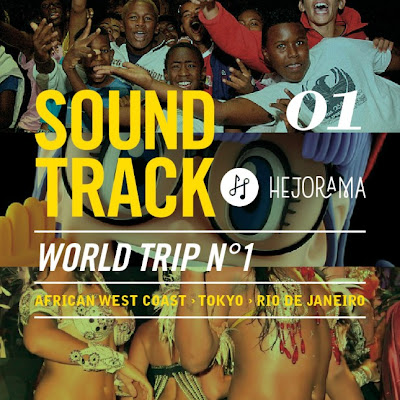 {Soundtrack of the Hejorama launch party} 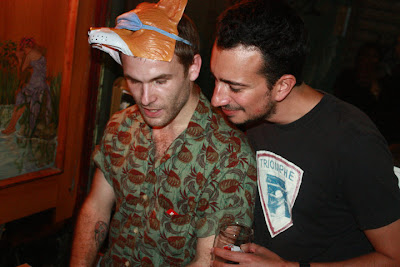 favorite souvenir/thing to bring back?
BC: Old books and a snow globe for my mum. Funny little things for friends.
AK: A shot glass for my father and something local for my mother. 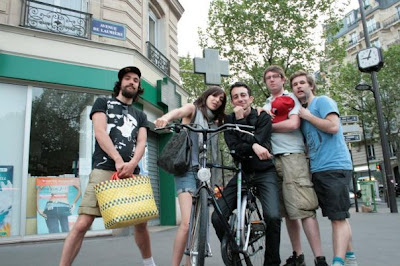 BOARDING PASS is a weekly column exploring the creative ways people travel. Look to the right for the complete list of participants.

Live the LanguageBeing Seduced by France