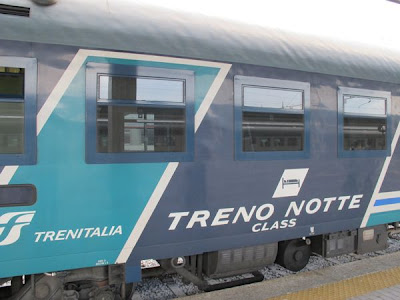 My recent trip to Venice was inspired by two things 1) the apartment rental I won and 2) a trip on the Orient Express. Both felt like a wonderful escape from my everyday life in Paris, and a bit like I was living someone else’s life. To prove it wasn’t all too glamorous, I wanted to share my mode of transportation to get to Venice. Inspired by the OE, I decided that I’d make this trip an all train travel trip (for the final leg I took the Eurostar from London to Paris). 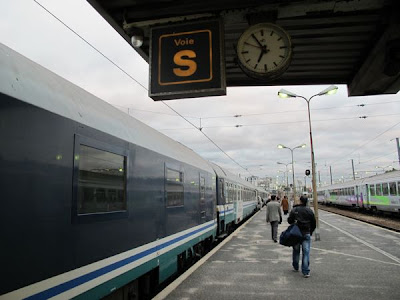 I was very excited when I purchased my ticket to Venice, in particular due to the fact that I purchased my first class ticket for cheaper than second class. The irony was that aboard my Italian train, the only difference between first and second was that I was in a room of 4 instead of 6. A nice Italian woman living in Brussels was the first to join me in the cabin, which was arranged for seating when we first arrived. Happy about my decision that I ate dinner before boarding the train I asked her if there was even a dining car or any communal car. She said no, and maybe there had been one, but since there was no one to repair it, there is no longer one. Later, I heard a cart come down the narrow hall, clanging against the walls – it turned out this was in fact a dining cart. 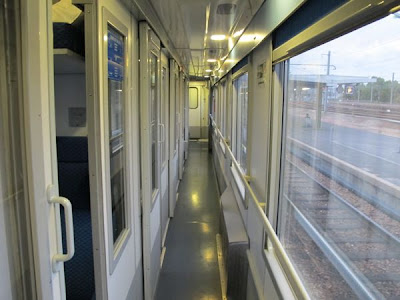 The next thing she did was warn me about pick-pockets. I was happy to be on the top bunk so I could tightly pack everything away (all the books I packed would make stealing anything from me really heavy and awkward). I put a quick note about her warning on Twitter, and several people responded – so use this as your own warning, pickpockets on overnight trains to Italy are rampant. 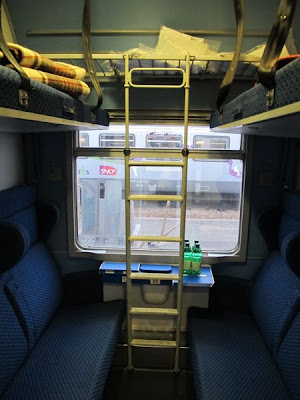 {my bed was the top right one}

The train left around 7pm and I found myself mounting my bunk shortly after we started moving. I read for a bit, but felt sleep was the best way to pass the time. It wasn’t the most restful sleep, fearing pick-pockets. However, it was actually the train being stopped for long intervals that woke me the most (and made me feel claustrophobic in the small cabin). Then at 4am the Italian police came on and woke us all to get one of the fellows on the bottom bunk. He did not have his proper papers and they made him get off immediately (they had collected our passports when we boarded). I did not understand a word, but the Italian woman in my cabin said they were quite mean. 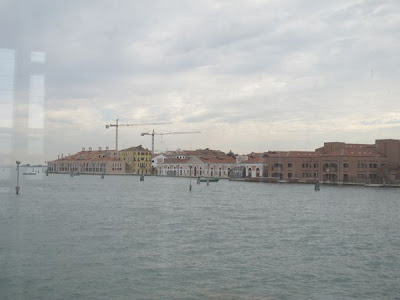 {you enter Venice by rolling over water}

In the end I got to Italy in one piece, and just one hour late, and with all my possessions still on me. It was an interesting experience, and got me from A to Z, but one that I think I can check off of my “to-do” list of life. If ever given the choice between a first class Trentialia train, or being a stowaway on the Orient Express, go with the later.

HomeAway from Home in VeniceThe Joy of Work