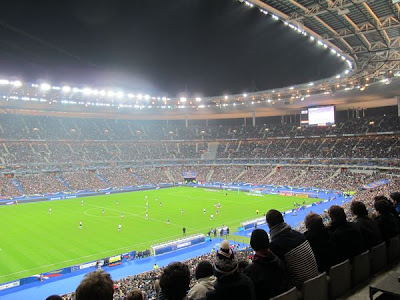 The theme of the week is shaping up to be “best of both worlds.” A couple weeks ago I attended my first football (that would be soccer to you Americans) game. The match was USA vs. France, and despite what many may guess, I was still rooting for my home country. The US isn’t known for their football time, the same way France is, so our French friends joked, “if the final score is 0-0 we’ll consider it a win for the US.” USA held their own, and France missed a lot of shots, but ultimately France took home the win, at 1-0. And when we were sandwiched in the crowds to get on the RER B back to Paris, my fellow Americans were kind of relieved that we didn’t have to deal with bitter Frenchmen. 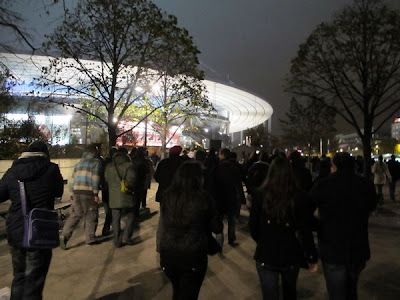 The walk up to the giant saucer, le Stade de France. 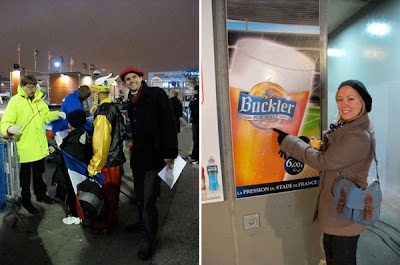 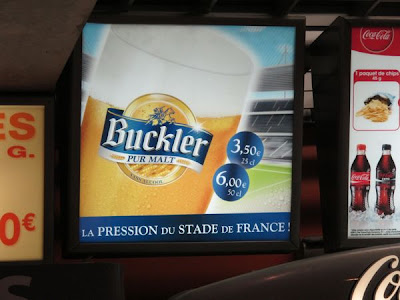 Yes, seriously! The only beer served at French the stadium is non-alcoholic. All Americans do at football games (particularly “Football Americain”) is drink beer! 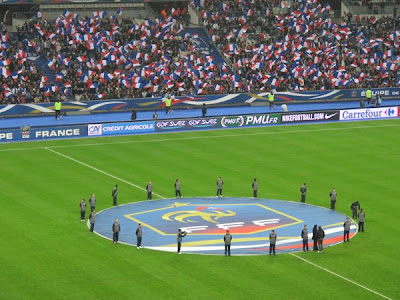 Like everywhere in the world, fans love their team. They also love doing the wave.