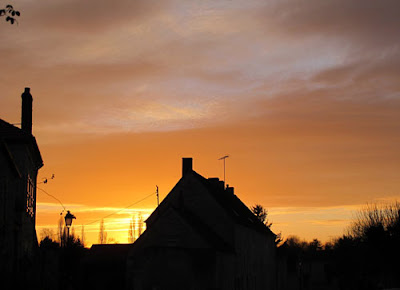 By far the best thing about being abroad over the holidays is being adopted. I was lucky enough to be invited to join my friends Catherine and Caroline‘s to join their family for Christmas in Picardie, less than an hour north of Paris. The second best thing was that it was all a fairly last minute plan. I was told which train station to get off of at, but other than that I didn’t really know where I was going. I always have thought experience gifts were the best, and I got just that. 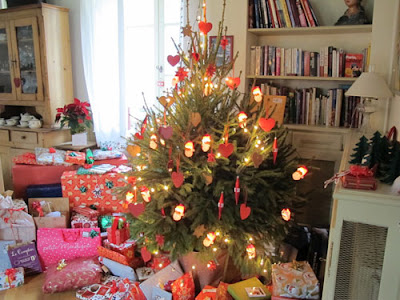 {Santa is magic. He can find you anywhere in the world!}

The reality of living in Paris means that often I visit friends elsewhere in the world and they have bathrooms bigger than my apartment, so to be in a whole house and in the countryside with an amazing backyard was just heavenly. I arrived just before lunch, and given a quick tour before making it to the living room for what would be the first of many rounds of champagne that weekend. Their father and I had an early exchange about how the French don’t drink much water, and he argued that wine is mostly water. Later Caroline told me how they don’t drink water. I of course took this as a “I know, all you drink is wine,” but in fact, where they live is a very agricultural area, so the water isn’t safe to drink. Glad to have clarified that early. 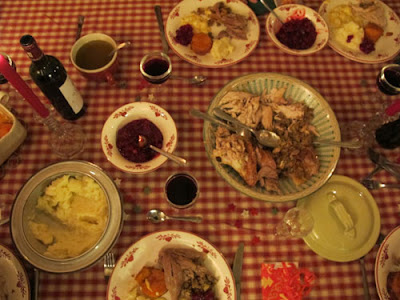 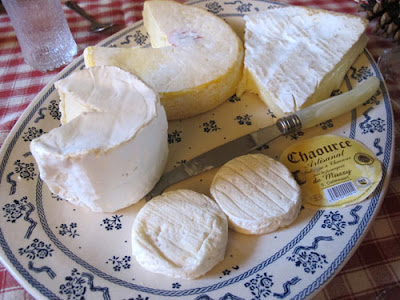 {The cheese course made every meal more French}

What was to follow was more eating, drinking and general merriment. I was warned early that what I was experiencing was not a typical French Christmas, but rather one infused by many American habits thanks to their American mother. During lunch I learned about “le syndrome français” when no one wants to be the person to eat the last bite on a plate (in reference to the sole piece of delicious fois gras). This was a reoccurring theme through each meal, in part excused by the fact that there were multiple courses, and so one had to leave room for the next. At the same time, if you every find yourself visiting a French family, if you can be that person who goes in for that last slice, or another glass of champagne, you will quickly win everyone over. 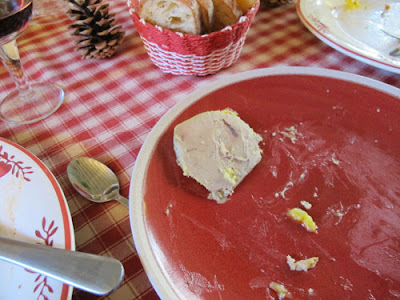 Last year I was in Paris with a American friend in town, and while there was plenty of wine and cheese involved, but I wouldn’t call it a French Christmas at all. Part of the irony of this year’s first “Christmas in France” is that it was the French who were introducing me to a bit of America. I couldn’t help but laugh at the fact that I was watching White Christmas for the first time this year, as instigated by the annual tradition of the French father. Then we later went on to watch Woody Allen’s Whatever Works and then a couple episodes of the freshly opened Mad Men Season 4. The good news is that the later two were viewed with French subtitles on, so it was still an educational experience. In fact, it was fun to discuss the films en français afterwards. 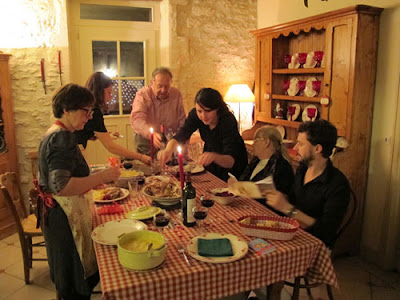 {Recipe for a great holiday: family and food.}

The amazing thing was that even being far from home, I felt at home. Heck, even Santa found me! Still, at the end of the day, it’s the memories that will stay with me longest. (I made the family an Oh Happy Day! inspired photobooth/shoot which led to many laughs). While I knew I was going for Christmas, I didn’t think I realized how much I was going to get out of the weekend. Conversations continued, ideas and inspiration flowed, and I think we’re all ready to dive into 2012 refreshed and ready to go. 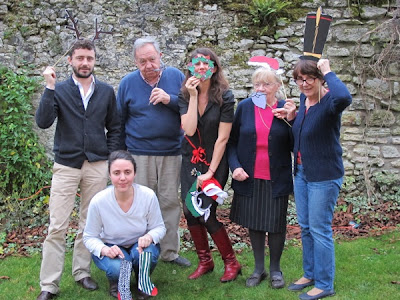 Mille mercis to my real + adoptive families around the world!