There are so many blogs and websites out there, I love when I come across ones with a strong point of view, especially when it promotes travel in different ways. Untapped Cities is one of those sites. I’m of course drawn to the Paris pages for their off the beaten track finds, but the site also has a strong presence in New York (with a new column, Urban Camera, by recent BP-er Sivan!) and San Francisco. Today we look inside founder Michelle Young’s style of travel. As a graduate student in urban planning at Columbia University, with a B.A. from Harvard in the History of Art & Architecture, and a graduate from the Juilliard School of Music, I’m especially interested in Michelle’s multi-dimensional look at the world. Thanks, Michelle!

p.s. Click the links in the captions to discover some untapped places! 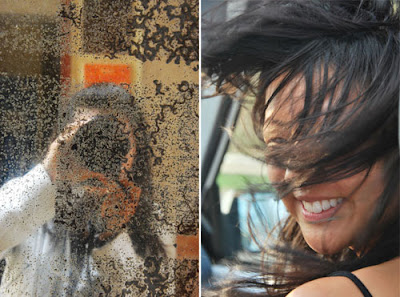 Self portrait In Passage Bourg L’Abbé in Paris. [right] Road trip from the black island of Tin Tin in the south of France to Aix-en Provence. 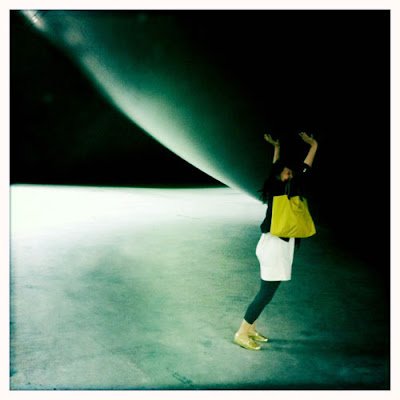 At the Anish Kapoor exhibit at the Grand Palais, Paris. 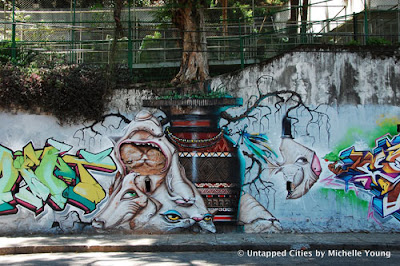 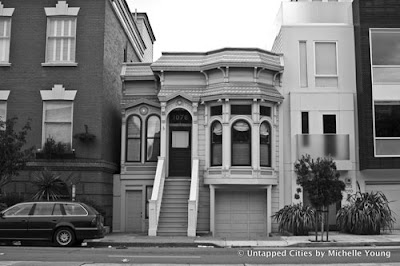 next trip on deck:
This is my year of domestic travel—Berkshires in Massachusetts, San Francisco and Washington DC in January, LA in April. I’d like to roadtrip across the country and go to New Orleans this year too. When I was touring with a rockband, we performed all over the south and Midwest on multi-week tours and I just loved being on the road. 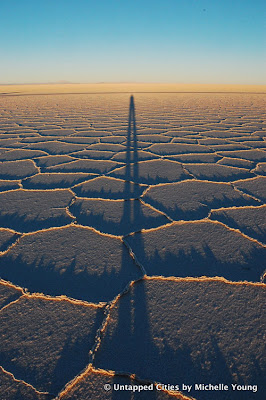 Self portrait in the salt flats at Uyuni, Bolivia

One place you would go back to again and again:
One would think Paris since I’ve been 7 times this past year, but actually I would say Bolivia. The first time I went, Abercrombie & Fitch sent me to monitor factory production and I fell absolutely in love with the chaos of La Paz and the austere, natural beauty of the land. I made it my goal to go back and on that trip I met the guy who is now my boyfriend. In a twist of fate, we both ended up in Santa Cruz even though on that day I was supposed to be in Rio de Janeiro and he in Indonesia. 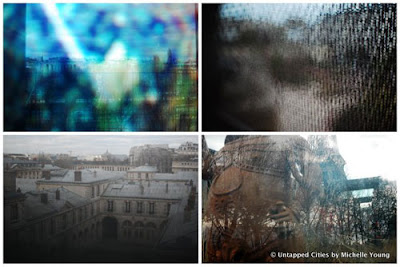 Distortion from the inside of Quai Branly museum

place you’d most likely recommend a friend go visit:
For the adventurous, South America. For the romantic, Paris. For the partier, Asia. 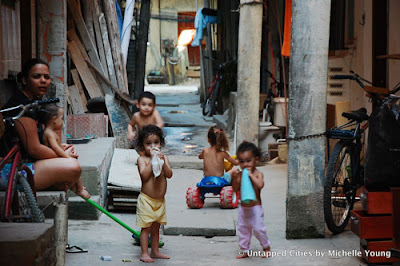 preferred method of transportation:
Bus, all the way. So much scope for the imagination, as Anne of Green Gables would say. We took bus all the way from Peru to Brazil because I had the zany goal of taking a bus from coast to coast. Even in New York City I make an effort to take the bus when I can so I can see as much as possible. Once I took an overnight bus from New York City to Columbus, Ohio for fun. I ended up meeting a jazz musician from New Orleans and someone from the Trans Siberian Orchestra on that trip who asked me to join the band. 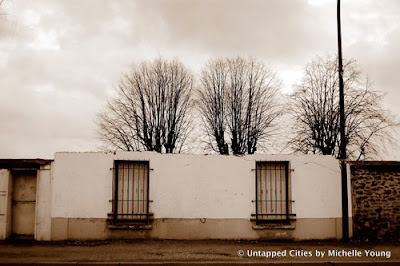 In Ivry-sur Seine, an industrial zone just outside Paris. 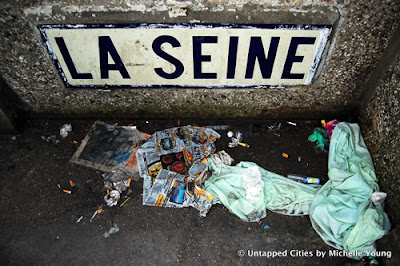 place you’ve never been but dying to go:
Middle East, all the “stans.” 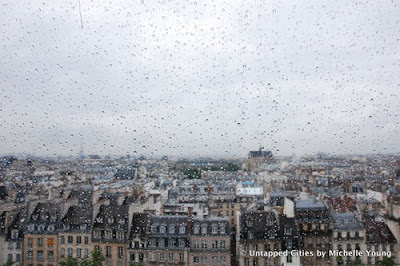 Rain at the Pompidou Center, Paris 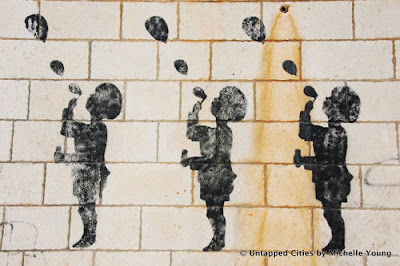 Street art at an abandoned 5-star resort in Dubrovnik, attacked by the Serbian navy during the Bosnian war. 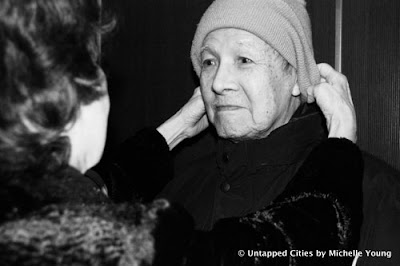 place you’d never go back:
No such place! Maybe the Port Authority Bus Terminal in NYC. It’s pretty much the fifth circle of Hell. 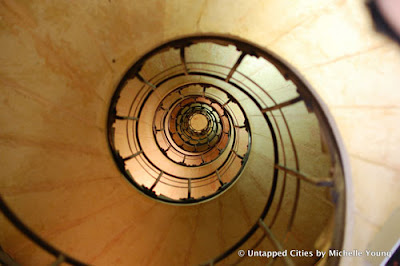 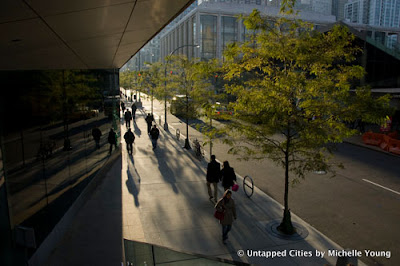 most memorable trip in 2 sentences or less:
The bus ride to Siem Reap, Cambodia from the border of Thailand on my southeast Asia backpacking trip. When it got dark along the unpaved road, the bugs and mud were flying into our faces from the open windows, and the villagers were running along the road collecting grasshoppers, I was the happiest I had ever been even. It was the moment I discovered that this was how I always wanted to travel — unpredictable, without a clear plan and open for adventure. 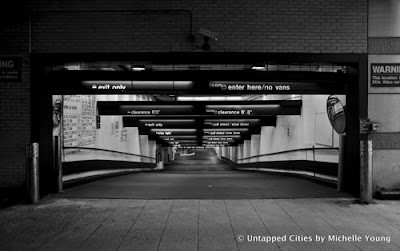 how do you prepare for a trip?
Load the iPod with new music, charge my camera, get a fresh notebook, write down the contact information of the people I’m planning to hit up, and write down my credit card information (in code). I’m pretty good at losing things. Check for my passport. Finally, I check Facebook to see who is living in the cities I’m going to (there used to be city networks—remember those?—super helpful for traveling). 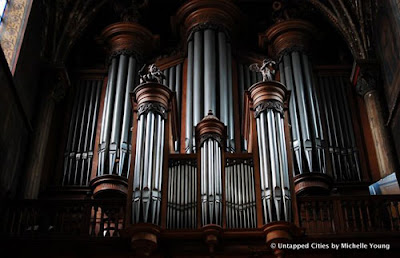 The organ at the church at St. Germain des Pres, Paris.

how do you record your travels when you’re traveling?
Notebook, preferably no lines, and a camera of course. 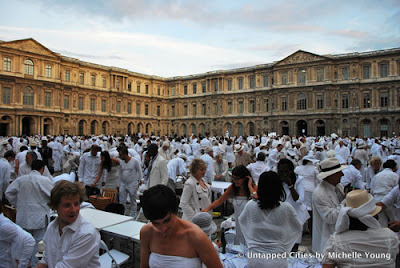 what is your favorite thing to photograph in a new place?
Hard question. I try to capture the essence of a place, the thing that makes each place resonate. I’m interested in geometry, contradiction, the stillness amidst movement. I generally shoot urban areas. Children and I naturally gravitate towards each other. 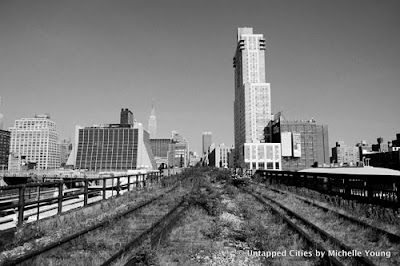 Third Section of the High Line 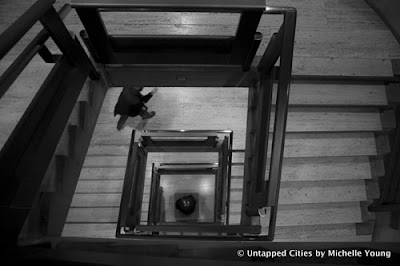 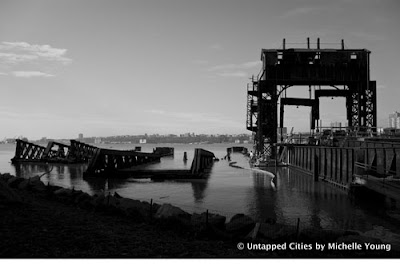 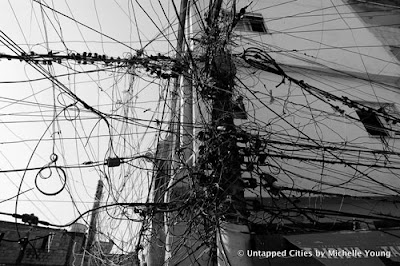 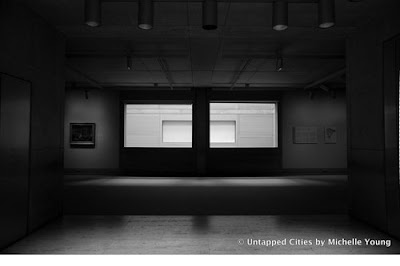 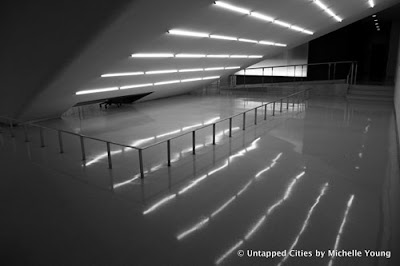 on an average, how many pictures to you take on a trip?
Always above 1000 on long trips. 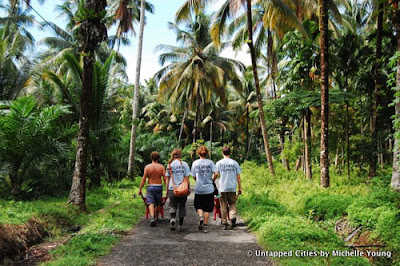 what’s in your “designer travel kit” ?

Camera: Nikon D40 with 18-105mm and 35mm fixed lens. For architecture I take a 24mm fixed lens with manual focus. I’m going to upgrade to the Canon 5D in the next year, but I’ll still take the Nikon on backpacking trips because I like to travel light,

Pack: Osprey Talon 44 for backpacking trips. Osprey Talon 33 for trips up to one week. I swear by Osprey packs because they’re light and sit great.

Clothes: Leggings, lots of boy tanks, Icebreaker layers, one A&F hoodie, cozy smartwool socks!, waterproof jacket. I worked as a merchandiser/buyer in fashion for many years and when I traveled I wanted to shed the excess and see if I could survive on a bare minimum. Now, it’s the only way I know how to travel.

– Notebook, but on my last trip to Brazil I tried out the iPad—it was great. 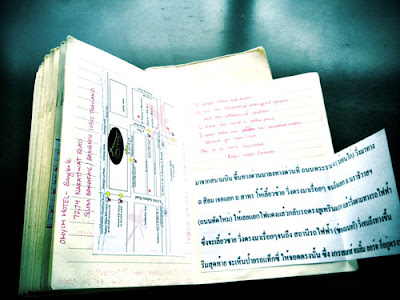 This is a page from my southeast Asia trip notebook. Before I left I pasted in maps, calendar, flight itineraries, contact information for the friends I wanted to meet up with in various countries. On another page, a friend had written out in Vietnamese the words “I am allergic to peanuts, if I eat it I will die!” to save me from accidental death by peanuts. On the left of this page are a map to my first hostel in Bangkok and directions in Thai. Above it I had written a poem by Ralph Waldo Emerson. It seems almost corny now but it really reflects the crisis I was going through at the time, having worked straight out of Harvard, doing the things I thought I was supposed to do in order to be successful. I went traveling without a plan for the first time in my life and to search deep down what I wanted to do because even at age 25, I had never thought about it before.

To laugh often and much

To win the Respect of intelligent people

and the affection of children

To leave the world a better place

To know even one life has breathed easier

because you have lived

This to have succeeded. 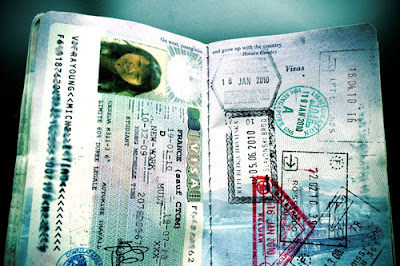 In 2009 I ran out of pages in my passport and had to get an additional packet of pages sewn in. A year and half later, I’ve got only 4 pages left. If something happened to my passport I would cry because it has all the stamps of my adventures since 2003, beginning when I accidentally bought a flight to Rome when all my friends flew to Florence.

– I admit it! I use the hidden fanny pack for my passport, extra cash and credit cards. I keep my passport strapped to my body at all times. My friend had her passport stolen when we were in Bolivia, and it was a real mess. Like…secret police, Interpol, Bolivian police, 45 hours on a bus, road block kind of mess. 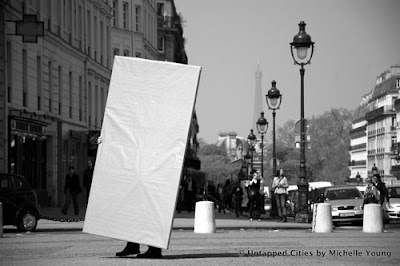 At the Pantheon, Paris. An unexpected moment while I waited for a friend.

what do you do after a trip? how long after a trip does this happen?
I edit my photographs and write an article about it for my website Untapped Cities and post the photos to Facebook. Usually happens in the days right after. 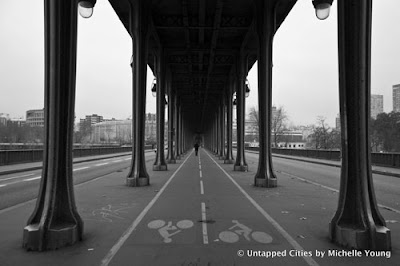 favorite souvenir/thing to bring back?
I actually don’t buy souvenirs, they add weight! I used to keep all the ticket stubs and other things but I just take back my pictures now. 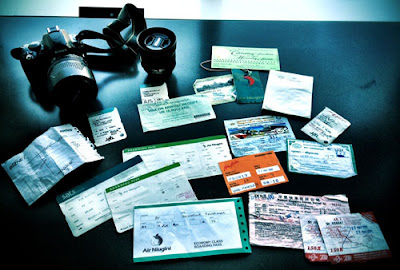 I kept everything from my first backpacking trip to southeast Asia. This is just a portion, including boarding passes for Air Niugini (the airline that flies to Papua New Guinea), bus tickets through Cambodia and Malaysia, a map a friend drew to show for me in Jakarta, entry ticket to Angkor Wat. In this pile is also a hotel notepad I found at an abandoned 5-star resort in Dubrovnik, which had been attacked by the Serbian navy in the Bosnian war and the ticket to the United States Presidential Inaugural Ball. 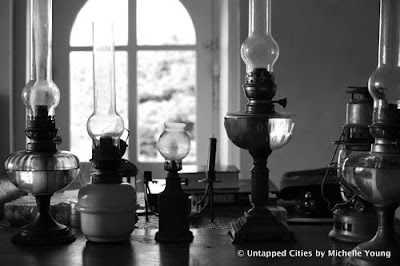 Inside a house on a private island in Brittany, France.