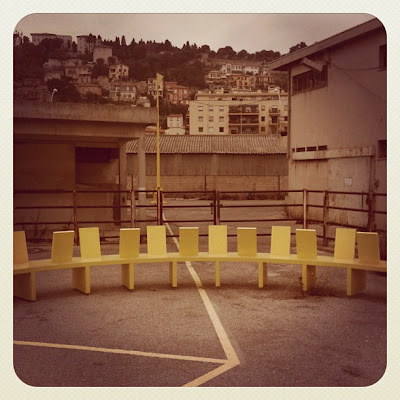 Les abattoirs is one of those French words that doesn’t just happen to make into the French language. Hearing it spoken, it sounds a bit like “les laboratoires,” which at the time made sense to me. Until then I kept asking “laboratory for what.” So 20 minutes into the visit to Chantier Sang Neuf in Nice, having the realization that I was in fact at a slaughter house was one of those wonderfully foreign moments. In any case, as part of our AirFrance adventures in Nice we got to check out this very cool contemporary art center in a former slaughter house. Our tour started in in parts of the chantier [site] closed to the public. Probably due in part to my bit of confusion as to where we truly were, the spaces were beautiful in their own right, in a raw kind of way. So it was no surprise that the “sang neuf” [new blood] breathed into this space made for the perfect shell to display contemporary art. I’ve always loved visiting museums like this where a building takes on a new and unexpected life. 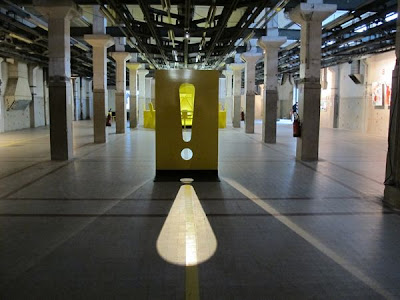 We were lucky enough to have the designer/curator, Stéphanie Marin, with us as we explored the show called Ici Nice, un carnet du voyage. Fifty artists “Niçoise”– living or working ICI [here = Nice] were invited to be part of the show and share their vision of the city. 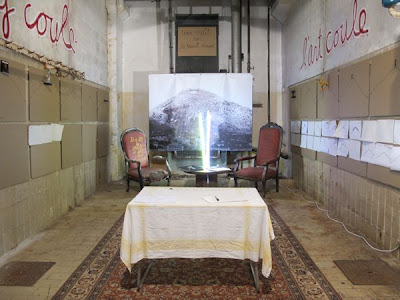 Ben’s Vautier’s “Ici Nice sur le Mont Chauve.” Visitors were invited to draw their own illustrated mountains and added them to the installation wall. I was familiar with Ben‘s work based on his more commercial pieces and signature script. 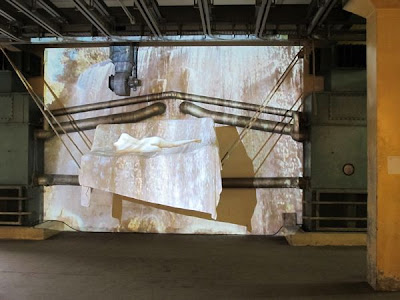 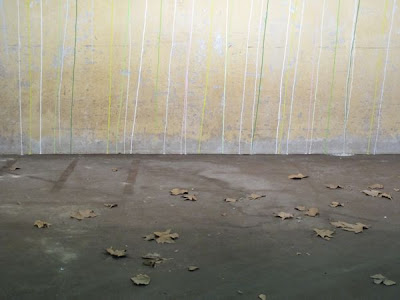 New life for the space, and even the wall becomes beautiful. 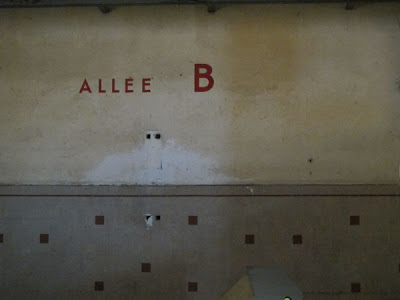 Reminders of the former space. 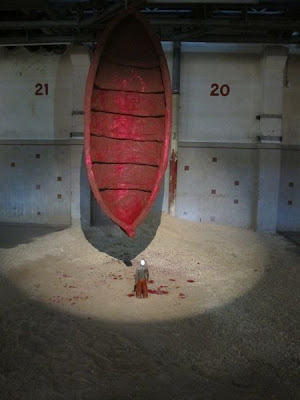 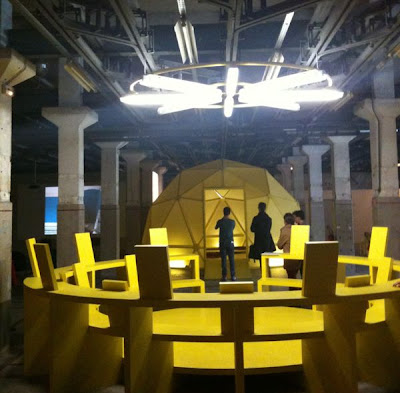 La Kunstellation by Didier Faustino is a “constellation” of yellow that connects the various spaces and buildings of the show, where exploration is encouraged from different direction and perspectives. It is carried both outside and in through temporary structures. 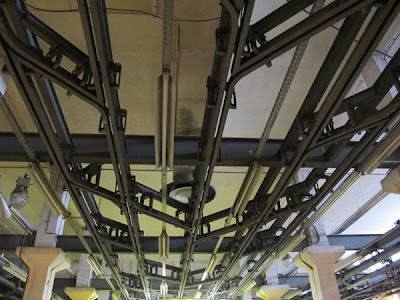 Interesting ceiling patterns in fact played a very different purpose in their original use. 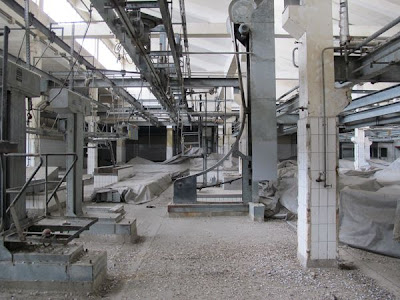 A visit to parts of the chantier closed to the public gave us a better appreciation of the existing shell and former usage. The industrial buildings were originally built in the 1960s. Slaughtering ended in 1988, and the space was used for refrigeration until 1999, when all activity ended. In 2008 the Mayor of Nice halted the destruction of the buildings to be salvaged for artists studios. 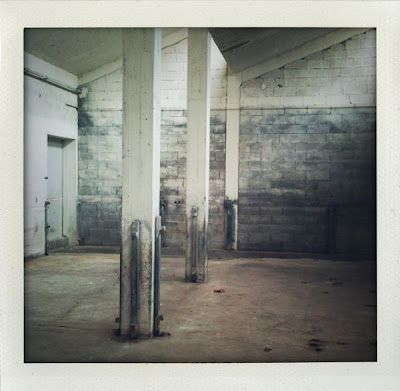 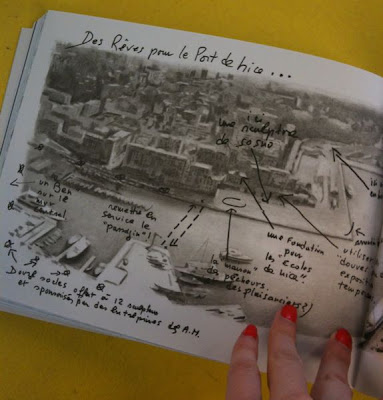 Merci to Stephanie and the Chantier Sang Neuf crew, and the team from AirFrance! This location will be also marked on my TravelBook when the AirFrance app officially launches.