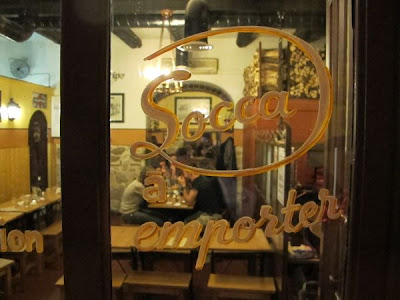 Travel is never complete without sampling a bit of the local cuisine. In Nice it was all about the socca. On our press trip we were lucky enough to hang out with the regional manager of Air France Nice. So once we had checked into our sweet hotel, we were off for socca (and to discuss social media) at one of his favorite places: Chez Pipo. 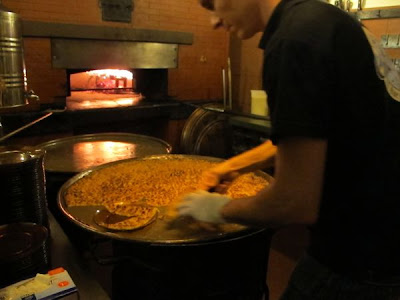 As soon as you enter you see the restaurant you see what resembles a brick oven with what resembles a pizza. But in fact, it’s socca (read here for more history in French). It has a texture and taste that is a bit like bread, but in fact socca is made from chickpea flower and olive oil. It’s not like anything I’ve ever had before, but I loved it. Each of us got our own plate with imperfectly sliced pieces. It went great with red wine. 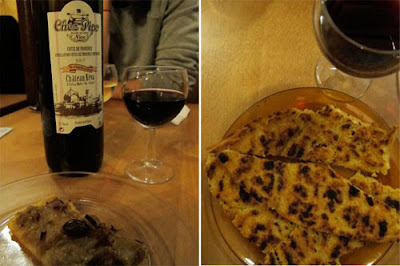 Chez Pipo has long been a staple of Nice, first established in 1928 by Pipo himself. Then in 2009 a young business man who had once spent his days there as a server decided he wanted the place to live on and took over for the long run family business to keep it alive. The great thing is that you can tell it hasn’t changed much over the years. Definitely a nice hang out for friends to go and share a good local tradition. 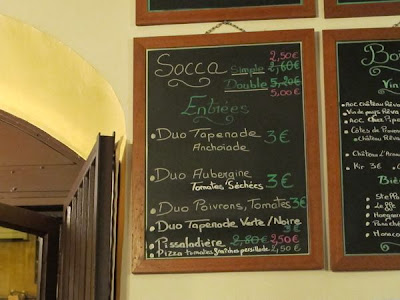 The socca at Chez Pipo was enough to be my dinner, but alas, we were in France and you eat in France. Next stop was L’Atelier [below]. Much to my pleasure there was more socca (in addition to a three course meal). Here they took a more “sophisticated” take adding salad, grilled veggies and other goodness to the mix. One thing was for sure, my first day in Nice, and I already had found a new love: Socca. 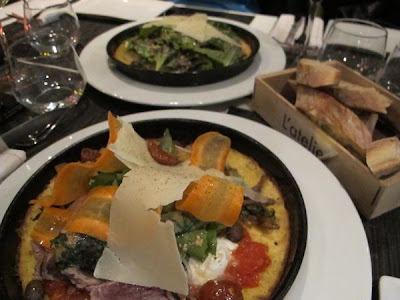 Thanks to Fred and the AirFrance social media team for keeping me well fed! Stay tuned for their new app, TravelBook, coming soon!