Anaïs and Guillaume may have met in architecture school in Nantes, but I first encountered them on twitter. Their mutual interest for visual communication and cultural specific design drew them together, and despite choosing two different continents after graduating, they needed a space to continue exploring and experiencing their ideas. That’s when George Pericles, their design and communications agency came to life. Today’s Boarding Pass comes to us from Shanghai and Rwanda, further showing the way the world is connected in exciting ways. Thanks, Anaïs and Guillaume! –Anne 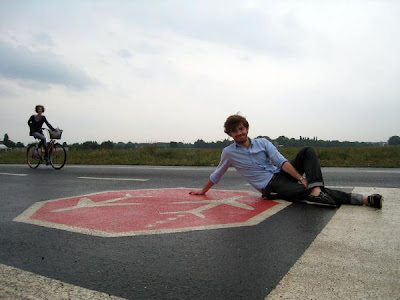 home town:
Anais: Maybe Brussels, or Nantes, or my parents’ house on the far western coast of Brittany.
Guillaume: Nantes in Brittany, just close to the ocean , but always feel home in Limousin where my family comes from. 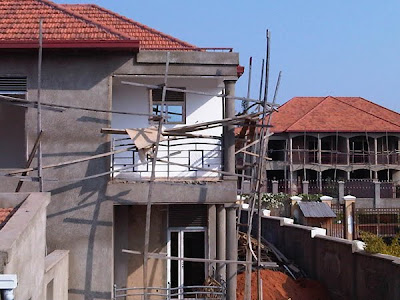 where you live now:
Anais: Shanghai
Guillaume: Kigali in Rwanda 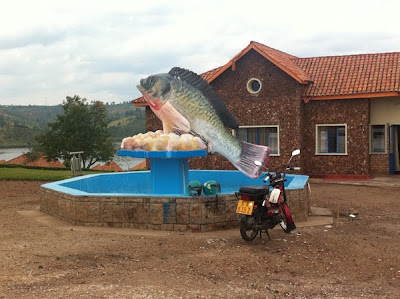 last trip taken:
Anaïs: Beijing for a much too short weekend. I have to go back!
Guillaume: Bunyoni Lake in Uganda, it’s quite amazing, it has this ability to erase all your stress. 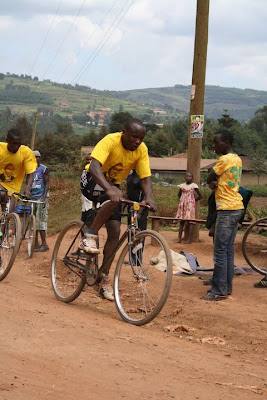 next trip on deck:
Anaïs: The southern Chinese provinces. I’ve been living in China for over a year but haven’t had a chance to experience rural China yet, so I can’t wait!
Guillaume: Road and train trip through Burundi and Malawi 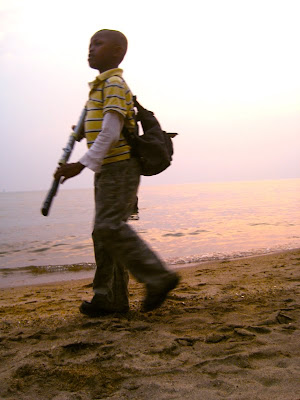 one place you would go back to again and again:
Anaïs: There are way too many places that I haven’t seen yet!
Guillaume: So cliché, but New York. 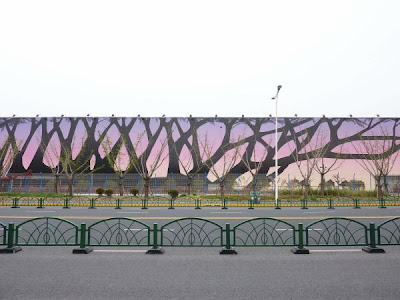 Remains of the expo :: Shanghai, China

place you’d most likely recommend a friend go visit:
Anaïs: I highly recommend my friends to come see me in Shanghai!
Guillaume: New York and Rwanda, not for the same reasons, but they both have so much to offer. 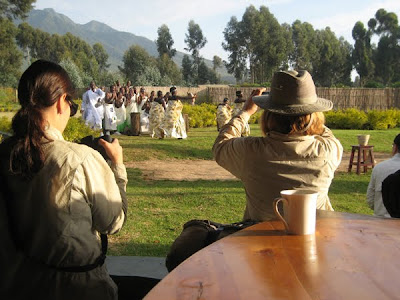 preferred method of transportation:
Anaïs: I love flying. And I love airports. I’m always excited about flying through a new airport.
Guillaume: I’m more old school, I love traveling by train, I don’t know, maybe because I don’t have my driving license… yet. 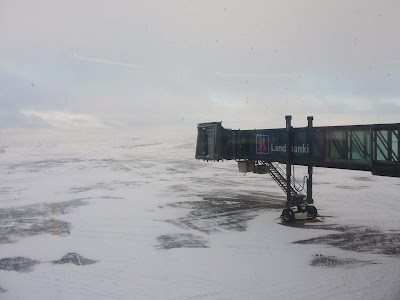 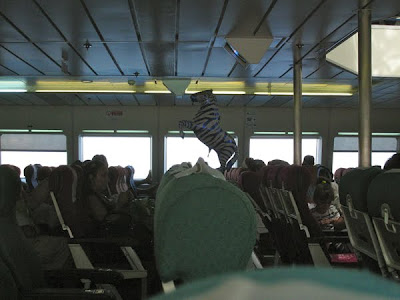 place you’ve never been but dying to go:
Anaïs: Tokyo
Guillaume: Kiribati, small islands republic in the Pacific, because in 20 years, it won’t exist anymore because of global warming. 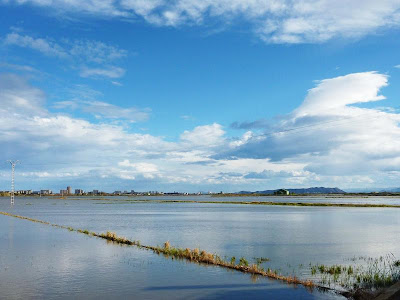 place you’d never go back:
Anaïs: Well, I like to always keep good memories. When I travel, so even it’s place wasn’t as cool as I’ve imagined, there is always something good to take out of it.
Guillaume: Vierzon in France, but I’m forced to pass through it most the time when I’m in France . I guess it’s quite unfair, I’m pretty sure Vierzon has some good things to offer eventually! 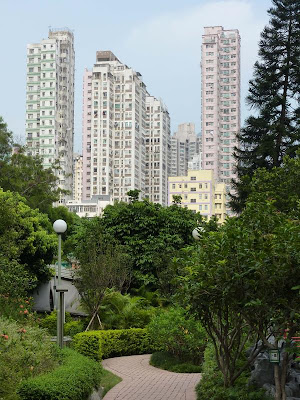 most memorable trip in 2 sentences or less:
Anaïs: My first time in Hong Kong. It was my also my first trip to Asia and Hong Kong is such a fascinating place. I love the contrast of this extremely dense and vertical city against the wild natural landscape. There is also something special about the atmosphere there. I don’t know if it’s the climate and the setting, or the unique cultural mix, I have to go back and figure out!
Guillaume: I don’t know, it’s more about little memories, like when I was living in New York. I loved to visit my friend at Mc Kibbin Street and took part to some of the crazy life of those who lived there. 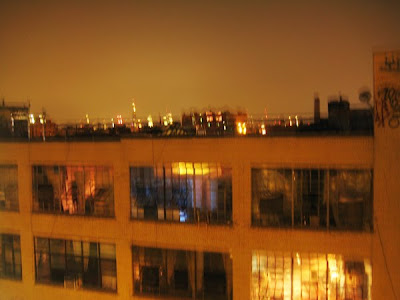 how do you prepare for a trip?
Anaïs: I usually do some random research on the internet. Not to know what to expect but rather to find out what I’m looking for. Or to create some kind of abstract idea of the place, to build up anticipation.
Guillaume: The fastest way as possible, just find some friends to travel, book the tickets and not really prepare any schedule. 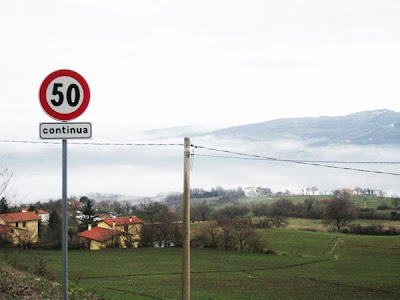 how do you record your travels when you’re traveling?
Anaïs: I take pictures and collect meaningless things that I come across (flyers, tickets, newspapers…).
Guillaume: I take thousands of useless pictures, and sketch from time to times, on the train for example. 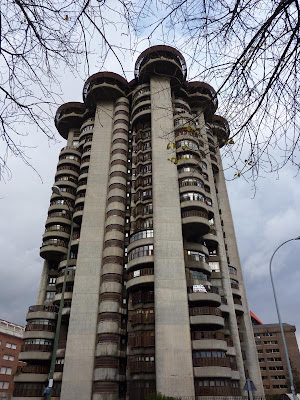 what is your favorite thing to photograph in a new place?
Anaïs: Anything that catches my eye. In touristy places it’s always fun to look for the funny/unusual things that are not meant to be photographed.
Guillaume: Details, sky, foods, useless things but when put together recreate your memories of a place. 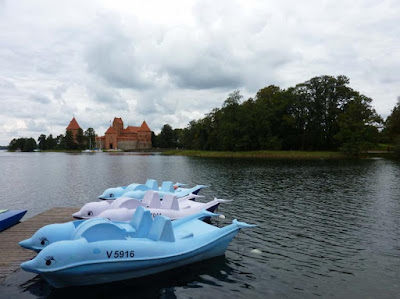 on an average, how many pictures to you take on a trip?
Guillaume: Too many!
Anaïs: I’m the opposite, I always think twice before taking a picture so when I come back I always wish I had more! 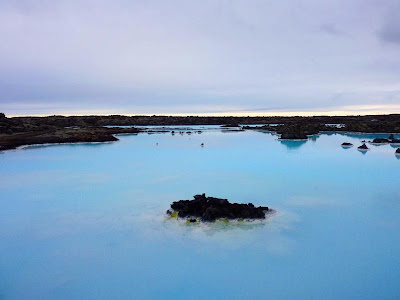 what’s in your “designer travel kit” ?
Anaïs: A small camera and a map on which I can note where I want to go .
Guillaume: Cheap compact camera, I always break mine and moleskine, not for the Hemingway legend, but because they are good sketchbooks and a very dry pencil ( 4H ). 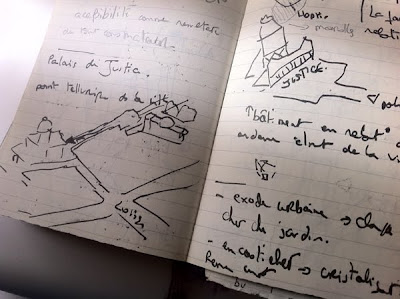 Sketches while in Brussels for a competition

what do you do after a trip? how long after a trip does this happen?
Guillaume: I’m pretty lazy on that side, I don’t really archive my trips, they’re just lost somewhere on my hard drive and sketchbooks, and from time to times I look back at my pictures.
Anaïs: Same here! 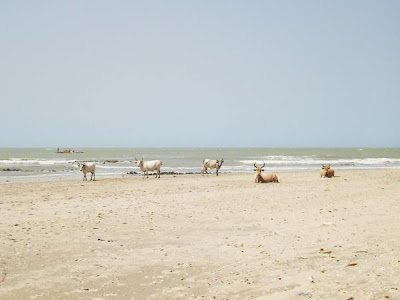 Cows on the beach :: Ghana

favorite souvenir/thing to bring back?
Anaïs: I like to keep the free maps, flyers and magazines that I find around the cities i visit. They often turn out to be more useful than guidebooks! I also like to search souvenir shops for the most kitsch improbable object to bring back.
Guillaume: I’m not really a souvenir guy, prefer pictures. Boarding Pass is a weekly column exploring the creative ways people travel and see the world.