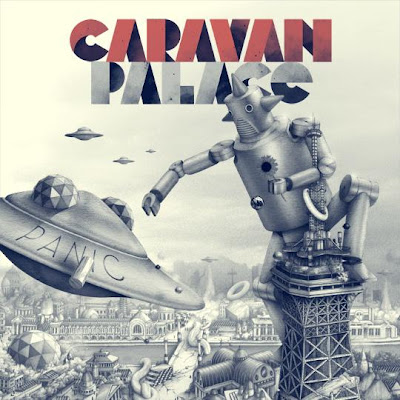 I guess you could say it’s true of anywhere, but one of my favorite things about living in France is that I never know who I’m going to meet. Over the weekend I found myself at a birthday soirée in the French countryside (a whole other post in itself!). That night at least two of the members of Caravan Palace were in attendance (and part of the dance party that went until 6am). Besides a poster on the wall I didn’t know anything about the group, until I heard one song on Sunday still in my post-party haze (they’re French, but sing in English). Then yesterday I looked up their new album (just released yesterday in fact) and came across the new release video. Vintage Paris, robots and electro-swinging vibes. Need I say more? I’m completely addicted now and downloaded the album. A must see/hear below!

The video was directed and art directed by Ugo Gattoni, alongside Guillaume Cassuto and Jeremy Pires. Amazing that it was all made in one month!

You can find Caravan Palace on myspace, Facebook + iTunes.

How to Crash a French Countryside SoiréeBoarding Pass – Katrina James